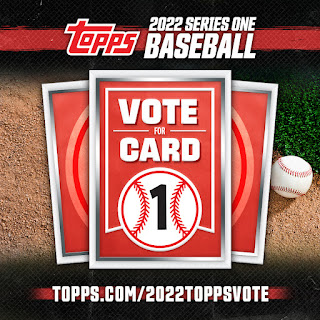 It's been an amazing baseball season, both as a fan, and as a collector of baseball cards.
My Detroit Tigers are struggling down the stretch, having lost 4 or their last 5 games, but they've won 75 baseball games, a total many fans, myself included, thought impossible, especially after a miserable first month.
On the card front, Topps Series 1 got off to a bad start as well, and why it never recovered from fans disdain for a less than likable design, it did, for me, produce a terrific looking card. 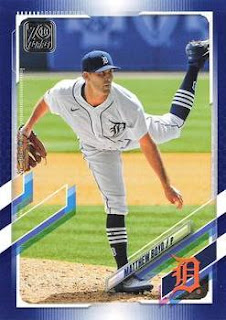 🐯⚾️  Matthew Boyd started 2021 off pitching well, the season was cut short before the All-Star Game, and he ended up having surgeon his left elbow.

Another Tigers player, Miguel Cabrera, got off to a terrible start this year, but the last 3 1/2 months have been almost as good as the vintage Miggy, including watching him hit his 500th Career Home Run, as well as collecting his 1,800th RBI, and nearing 600 doubles (597 as of this post).
Topps started it's annual fan vote for Card #1 in 2022 Series One today, and I was very surprised that Miguel Cabrera was one of the choices, and,thusly, I did my duty as a Tigers fan of 54 years and voted for Miggy to be card #1. 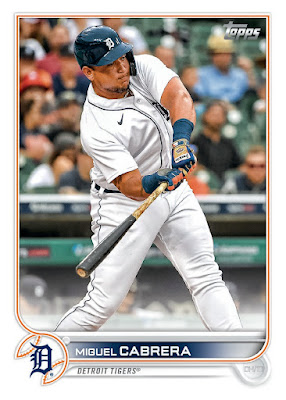 2️⃣0️⃣2️⃣2️⃣ Topps design for 2022 is a very good looking, indeed.
👉 Look, I know he won't get it, but heck, I actually think Miggy should get card #500.
You can go go topps.com , or any of Topps social media channels for the links to vote...you'll get three (3) votes each, for America League, and National League players. 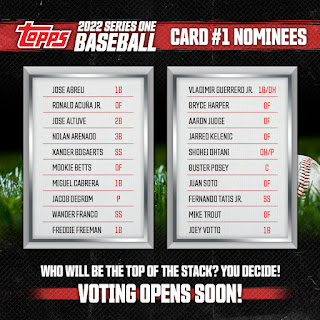 In the A.L. I voted for Miggy, Vlad Guerrero, Jr., and, Jose Altuve.
In the N.L. I voted for Joey Votto, Bryce Harper, and, Juan Soto.
I'm guessing Shoehi Ohtani will be Card #1, especially with the amazing season he had.
🗳 If you vote, let me know the players you voted for, and, who you want to be Card #1 in 2022 Topps Baseball.
Thanks,again, for your time, I appreciate it.
Play BALL! ⚾️
Posted by John Sharp at 2:04 PM