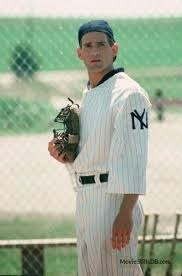 Dwier Brown was born on January 30, 1959, in Ohio, and attended Ashland University.


It's the 1989 movie "Field of Dreams" that we all know and remember Dwier from.

Dwier plays John Kinsella, father of Ray Kinsella, played by Kevin Costner, and the ending of the movie still brings me to cry every time I see the movie.

Field Of Dreams is in my top 5 baseball movies, and I watch it every time I come across it on TV.


Dwier has written a book, "If You build It,"  available at
DwierBrown.com


The book is definitely on my 2015 baseball book reafing list. 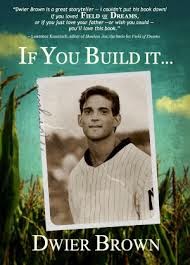 Posted by John Sharp at 3:44 PM No comments:

Sports Illustrated honors the late Mr. Cub, Ernie Banks, on one of their regional covers this week. 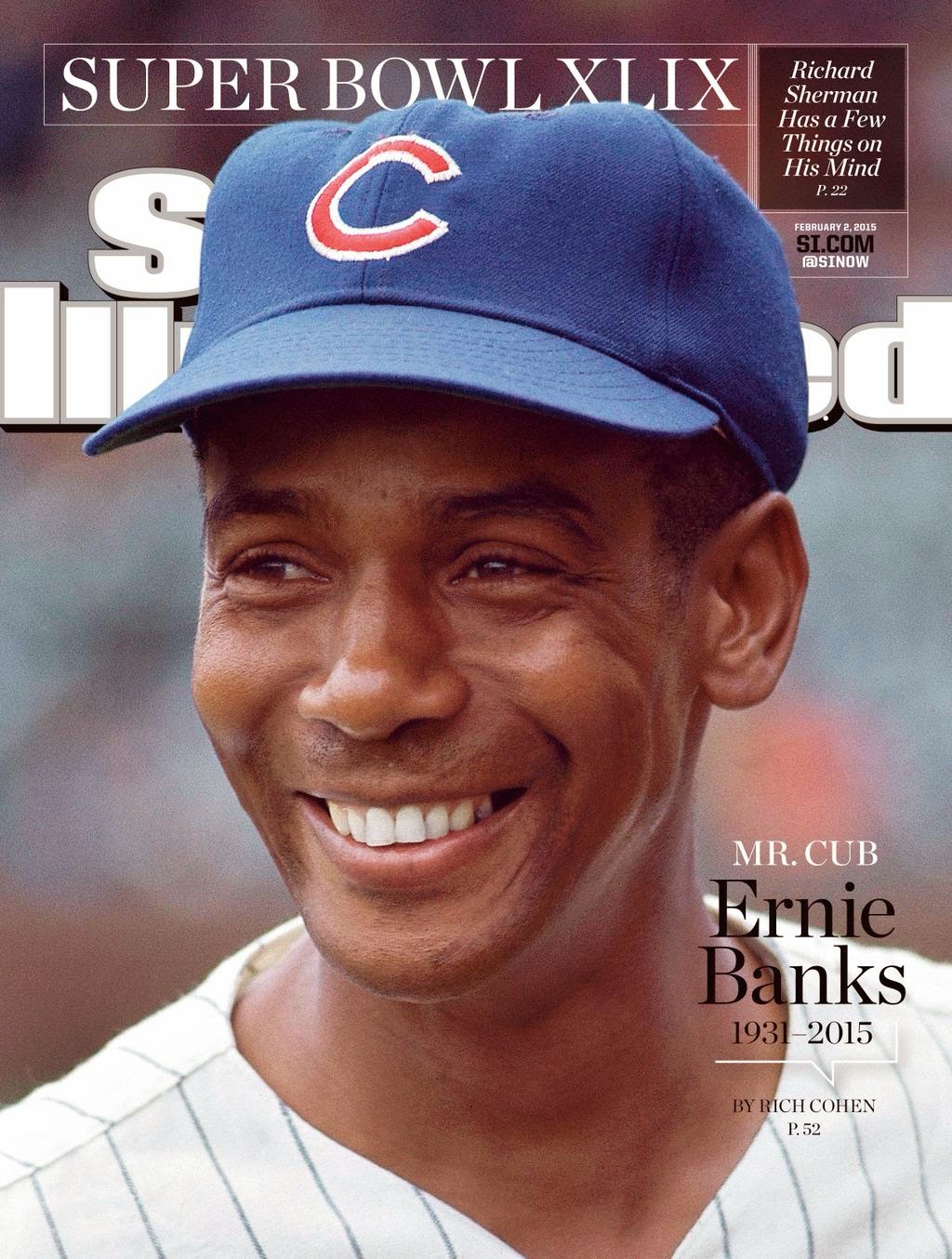 
Banks, the legendary Hall of Fame Chicago Cubs shortstop, passed away from a heart attack last Friday at the age of 83.


The regional Banks cover is available to all subscribers and newsstands throughout the Midwest.


As a baseball fan, I need to get this SI, in fact, I'm gonna buy two!

Today we celebrate Happy Baseball Birthday #178 to the great State of Michigan. 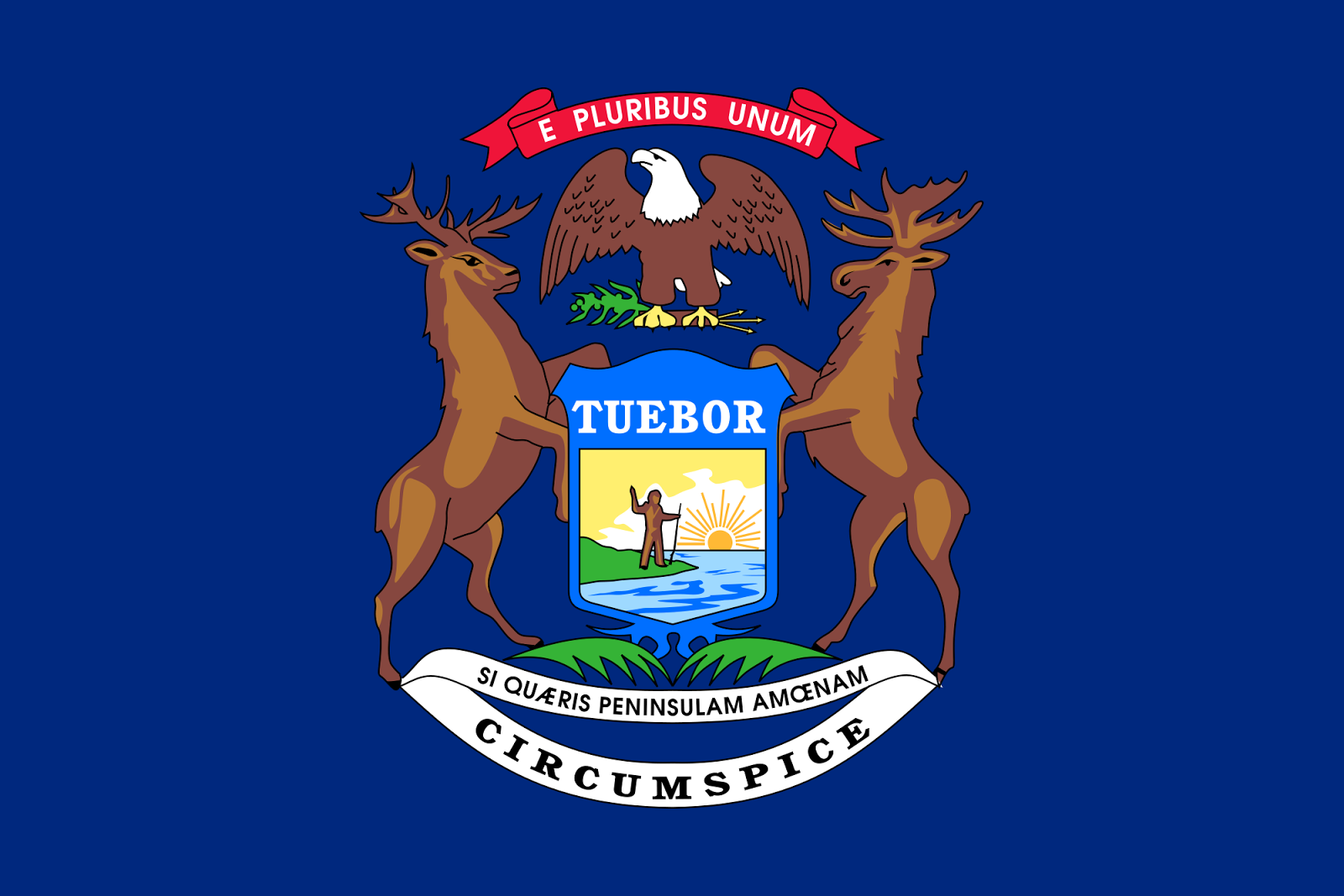 I was born in Kalamazoo,  and lived in East Lansing, Kalamazoo, Muskegon, and Portage, graduating from Portage Northern High School.


In both Muskegon,  and in Portage,  my brothers and I played a lot of baseball, both on the local sandlots, and in Little League Baseball.

My brother Robert and I even got to play together on the same Little League team, Robert at 2nd Base,  Me at 1st Base.


Michigan has a tremendous baseball history.


Kalamazoo baseball dates back to at least 1858, when the city's first "official" Village team was organized by early town residents,  including Oscar Coleman, playing many games in Bronson Park.

Bronson Park is the place where my Grandmother Sharp and Uncle Bob took us boys to play on the weekends and during the summertime in Kalamazoo.

The simple thought that as a young boy I played around in the  grass and water fountains of the same park young boys played base ball over 100 years previous,  is what makes baseball special.


Base Ball  was being played by kids in Michigan since at least the 1830s, and the State's first professional ball club, The Franklin Club,  formed in 1857.


Tiger Stadium was always the place all us kids wanted to go to, to  go watch our heroes, Al Kaline, Willie Horton, Mickey Lolich, and Bill Freehan,  play baseball.

The University of Michigan Wolverines  started a baseball team in 1866, Michigan State University Spartans in 1884, and my hometown Western Michigan University Broncos in 1911.

The very first College World Series was played in my hometown of Kalamazoo, at Hyames Field, Western's Home Ballpark. 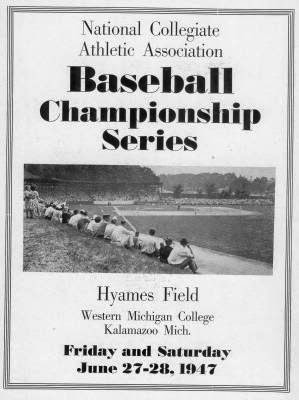 There's so much more baseball history I could write about, and the future I need to do that.


Many thanks for help in my research for this #HappyBaseballBirthday blog post go out to  Michigan's Past on Tumblr, and (@MichiganHist) on Twitter. 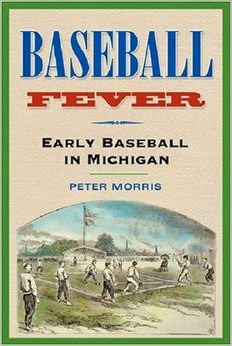 Thanks so much to that site for their help.

Follow them on their Social Media sites, it's worth getting tjosr great tweets every day.


#HappyBaseballBirthday to my home, my place of birth, the Great State of Michigan! 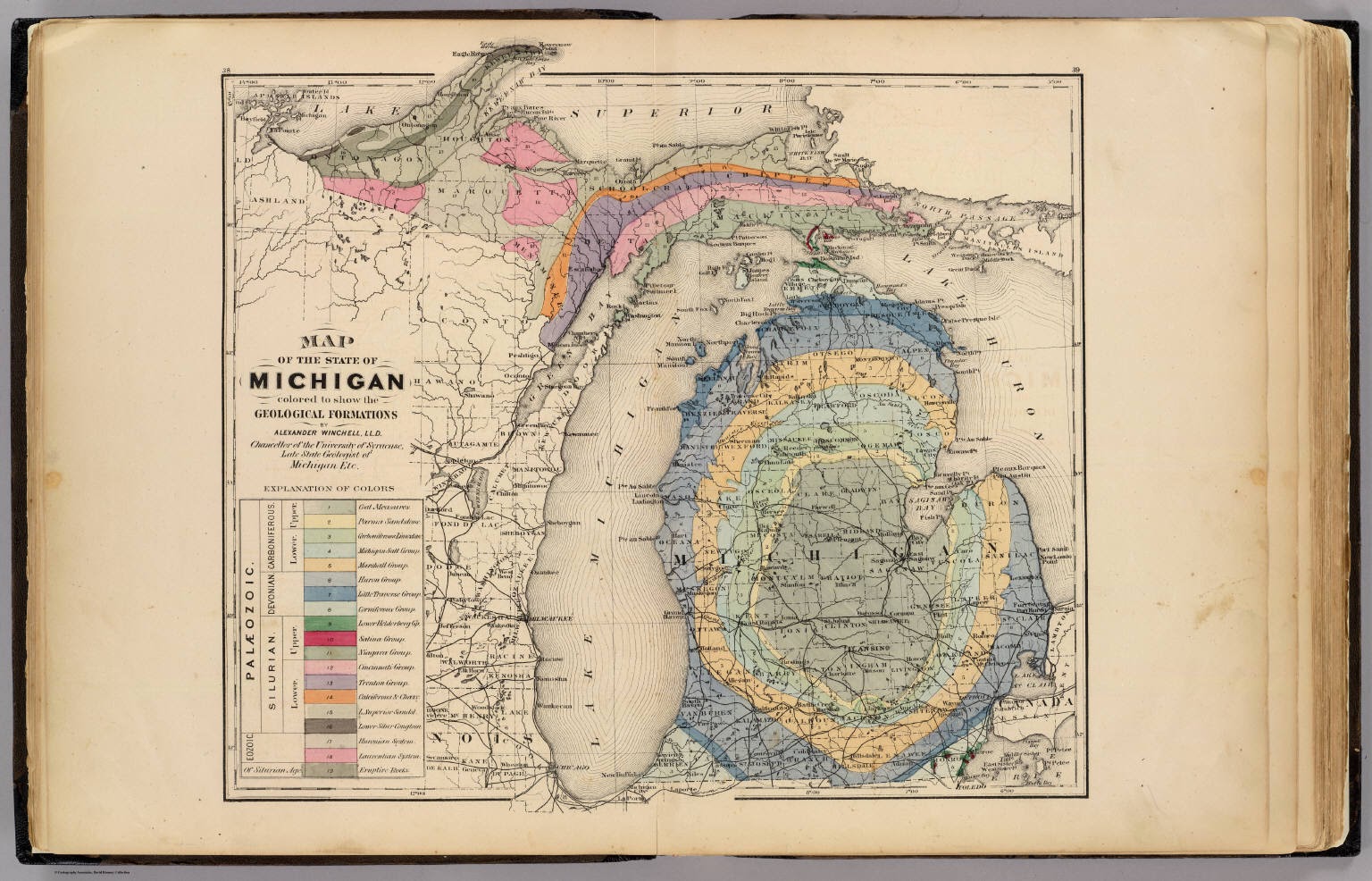 Posted by John Sharp at 1:19 PM No comments: 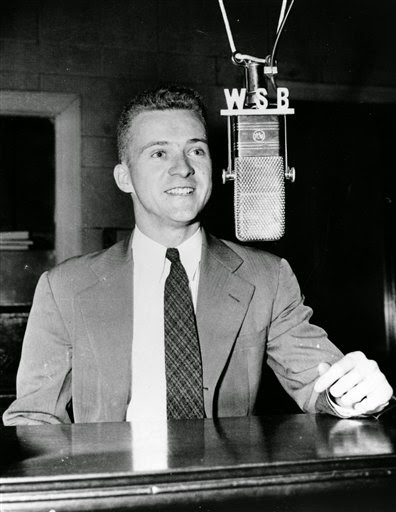 It's late, almost midnight here in Jacksonville, and I wanted to make sure I got Ernie's #HappyBaseballBirthday posted.

"...there's a pop foul out of play down the 3rd Base line...and a fine catch by a young fan from Kalamazoo. "

Changing of the Guard


Commissioner Manfred succeeds Bud Selig, who had been baseball's leader since September,  1992.

As a baseball fan I'm excited to see what the game will become under Commissioner Manfred, a life long baseball who seems to be humbled by his new position. 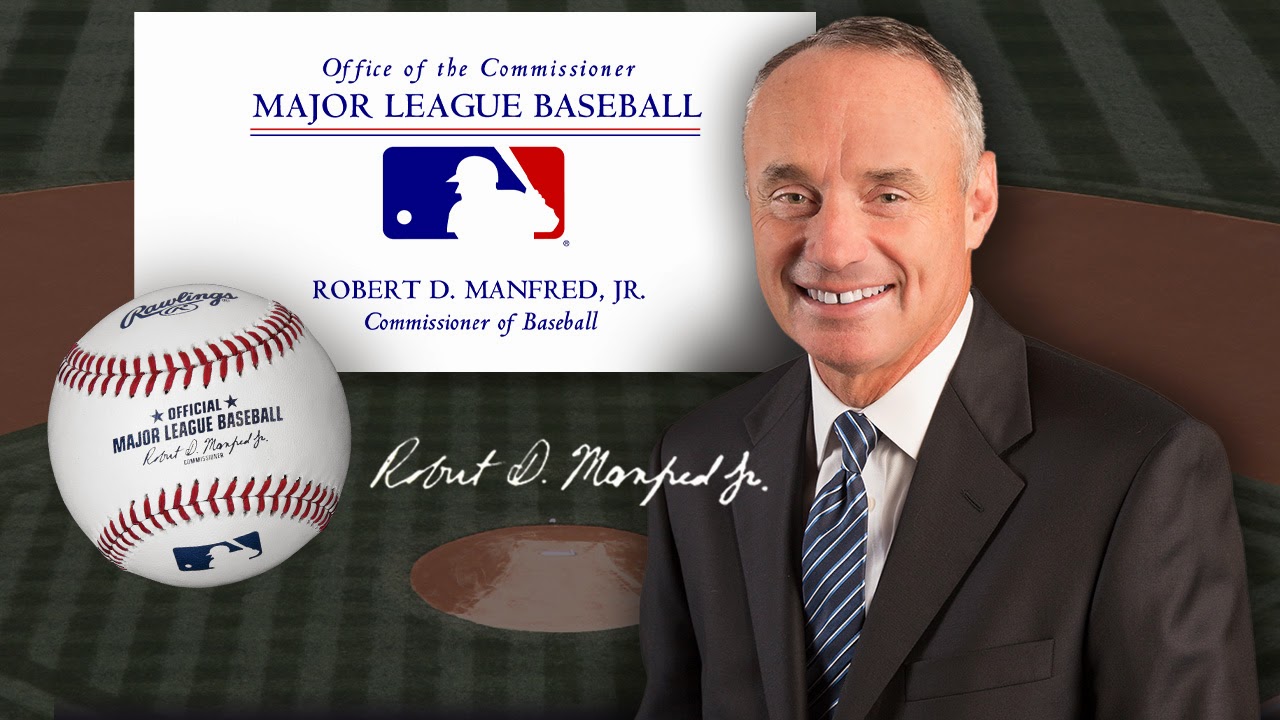 The new Robert D. Manfred Jr. baseball's are all ready to go for the 2015 season. 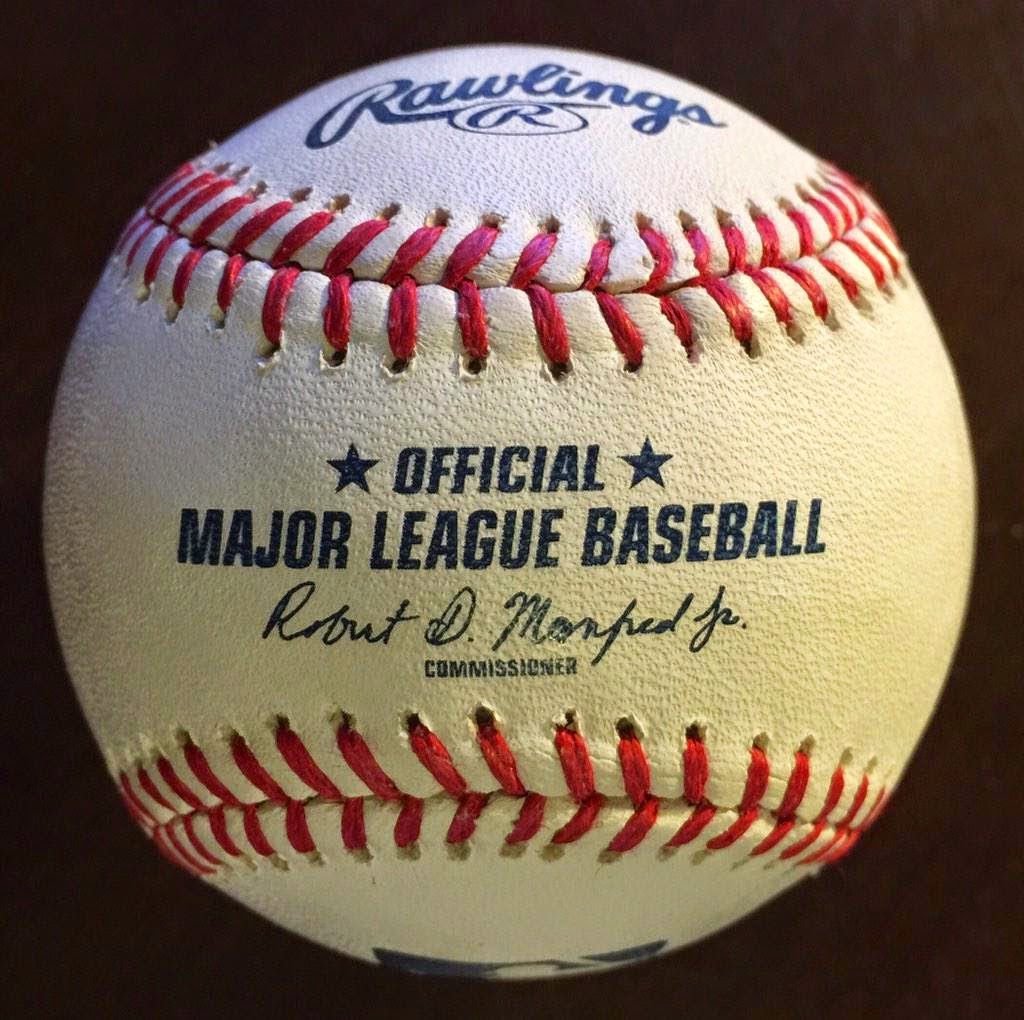 I need to get a Alan "Bud" Selig baseball. 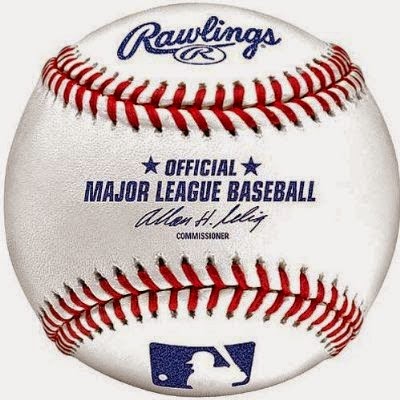 
Commissioner Manfred has a tough job ahead,  and I wish him the best. 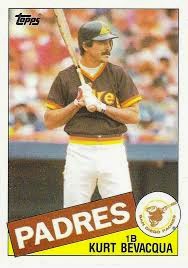 
Kurt was drafted by the Cincinnati Reds in the 4th round of the 1967 Amateur Baseball Draft.

Kurt homered of Detroit Tigers pitcher Dan Petry in Game 2 of the '84 World Series, helping the Padres to their only win of the Series.

Besides that Fall Classic home run, I'll always remember Kurt Bevacqua as the one, and only winner of the  Joe Garagiola Bazooka Bubble Gum Blowing Championship.

The event was so awesome that Bevacqua appeared on Topps Baseball Card #564 in the 1976 set, showing Kurt, then playing for the Brewers, blowing the winning bubble.

Its one of my favorite baseball cards ever. 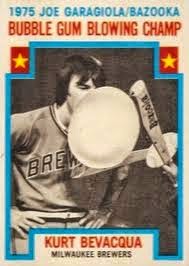 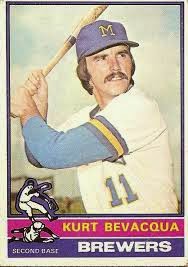 OK, I've been sick the past few days, and apparently I missed National Cheese Day.

Yes, I love cheese, mostly American cheese, although I do like a mild cheddar as well.


On honor of my love of cheese, and the game of baseball, I thought I'd post a picture of my favorite big league pitcher. 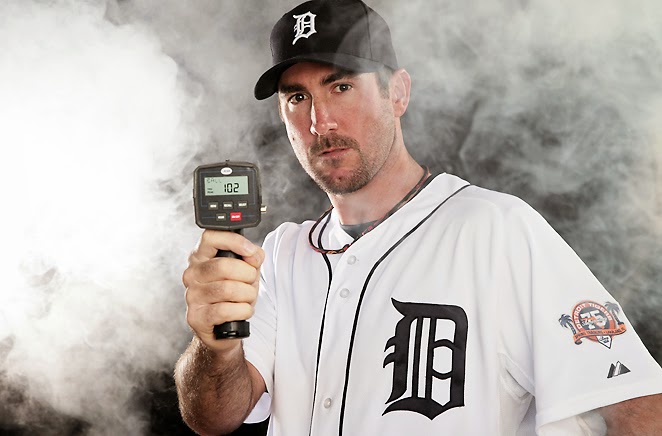 Play Ball!
Posted by John Sharp at 3:10 PM No comments: 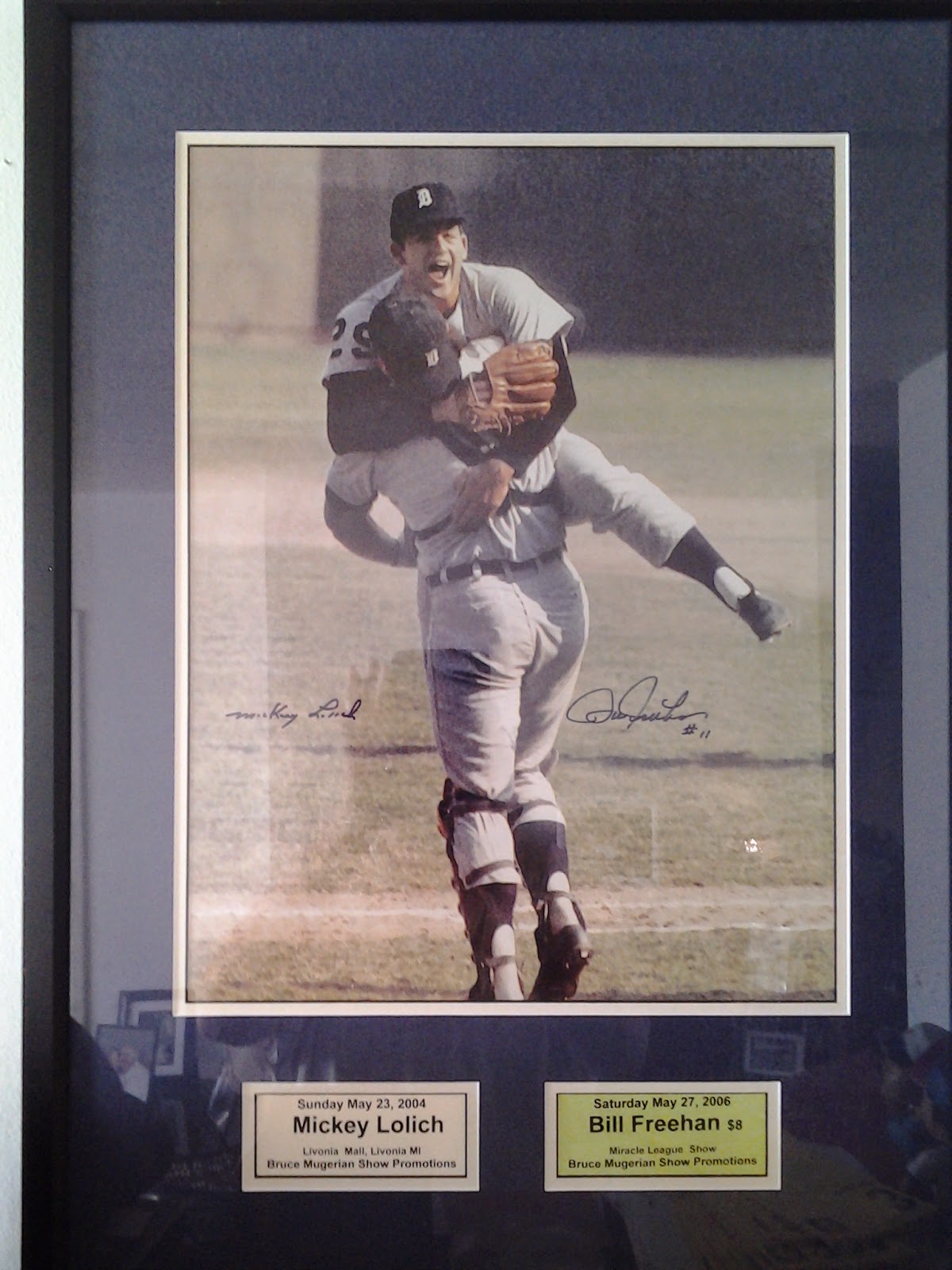 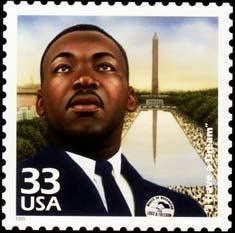 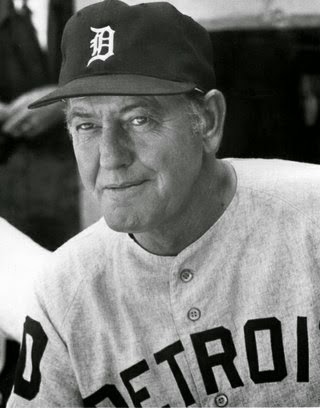 When I saw it was Mayo's birthday today, I wanted to make a post because,  as a fan of the Detroit Tigers,  Mayo has a special place in our hearts.

Mayo Smith became the Tigers manager in 1966 after the two previous Detroit skippers, Charlie Dressen, and Bob Swift, passed away within two months of each other.

Mayo took over the Tigers after the '66 season, and made an immediate impact by moving Dick McAulffe, the starting shortstop, to second base, inserting Ray Oyler, to shortstop.

The 1967 Tigers were in the American League pennant race until the final day, losing out to the Boston Red Sox.


The 1968 Detroit Tigers are my favorite baseball team.


Mayo Smith led the '68 Tigers to a 103-59 record, the American League Pennant, and the World Series Championship. 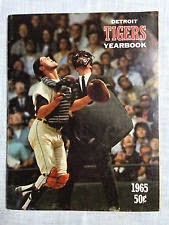 Mayo Smith made a decision with just a few weeks left, a un heard of move, a move that helped make the Tigers champions. 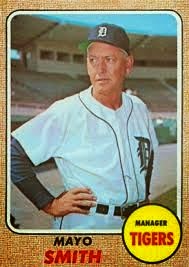 Al Kaline, the Tigers Gold Glove outfielder,  had been waiting for 15 years to play in the World Series, and Mayo had to figure out how to use all four of the team's terrific hitting outfielders, Horton, Northrup, Stanley, and Kaline, in the upcoming Fall Classic.


Mayo moved Stanley, a Gold Glove centerfielder,  to shortstop, preparing Mickey for the series vs the St. Louis Cardinals, replacing starting shortstop Ray Oyler, who was just a .135 hitter.


The move, highly criticized by the media, was brilliant, as Stanley started all 7 games, making only 2 errors vs the Cardinals.


Kaline hit .379 in the series, Northrup hit agrand slam hone run in Game 6, and tripled in Horton with the winning run in Game 7 vs legendary Cardinals pitcher Bob Gibson.

The Tigers were World Series Champions for the first time since 1945.


Mayo's baseball career was now stamped with a championship,  something he had dreamed if since he started playing proffessional baseball at the age of 18 with the Double-A Toronto Maple Leafs of the International League.

Mayo played in the minors into the 1940's, even playing for the Tigers farm club, the Rule 5 draft by the Philadelphia Athletics in 1944.

On June 24, 1945, just as World War II was ending in the Pacific theatre, Lake Worth, Florida High School's own,  Edward Mayo Smith made his big league debut fir the Philadelphia Athletics.


1945 was all the big league playing time for Mayo, who started managing in the minors, first, for the New York Yankees, from 1949-54.

In 1955 Mayo Smith managed the Philadelphia Phillies, and the team finished 77-77.


Mayo was hired to manage the Cincinnati Reds for the 1959 season.

Mayo scouted for the Yankees from 1959-66, before taking ovetas the Detroit manager.


In 1970 the Tigers struggled to a 79-83 record,  29 games behind the eventual World Series Championship Orioles.


In 1983 a group of Detroit Tigers fans created the Mayo Smith Society, and since 2004 it has awarded the "King Tiger Award"  to the best player on the team.


Mayo Smith managed the Tigers for only 3 1/2 years,  yet to me, he's probably my favorite of all the Tigers skippers, right up there with Jim Leyland and Sparky Anderson.

Posted by John Sharp at 7:16 PM No comments: 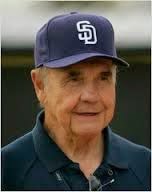 Enberg is the 2015 recipient of the Ford Frick Award, and will be inducted into the Baseball Hall of Fame in July.

Dick Enberg was the voice of UCLA basketball for 9 years, and called 8 championship seasons of Bruins basketball under legendary coach John Wooden.

Growing up in the late 1960s and 1970s Dick Enberg was just about everywhere on my tv, from college basketball, football, and the wonderful sports trivia show Sports Challenge.


The great part of the show was having two famous teams, such as the old Brooklyn Dodgers vs. their old nemesis, the New York Yankees,  or the National League All-Stars vs. the American League All-Stars.

Dick Enberg has done it all in sports, including calling California Angels baseballl games between 1968-78, the NFL, and many great college basketball games, including the famous Houston-UCLA match up in 1968, calling Notre Dame basketball ending UCLA'S 88 game winning streak, and Magic Johnson's led Michigan State's 1979 National Championship over Larfy Burd and Indiana State.


Enberg called many Rose Bowl games, including Michigan's 23-6 victory over Washington in the 1981 Rose Bowl,  the first bowl win for the Wolverines head coach Bo Schembechler.


Dick Enberg has called tennis, golf, the Olympics, baseball, boxing,  football, and will continue his baseball broadcasts this year by doing 40 play by play games for the San Diego Padres.

Posted by John Sharp at 9:35 PM No comments: