"Sleepy" Bill made his big league debut with the Washington Senators on April 18th, 1908, at the age of 28.

"Sleepy" Bill was given his nickname due to his deliberate mound presence and his propensity to sleep in the dugout during days he didn't pitch.

As soon as I saw the name Bill Burns today in Baseballreference.com, I wondered if he was the same "Sleepy" Bill Burns from the movie "Eight Men Out."

He is indeed, the same former pitcher who was involved in negotiations between the gamblers and the players.

The 1988 movie by director John Sayles tells the tale of the 1919 Chicago "Black Sox" and their throwing of the '19 World Series vs. the Cincinnati Reds.

"Sleepy" Bill Burns is played by Christopher Lloyd in the movie.

I was also surprised that Bill Burns was once a teammate of Ty Cobb, in Burns final big league season of 1912.

Today's Baseball Birthday is why I love baseball.

We learned that birthday boy Bill Burns was the same "Sleepy" Bill Burns in the movie Eight Men Out, played by the famous Christopher Lloyd, and that Burns was Ty Cobb's teammate in 1912, his last year of baseball.

Bill Burns made his mark in baseball, infamous, or not.

Posted by John Sharp at 5:18 PM No comments:

Growing up in Milwaukee, Bob loved baseball and the Minor League Brewers.

Uecker was signed by his hometown Braves in 1956.

The play by play man for the Milwaukee Brewers since 1971,
Uecker played  six seasons in the big leagues for the  Braves, St. Louis Cardinals, Philadelphia Phillies, and the Atlanta Braves.
In those six years as a big leaguer, Uecker played in 297 games, blasting 14 home runs, with 74 RBI, while hitting .200.

I remember watching "Mr. Baseball" on Johnny Carson many times in the 1970s, with Uecker never failing to make me laugh about his many baseball feats.

Uecker is beloved in the Brew City, and, of course, by many baseball fans who have seen the movie Major League, and the voice of the loveable "Harry Doyle."

Uecker became the voice of the Brewers in 1971, and has been in the tv baseball booth since doing some of the first ABC Monday Night Baseball games.

Bob's baseball feats include hitting a HR off  HOFer Sandy Koufax of the Dodgers, being a catcher on the 1964 World Series Champion St. Louis Cardinals, and being a Ford Frick Award winner in 2003.

Today we celebrate the great baseball life and times of Bob Uecker. 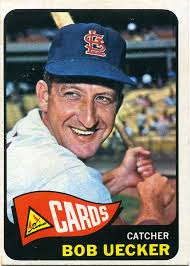 I remember watching Johnny Oates catching in the big leagues in the 1970s, mostly for the Phillies and the Dodgers.

Oates played baseball at Virginia Tech and was drafted by the Baltimore Orioles in the first round, pick , #10, in the 1967 Amateur MLB Draft.

Johnny Oates made his big league debut with the Orioles as a pinch hitter on September 17th, 1970, getting a single of the Washington Senators Dick Bosman in the 9th inning if a 2-0 Washington win.

Behind the plate Oates was a good fielding catcher.

Oates only committed 36 errors, and collected 277 assists in his big league career.

Oates took over the managerial reigns of the Texas Rangers in 1995, leading the club to thier first ever playoff appearance in 1996.

Oates wad named Co-Manager of the year in 1996, sharing the award with the Yankees Joe Torre.

Johnny Oates was diagnosed with a brain tumor in 2001, and was given just months to live.

Today we celebrate the life of Johhny Oates.

I always feel bad that Schoolboy Rowe seems to get forgotten in Tigers history, myself included.

On April 15, 1933, Schoolboy made his big league debut at age 23 with Detroit,  a spectacular six hit, 3-0 shutout over the Chicago White Sox at Navin Field.

1934, Schoolboy's second season, was his finest in baseball, producing a 24-8, 3.45 era for the American League Champion Tigers.

Today we say a Happy Birthday to the "Schoolboy," a Detroit Tiger forever. 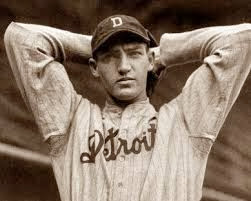 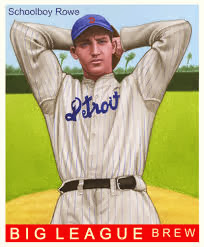 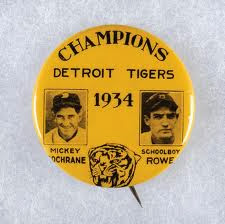 The MLB Network is once again asking fans to vote for the #Faceof each of the 30 MLB Franchises.

Is it #JustinVerlander ,  the 2011 American League MVP and Cy Young Award winner? 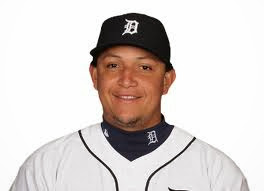 Posted by John Sharp at 7:38 PM No comments:

Just a few thoughts on this years balloting for the 2014 Hall of Fame induction into the hallowed grounds of Cooperstown,  New York, this summer.

As a member of the Baseball Bloggers Alliance,  I included Thomas, Glavine, and Maddux on my BBA ballot this year.

●As usual, controversy reared its usual madness as many former big leaguers didnt achieve the reqiured 75% of all ballots cast by voting members of the Baseball Writers Association of America.

I didn't participate in Deadspin's vote, never paid attention to anything having to do with the secret writer/ballot stuff, as it seemed just to silly.

That said, the LeBatard/ Deadspin ballot was a pretty darn solid ballot for the HOF.

The ballot contained 7 players that I voted for on my BBA ballot.

The three that I didn't have on my ballot were...Curt Schiilling, a solid pick, and two I will never vote for...steroid kings Barry Bonds and Roger Clemens.

I have stated in the past that Bonds, Clemens, Manny Ramirez, Sammy Sosa, Alex Rodriguez, will never have my support.

●Why would LeBatard, or any baseball writer, agree to such foolishness?

If LeBatard wanted to make the point that the BBWAA voting system is flawed...which it is, then why didn't he solicit possible selections for his HOF ballot through his TV show, radio show, or through social media like Twitter or Facebook?

Selling, or giving up your prized vote as a baseball HOF selector, means you really don't deserve a vote, nor do you want it, obviously.

●●●●Today the BBWAA stripped LeBatard from ever voting again for the HOF...probably what he wanted anyway, along with the publicity●●●● 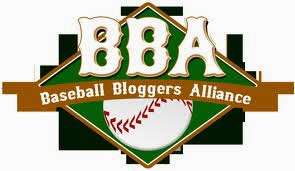 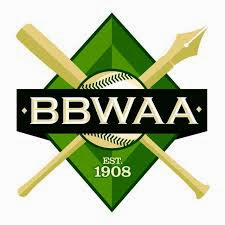 Posted by John Sharp at 5:51 PM No comments:

This Tigers pitcher belongs in BaseballHall of Fame 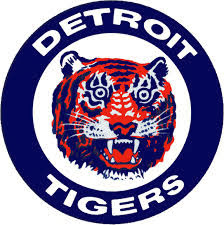 Posted by John Sharp at 5:49 PM No comments:

Hank was signed by the Detroit Tigers in 1929, and would spend 12 of his 13 years playing in the Motor City.

Hank was Inducted into the National Baseball Hall of Fame in 1956.

●●●●Did you know that Hank Greenberg was the very first big league ball player to win MVP Awards at two positions?●●●●Hank was the 1935 AL MVP as the Detroit Tigers first baseman, and again won the AL MVP as the Tigers left fielder in 1940.●●●● 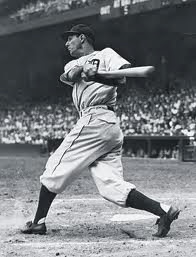 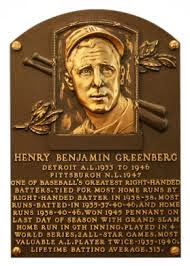 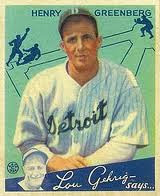 Posted by John Sharp at 9:50 PM No comments: