Last Saturday I was fortunate enough to get Nico to digitally sign the above photo of his 2019 Topps Stadium Club card by way of Twitter.


▶️ With the baseball season on hold until the Coronavirus pandemic is defeated, big league clubs on social media are finding creative ways to interact with their fans. 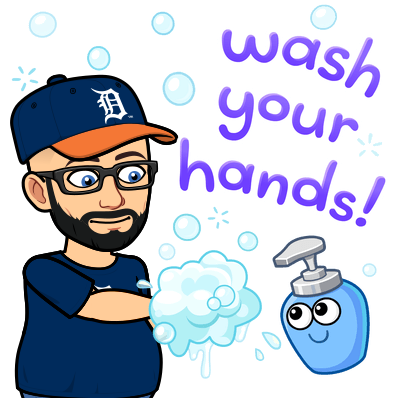 🐯My Detroit Tigers are having Signature Saturdays, asking fans to connect with players by posting baseball pictures and asking a designated player to sign their favorites.


I hope to be able to acquire a Tigers players signatures each Saturday, especially when my guy Matt Boyd is involved. 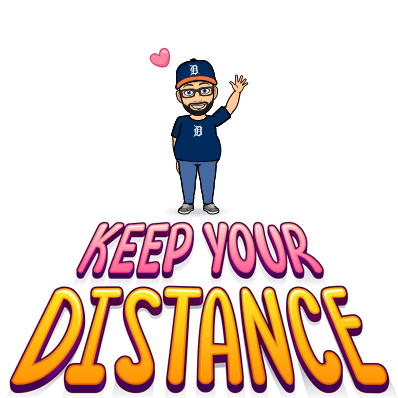 What is your favorite ball club doing to connect with you?


I hope y'all are making it through this tough time in our lives.


Remember to be smart, stay at home as much as possible, so that we can come out the other side with our health intact.


Have a great week! 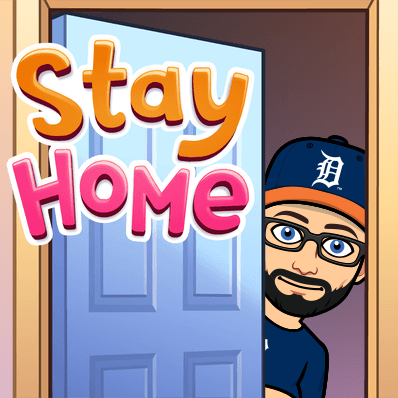 To call any card issued in the first two months of the baseball card season the card of the year is getting way ahead of ourselves.

The best card so far is gonna be awfully hard to beat out, and if it happens, well, that's going to be one heck of a baseball card. 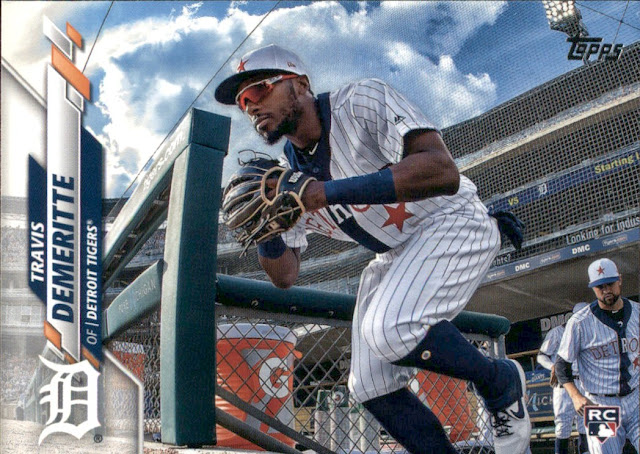 I know I'm a Tigers fan, but as soon as I saw the image of this card on eBay, well, I thought, hey, this shot never happens to a Tigers player.

To make the card even better, Demeritt is coming out of the home dugout wearing the the beautiful Detroit Stars uniform from Negro League weekend.


Travis Demeritt was acquired by my Detroit Tigers at last year's trading deadline, July 31, from the Atlanta Braves.... pretty cool that Topps got this shot and was able to get it into Series 1 .


I'm a positive baseball fan, and I like the way these young guys in the Detroit outfield play, and have fun playing.

Hey, there not Cobb, Kaline, or Heilmann, but they're the guys putting on the Olde English D, and  that's good enough to make me root for you.


We'll see our heroes play baseball at some time again, until that happens, keep collecting and posting on your awesome blogs.

➡️ I've gotten two of these cards of Travis so far.

I got one from eBay, and then, soon after it arrived, I got a hot pack with six Tigers players in the pack, including this cool RC of the Tigers right fielder. 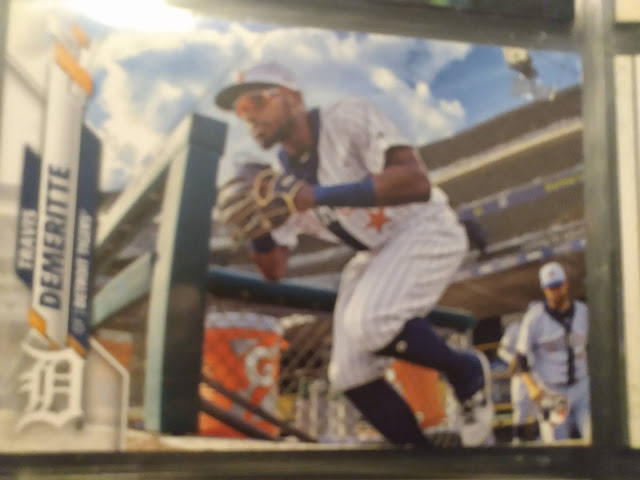 It's gonna be fun trying to acquire as many of the rainbow versions of this beautiful card. 👍