This week I received a terrific addition to both my collection of Tigers cards, and the ever growing Catchers Card Binder.
👉 First, begore I get to that, please go to Sports Card Collector's and check out this awesome giveaway. 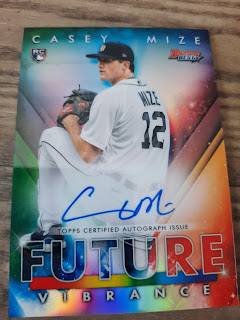 🔥🔥🔥🔥 Yeah, that's a autographed Casey Mize card...you know I'm already entered.
🐯⚾️ I'm a day late posting this cool 1958 Topps card of Tim Thompson for Tigers Card Tuesday! , but it's to good looking of a card to wait for next week. 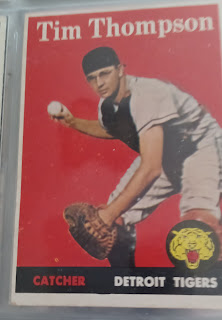 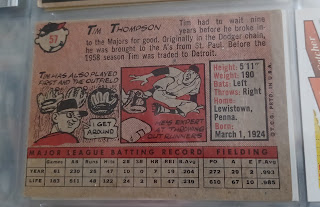 Saw this card on a Twitter post, immediately searched for it, as I knew it was a much needed addition.
🐯Charles Lemoine Thompson played briefly for the Detroit Tigers in 1958, appearing in just 4 games, collecting just one base hit in 9 plate appearances.
🤔 I'm wondering how Thompson got a card in the 1958 set as a Tigers player, when card #57 is early in the set, and he previously hadn't played in Detroit.
👉 Thompson was 30 years old when he debuted with the old Brooklyn Dodgers in 1954, appearing in 10 games.
Thompson played for the Kansas City Athletics in 1956 and 1957 before finishing up his big league career in the Motor City.
🟨 There's two different versions of this addition, as was accustomed back then with Topps. 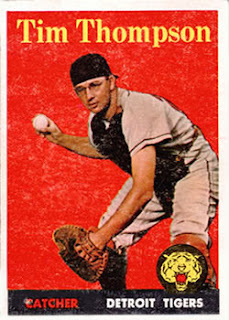 I'm not gonna chase the yellow card, but if I come across it, fine.
😥 This past October, Mr. Thompson passed away at the age on 97.
We send out our condolences to his family and friends. 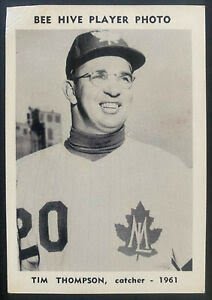