Life is a Ballgame

Life is a ballgame, the song played at the end of the movie 42, is one of my favorite songs, combining my love of baseball and my faith in Jesus.


Here are the lyrics, and a video to the song perforned in the 1950s by Christian singer Sister Wynon Carr.

Life is a ballgame

Life is a ballgame

Jesus is standin' at home plate

Waitin' for you there

Life is a ballgame, but

You've got to play it fair.

First base is temptation,

The second base is sin

If you pass you can make it in

Ol' man Solomon is the umpire

And Satan is pitchin the game

He'll do his best to strike you out

Daniel was the first to bat

You know he prayed three times a day

When Satan threw him a fast ball

You know he hit it anyway

Job came in the next inning

Satan struck him in every way,

But job he hit a home run

And came on in that day.

Prayer will be your strong bat

To hit at Satan's ball

And when you start to swing it

You've got to give it your all in all

Faith will be your catcher

On him you can depend

And Jesus is standing at Home Plate

Just waitin for you to come in.

Moses is standin' on the side lines

Just waitin to be called

And when he parted the Red Sea

He gave Christ is all-in-all

John came in the last inning

When the game was almost don

Then God gave John a vision

And he knew he'd all ready won.

The Ball Game / Life is a Ball Game

Posted by John Sharp at 2:50 PM No comments:

Merry Christmas to all the great baseball fans out there.

May Santa bring you all your Christmas wishes. 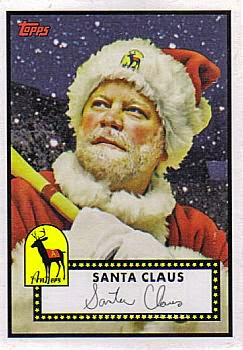 Posted by John Sharp at 8:13 PM No comments: 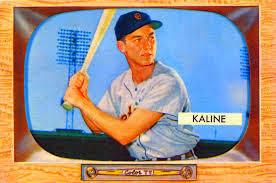 Posted by John Sharp at 2:54 PM No comments:

In early January the National Baseball Hall of Fame will announce the election of the newest members of Cooperstown, baseball's highest honor.


As usual, there are arguments for and against all eligible players on the ballot, as cast by members of the BBWAA.

As a  member of the Baseball Bloggers Alliance it is my honor and privilege to cast a ballot for the BBA and its 200+ bloggers.

This year the BBA tweaked the ballot to allow a "Yes" or "No" vote for all eligible ballplayers.


Its too much to go through each name on my ballot so I've linked each players baseballreference.com page after their name.


Everyone knows how I feel about Trammell and his playing in Detroit and not New York, Los Angeles, or Chicago as the reason writers are holding him back from election.

The Hall of Fame is something special,  and it takes a special ballplayer to get into Cooperstown.


I continue to vote "no" for the likes of Barry Bonds, Roger Clemens, Mark McGwire, out of respect for the game I love.


To many times I've written in disdain for the BBWAA for keeping great ballplayers like Jim Kaat, Tim Raines,  Dale Murphy,  Lou Whittaker,  and Jack Morris from their rightful place in the Hall.

Lasy year I couldn't understand how a great ballplayer like Craig Biggio couldn't get elected.

3,000 hits, no frills, no steroids or controversy,  but he plays in Houston,  and didn't win a World Series.

Edgar Martinez was a designated hitter for most of his big league career, starting as a 3rd Baseman for the Seattle Mariners.

Martinez wasn't just a DH, he was the best DH in baseball history, and belongs in the Hall as the FIRST DH in the Hall of Fame.

Well, thats my ballot, the men I believe belong in the hallowed baseball museum in Cooperstown,  New York.

Ill be back with the update after the elections early next year.

Posted by John Sharp at 5:34 PM No comments:

Baseball card collectors everywhere, myself included, lost a little piece of us on Sunday when Topps Cards pioneer and baseball card legend Sy Berger passed away at the age of 91. 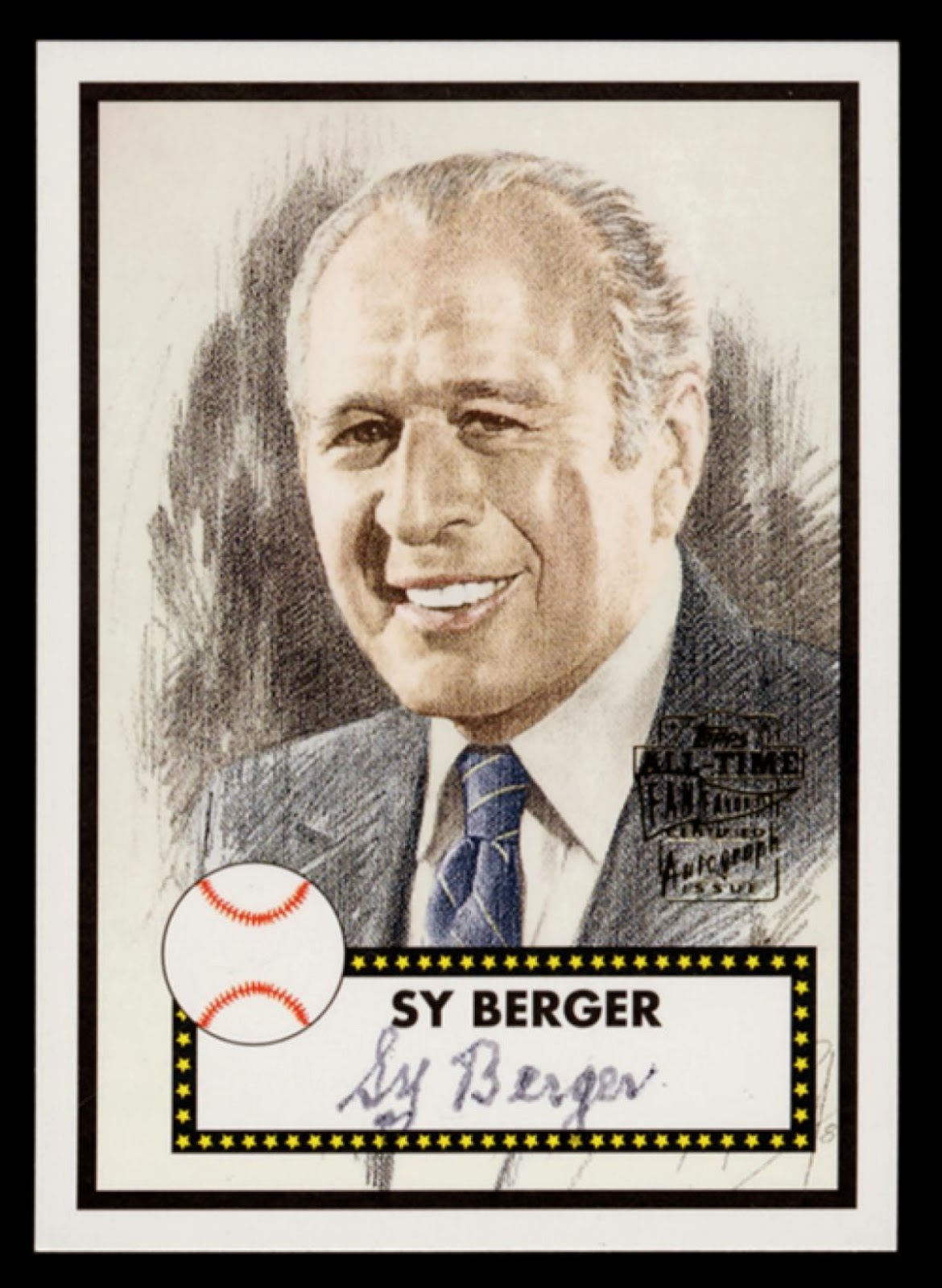 There have been many tributes the past couple of days, and I'm late in writing this post since I first saw the news on Twitter on Sunday.


To me it's from baseball card collector Keith Olbermann...


Growing up collecting baseball cards in the 1960s and 1970s meant one thing...Topps Baseball Cards...Series 1, and Series 2.

It took all year to collect the entire set, if you could, because Topps released the first series during Spring Training, and then waited until the fall to release the second series.

It was a labor of love for me, and from 1968-1980 I acquired one complete Topps set every year, collecting many doubles and triples of cards through the years.

I would always separate my Detroit Tigers cards from the set, waiting on those doubles and triples to complete the 660-762 card sets that Sy Berger put together.


And, of course, my first priority every year was to open a Topps pack containing a Bill Freehan card. 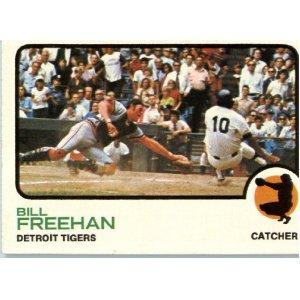 Sy Berger arrived at Topps in the late 1940s, and sitting at his kitchen table created the iconic 1952 Topps Baseball card set.

Today's collecting for me is picking up a pack of Topps at Walmart, and maybe a trip to the local card store if I can afford to.

I'm already very excited for 2015 Topps, and I've made it know to my better half that I want an entire box of cards for my 55th birthday in February.

I'm sure the folks at Topps will have a special Sy Berger card for us to collect in the set.


God Bless you Sy, we love you and will see you at the big card store in Heaven one day.

I love baseball themed SI covers, and I'll have to go out and get this issue.

The best part of the cover?

I'm sure the issue will be flying off the shelves on Chicago's North Side this week.

Why is it so hard to elect players to the Baseball Hall of Fame?

The other day the Golden Era Committee failed to elect anyone into the 2015 Class of the Baseball Hall of Fame.

All the players on the ballot were active between 1946-1972, and the committee is made up of HOF players, broadcasters,  and media members who know the game. 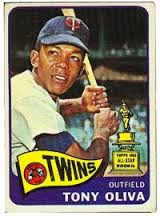 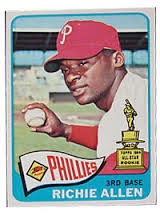 This is not a post to detail the merits of any one player, but I found it frustrating as a lifeling baseball fan that Gil Hodges, the former Brooklyn Dodger first baseman and Manager of the 1969 Miracle Mets received just 3 votes. 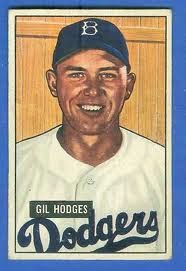 Hodges three votes,  and the fact that no player was selected is the reason I'm writing this.


In addition,  two BBWAA members have already announced that they will not even bother to cast a ballot for 2015 because the ballot will not be increased to 15 names.

I'm a baseball blogger, and am honored to be able to cast a HOF ballot every year as a member of the Baseball Bloggers Alliance.

Every year I vote for players that I believe belong in the HOF, and there has never been a year in which I couldn't find worthy HOF candidates.


It's almost tine again to vote for the Class of 2015, and I will again place Jack Morris, Alan Trammell,  Dale Murphy, and Tim Raines, to name a few, on my ballot.

It amazes me that year after year the various writers and committee's entrusted to vote for baseball's highest honor fail to accomplish the simple task of placing 10 players names, or 12 in case of the Golden Era, in selevtion to Cooperstown,.


Craig Biggio collected over 3,000 base hits in his career, and yet has failed to appear on the required 75% of the BBWAA voters ballots.


Why do voters find it so hard to vote for 16 time Gold Glove Award winner Jim Kaat, or pinch hitter extrodinare Minnie Miniso. 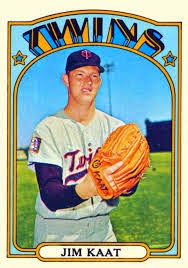 According to baseballreference.com  18,408 players have officially been a part of big league baseball since 1871.

According to the National Baseball Hall of Fame just 211 ballplayers have been enshrined at the HOF in Cooperstown, New York.

Just 211 players out of 18,408, and only 306 total members when you include owners, Negro Leaguers, umpires, and managers.

Yes, it should be hard to get into the HOF.

In the days since the failure of the Golden Era Committee,  there have been plenty of articles and posts on social media denouncing the committee for it's neglect, including this one by  Rolling Stone Magazine.

I know there are baseball purists out there who like the limited number, and there are new baseball Sabrmetrics fans and writers who believe many in the HOF don't belong.

Here's a terrific post at Baseball Past and Present by my Twitter friend Graham Womack on why no player shoukd be kicked out of the HOF.

Yes, there have been players who've gotten into the HOF because of friends, fellow ballplayers, but there has also been many snubs for the same reason.

The most hated, mist despised player in baseball between 1871-1936, one Tyrus Raymond Cobb,  received the most votes,  and was the very first player ever elected into the HOF. 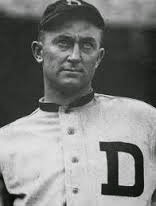 If player's back in the day can put in the one man they despised the most, then surely voters on the Golden Era, Veteran's Committee,  and the BBWAA can start doing their job and elect deserving baseball players into the HOF.

Madison Bumgarner is your 2014 Sports Illustrated Sportsman of the Year

Bumgarner was simply spectacular in the 2014 baseball playoffs, leading the Giants to their 3rd World Series Championship since 2010.

The World Series Most Valuable Player, Bumgarner came on to pitch five scoreless innings of relief in Game 7 just two days after his Game 5 victory over the Kansas City Royals at A T & T Park in San Francisco.

Madison Bumgarner was born on August 1, 1989, in Hudson, North Carolina.

Madison attended South Caldwell High School in Hudson and was drafted by the Giants with the 10th pick in the 1st round of the 2007 Amateur Player Draft.

The very first SI baseball Sportsman of the Year was Brooklyn Dodgers LHP Johnny Podres in 1955.