What a weekend it was for sports teams from the Great State of Michigan!
🐯⚾️ First, our Detroit Tigers went to the dungeon know as Tropicana Field and survived a meltdown on Friday night to come back with wins on Saturday and Sunday, splitting the 4 game series, and winning the season series.
The Tigers shut out Tampa Sunday afternoon, with starting pitcher Wily Peralta tossing 7 scoreless innings.
❌ One of my favorite Twitter follows is Umpire Scorecards, a page that shows each Home Plate Umpire's performance from the previous days games. 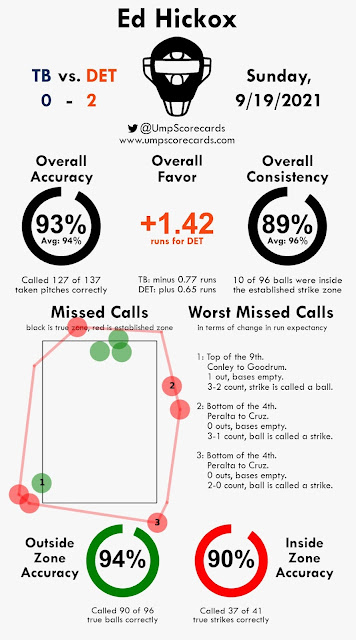 😎 The human element is such a huge part of sports, and, as bad as some umps are, most are really good at a job that's far from easy.
Give them a follow if you are on Twitter.
🏈 Michigan, Western Michigan, and Michigan State all won their games on Saturday, which doesn't always happen.
👉 Michigan beat Northern Illinois at The BIG House, the Broncos upset Pittsburgh, at Heinz Field, and underdog Sparty went down to South Florida and beat the Hurricanes.
🦁🏈 What a fine end to a great football weekend it'll be if our Detroit Lions could beat the Packers at Lambeau Field tonight.
The Lions have only won once in Green Bay since 1991, and tonight the Lions will try and beat a Packers team that was humiliated by the Saints in Week One.
1️⃣2️⃣ One more thing that made the weekend awesome was 45 year old Tom Brady throwing 5 TD passes against the Falcons, giving the former Michigan QB 9 TD passes in the two games so far in 2021.
3️⃣ Our friend Fugi posted a cool collecting idea that I hadn't ever though about.
So, here's a trifecta to show....I'll start with Matthew Boyd, my current PC.
RC)                                2015 Topps Update GOLD 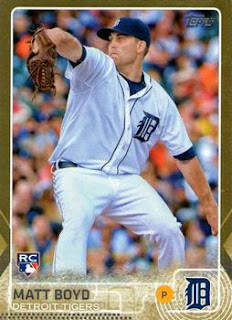 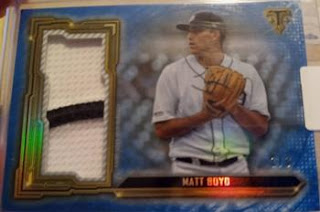 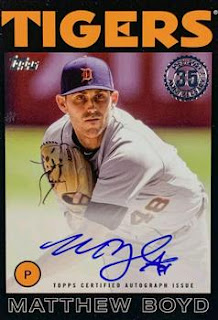 This is a cool idea, and I hope to see more posts using the trifecta of cards.
1️⃣9️⃣7️⃣0️⃣ Over at The Shlabotnik Report, 1970s, A-Z, one of the players in the post is former slugging 3rd Baseman of the White Sox, Bill Melton, my favorite ChiSox player of All-Time. 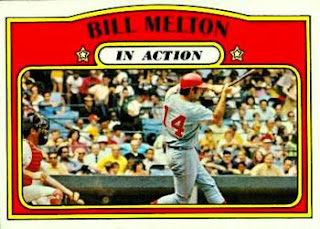 4️⃣6️⃣ This afternoon in Cleveland, baseball history was made as Kansas City Royals catcher Salvador Perez hit his 46th home run, a big league record for catchers in a single season. 🅱️  Johnny Bench, considered the greatest of all baseball catchers, hit 45 HRs in 1970, the year he was the National League MVP, at age 23.
1️⃣ Perez won't win the A.L. MVP Award this year, as Shohei Ohtani and Vladimir Guerrero,  Jr. will finish 1/2, but he'll no doubt finish 3rd, and he'll definitely win the Silver Slugger Award for catchers.
Well, that's it for today, as the Tigers game has already started against Chicago.
Thanks, again, for stopping by the blog, it's much appreciated.
Have an awesome week, Play BALL! ⚾️
Posted by John Sharp at 6:46 PM