"Baseball was one-hundred percent of my life."...Tyrus Raymond Cobb
Tuesday night was the debut of Ken Burns 10th Inning, the sequel to his fantastic PBS series "Baseball" from 1994.
It covers they many ups and downs of our National Pastime the past 16 years, including plenty of discussions on the steroid era, and the 1994 players strike. 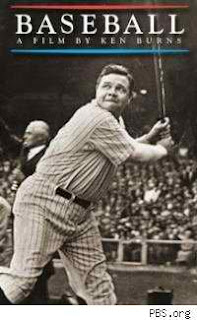 On the positive Burns discusses the great fans who continue to pack big league parks, the legend of Ichiro Suzuki, the greatness of Ken Griffey, Jr., and the Boston Red Sox World Series win in 2004, including their coming back from 3 games down in the A.L. Championship Series against the hated New York Yankees.

The movie also celebrates baseball's help in the national healing of our country after the terrorist attacks of 9-11.
There are some things that were left out, like the 2005 Chicago White Sox ending decades of futility  by winning the World Series, or the remarkable Albert Pujols, the best hitter in baseball for 10 years.
None the less, this is a fitting addition to the original, and the steroid era talk is very powerful.
This 2 part series is a must see for baseball fans of all ages. I hope you enjoy it.

Here's the link to the Tenth Inning.

Posted by John Sharp at 5:27 PM No comments:

There's just something about certain players that makes them catch your eye. The way they stand up at the plate, the way they play the field, the way they run, or throw, or maybe just the way they approach the game.


All the above statements can be said of Dale Murphy, my favorite player to ever wear the uniform of the Atlanta Braves. 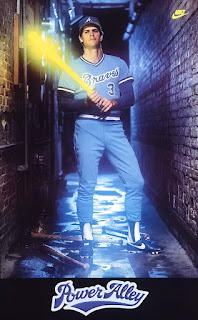 I know, a lot of people will be asking hey, what about Hank Aaron?


Yes, there is no doubt Aaron is the greatest Brave off All-Time, and I respect that, but I got to watch Murphy much more than Aaron, who was ending his career as I was starting to really understand baseball.

Dale Murphy could do it all, a fantastic five tool player who patrolled center field for the Braves in the 1980's, winning 5 straight Gold Gloves from 1982-1986, and was the National League's Most Valuable Player in 1982 and 1983. 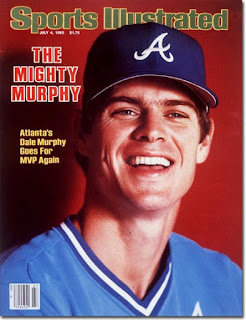 Murphy also lead the National League in runs, games, at bats, hits, extra base hits, RBIs, runs created, total bases, and plate appearances during the decade of the '80's. 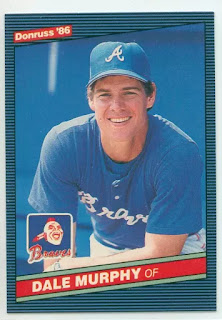 Not bad for a guy who began his big league career as a catcher before moving to 1st base, and then to the outfield. 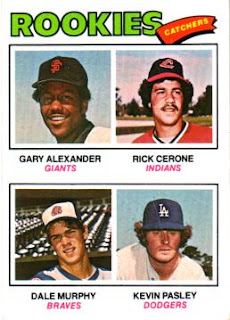 With all the accolades that Murphy collected for his play in the big leagues, he's also  considered as one of the good guys in baseball, a player who thinks about the game first, and not himself.

Dale Murphy, simply put, was the best player in baseball for most of the 1980's, and, in my opinion, he belongs in the Baseball Hall of Fame. 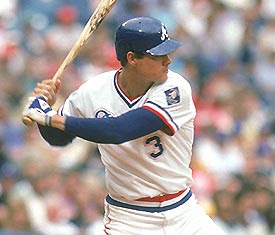