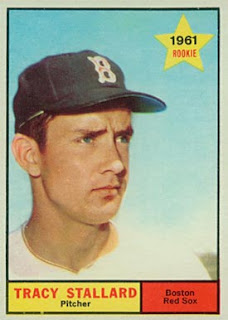 Tracy Stallard is best known by baseball fans as the pitcher who gave up home run #61 to Roger Maris during the final game of the 1961 season at Yankee Stadium.

Tracy attended Coeburn high school and signed as a amateur free agent with the Boston Red Sox in 1956.

Tracy made his big league debut on September 14, 1960, and pitched for 7 years with the Red Sox, New York Mets,  and St. Louis Cardinals. 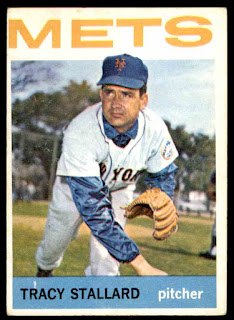 Tracy won his first game as a starting pitcher on August 10, 1961, tossing 8 innings, striking out 8 Minnesota Twins batters in the BoSox 3-2 win.

After his big league career, Stallard pitched in the minor leagues, playing for teams like the Tulsa Oilers, Dallas-Forth Worth Spurs, and pitching in AAA Mexican League for Torreon and Cordoba.

In 1968 Stallard took a year off from pitching to take over as the pitching coach with the High Point-Thomasville Hi-Toms, under rookie manager Jack McKeon.

You can purchase memorabilia, and #61 signed baseballs from Tracy at
www.tracystallard.com 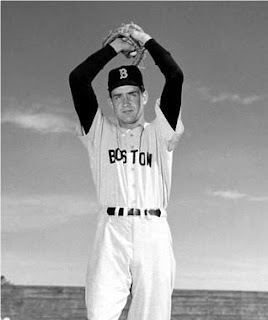 We love Sport's Illustrated when they put baseball on the cover,  and this week SI has given us two regional covers,  featuring the Kansas City Royals and Little League World Series sensation Mo'Ne Davis. 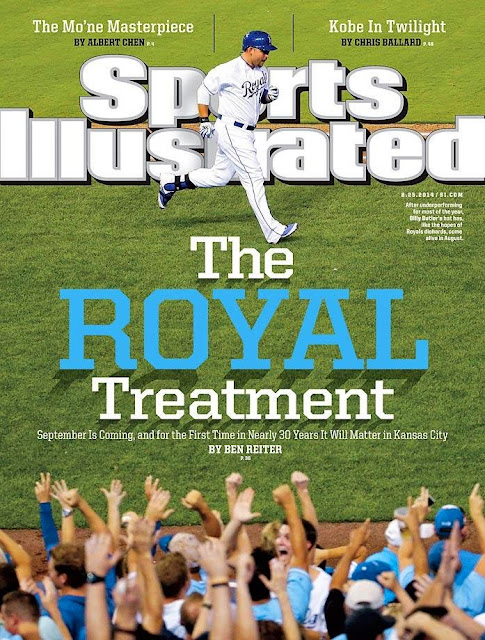 Posted by John Sharp at 4:53 PM No comments:

Bobby attended Edmunds High School in Sumter before signing with the New York Yankees on June 12, 1953.

The Yankees lost in Game 7 of the '60 WS to the Pittsburgh Pirates,  on a Game Winning Home Run by fellow second baseman Bill Mazeroski.

Bobby is also known for his 1962 World Series saving catch of a line drive off the bat of the San Francisco Giants slugging First Baseman Willie Mc Covey with two outs in the ninth inning of Game 7.

After Bobby retired he became the Head Baseball Coach at South Carolina, from 1970-76, taking the Gamecocks to their first NCAA Baseball Tournament in 1974, and the College Baseball World Series in 1975.

Bobby was also the Head Baseball Coach at Liberty University and at Coastal Carolina University.

Bobby Richardson published his memoir,  "Impact Player," in 2012, and is a member of the Fellowship of Christian Athletes.

Clemente left us much, much, to early,  passing away at the age of 38 in a plane crash on New Year's Eve 1972, while sending aid to earthquake ravaged Nicaragua.

If you haven't read a book on the Pirates Hall of Fame right fielder,  I suggest Clemente, by David Maraniss. 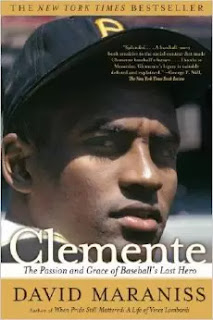 I simply loved the book,  couldn't put it down, just tremendous

I also chose Clemente's 1971 Topps card, my favorite of all his baseball cards, to post for his 80th Birthday. 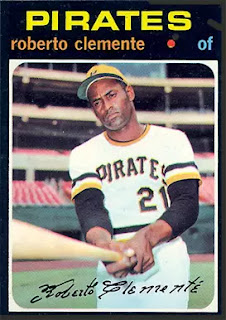 Today we send out a special Happy Baseball Birthday to the great Roberto Clemente!

Posted by John Sharp at 9:16 PM No comments: 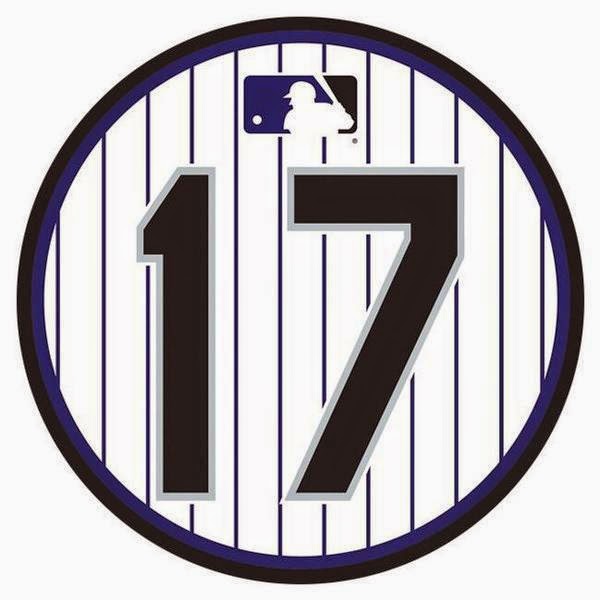 Posted by John Sharp at 5:58 PM No comments:

Sports Illustrated was first published on August 16, 1954, with a picture of Milwaukee Braves slugger Eddie Mathews gracing the cover. 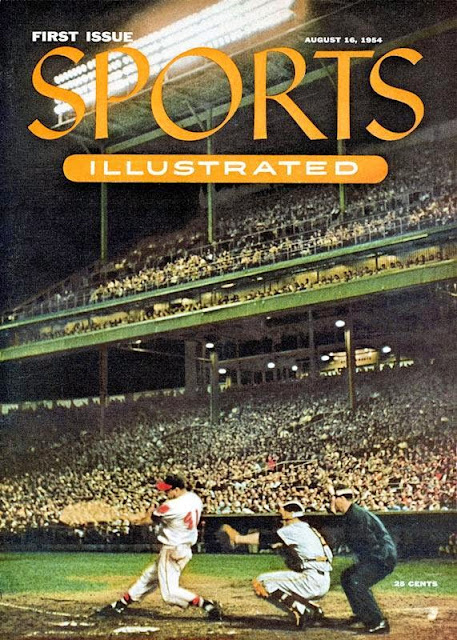 Posted by John Sharp at 8:32 PM No comments:

Charles Comiskey was born on August 15, 1859, in Chicago,  Illinois.
After attending St. Louis University Comiskey signed with the St. Louis Browns of the American Association, in 1882.
Charles Comiskey made his big league debut for the Browns on May 5, 1882.
Comiskey played first base and was player/manager with the Browns, winning 4 consecutive American Association Pennants, 1885-86-87-88, winning the World Series in 1886.
Comiskey was also player/manager of the Chicago Pirates of the Players League in 1890, and managed the National League Cincinnati Reds in 1892-93-94.
Comiskey played in 1,390 big league games, collecting 1,529 hits, 207 doubles,  68 triples, with 28 home runs and 883 RBI in 5,796 at bats.
Comiskey played his final big league game as a player on September 12, 1894, at the age of 35.
After his playing days Comiskey became a baseball owner, and after owning a team in St. Paul, Minnesota,  Comiskey became the owner of the Chicago White Stockings of the new American League in 1901.
Comiskey's ChiSox won American League Pennants in 1906, 1917, and 1919, winning World Series Championships in 1906 and 1917.
"The Old Roman" was a very frugal owner, and that led to the infamous "Black Sox" scandal, where eight White Sox players were found to have thrown the 1919 World Series againat the Cincinnati Reds.
The players were suspended by Comiskey during the players trials, and even thought each player was found not guilty by a jury, newly elected Baseball Commissioner Kennesaw Mountain Landis permanently suspended all 8 ball players from ever playing in the big leagues again.
The White Sox, one of baseball's best teams, never recovered from the scandal, and the team would go 40 years before winning another pennant.
Charles Comiskey, know simply as "Commy" to his friends, passed away on October 26, 1931, in Eagle River,  Wisconsin,  at the age of 72,
Comiskey Park, built in 1910, and the White Sox hosted the very first Major League All-Star Game, in 1933.
Charles Comiskey was Inducted into the National Baseball Hall of Fame by the Veteran's Committee in 1939.
Today we send out a Happy Baseball Birthday to the Old Roman,  Charles Comiskey.
PLAY BALL! Posted by John Sharp at 2:39 PM No comments:

Mark Steven Fidrych was born on August 14, 1954, in Worcester,  Massachusetts, and  attended  Worcester Academy High School.
The Detroit Tigers drafted Mark in the 10th round if the 1974 amatuer baseball draft.
After a couple of years in the Tigers farm systen, Fidrych made his big league debut for the Tigers on April 20, 1976.
All Tigers fans around in '76, myself included, can rattle off Fidrych's 1976 season... 19 wins, 9 losses, an American League leading 2.34 ERA and 24 compete games.
Fidrych was a baseball rock star who talked to the baseball, manicured the dirt around the pitching mound on his hands and knees, had a big, infectious smile,  ran on and off the field, and thanked his Tigers teammates after they made plays like it was a Little League game.
Injuries, starting in the spring of 1977, would allow Mark Fidrych to start only 27 games between '77-'80, and his final big league game was in Toronto,  on October 1, 1980, vs the Blue Jays.
Nearly five years later, in 1985, famed baseball doctor James Andrews diagnosed Fidrych with a torn rotator cuff injury, and although it was repaired, the damage was done,  and Fidrych never pitched again.
Mark Fidrych passed away at the age of 54 on April 13, 2009, of a accident on his farm in Northboro.
No player, not  Alan Trammell,  Kirk Gibson, Jack Morris,  Cecil Fielder, Justin Verlander, or Miguel Cabrera ment more or was more beloved by Tigers fans like Mark Fidrych was in 1976.
Happy Baseball Birthday Mark!
PLAY BALL! 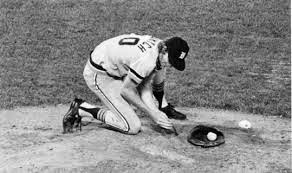 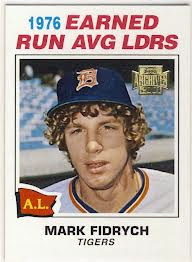 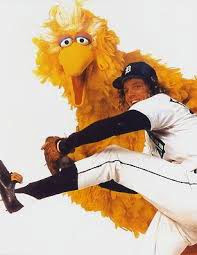 Posted by John Sharp at 2:53 PM No comments: 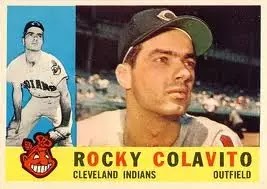 Rocky attended Roosevelt High School in NYC, and signed as a amateur free agent with the Cleveland Indians in 1951. 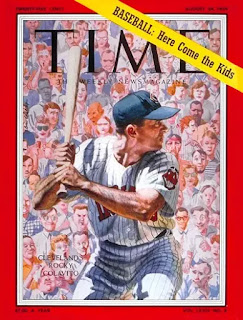 Just before the start of the 1960 season the Cleveland Indians shocked the baseball world by trading Colovito to the Detroit Tigers for 1959 American League batting champion Harvey Kuenn. 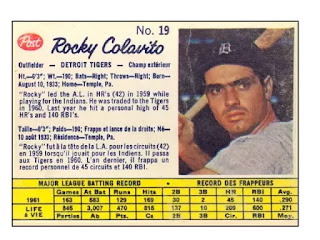 Indians fans loved the slugging Colovito, and Tigers fans loved Kuenn, and neither set of fans were very happy. 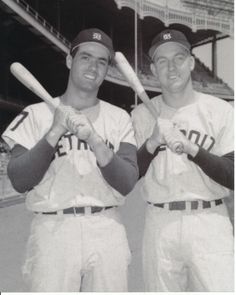 Colivito and the Tigers would prove to be the winners of the trade.

One of my favorite baseball cards in my collection is the 1962 Topps card of him in his classic Tigers road uniform. 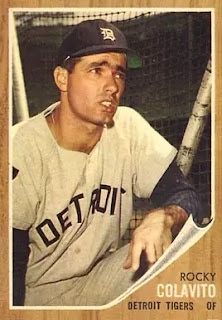 Following the 1963 season the Tigers traded Rocky to the Kansas City Athletics,  after a 22 HR, 91 RBI season. 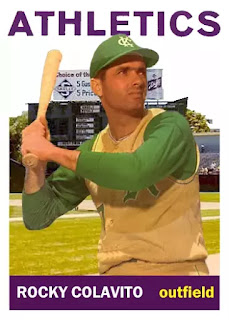 Colovito promptly smacked 26 homers and drove in an American League leading 108 base runners in 1965.

In the middle of the '67 season, on July 29th, the Tribe sent Colovito to the Chicago White Sox, who  then sold Rocky to the Los Angeles Dodgers.

On July 7, 1968, the Dodgers released Rocky, who signed with the New York Yankees on July 15th.

The Yankees then released Rocky at the end of the 1968 season, Rocky's final year in the big leagues. 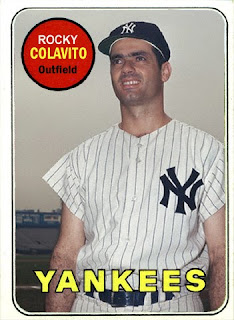 In the field Rocky made just 70 errors in 3, 516 chances, finishing with a .980 fielding percentage.

Colovito coached in the big leagues after his playing days, with the Indians in the 1970s and the Kansas City Royals in the 1980s.

Rocky Colovito was named to the Indians All Century Team in 2001, and was Inducted into the Cleveland Indians Hall of Fame.

Posted by John Sharp at 2:04 PM No comments:

The Detroit Tigers will have these scorecards available for the August 13th game at Comerica Park.

Yes,  I'd love it if someone would send me one. 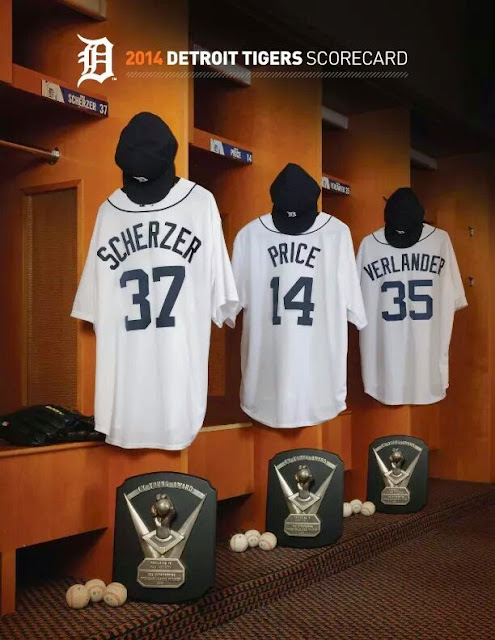 Here's your first look at the Cincinnati Reds 2015 All -Star Game logo, just released a few moments ago on Twitter, and it's awesome. 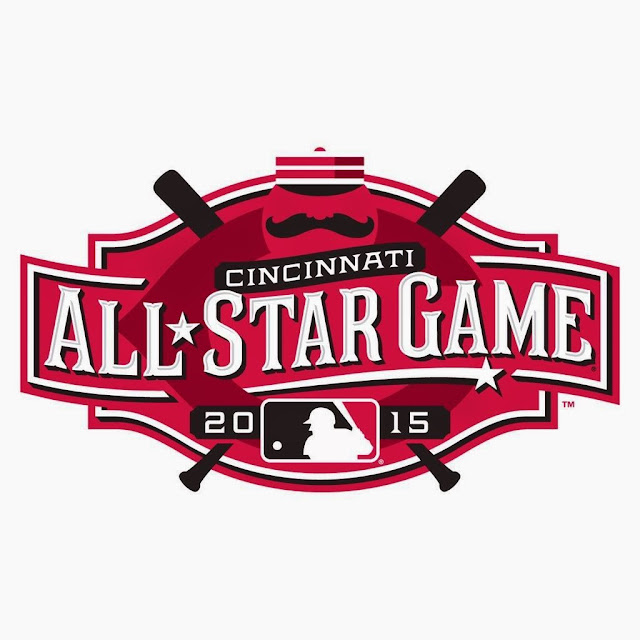 Posted by John Sharp at 5:14 PM No comments: 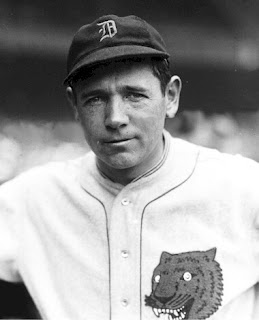 The Tigers purchased Heilmann for $1,500 in 1914 from the Poftland Beavers of the Pacific Coast League.

Heilmann is a Tigers legend, part of the best American League outfield in the 1920s along with Ty Cobb, Bobby Veach, and Heinie Manush.


From 1923 through 1927, Ty Cobb s last year in Detroit,  the Tigers entire starting outfield of Manush, Heilmann, and Cobb, were all future big league HOF players.

In 1999 the Detroit Tigers were playing at old Tiger Stadium for the last time ever, a weekend wraparound series against the Kansas City Royals.

On the last Sunday ever in the grand old ballpark I had the opportunity to meet former Detroit Free Press writer, the legandary Joe Falls.

Heilmann was left off the Tigers All-Time team, and both of us knew it was a shame that those involved put Kirk Gibson in the team's outfield with Ty Cobb and Al Kaline.

Harry Heilmann is one of the most ignored BaseballHall of Fame players ever...his own team even dissed him in favor of an average outfielder bevause they wanted young fans involved in the All-Time team selection process. 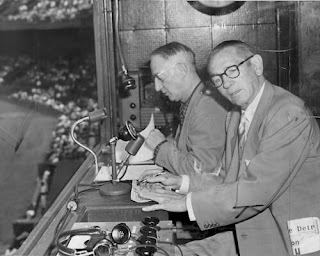 Harry Heilmann broadcast Tigers games from 1934 until his passing away from Cancer just two days before the All-Star Game at Briggs Stadium in Detroit in 1951. 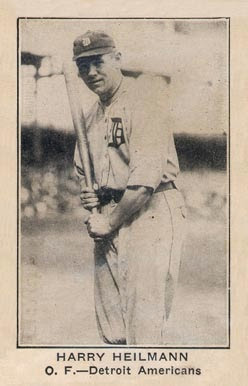 Posted by John Sharp at 8:08 PM No comments: