Today is a special day across our country.


Today is Spirit Day in America. 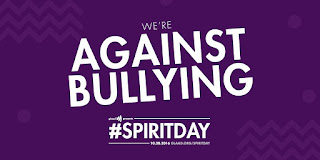 We stand up to all bullying in our country, respecting the rights of all people, regardless of their sexual orientation.

We stand up for inclusion in our lives, and that includes Major League Baseball. 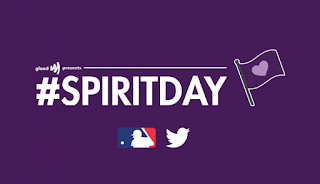 
They tried to bully me in my Freshman year of high school,  the bullies...but they failed...I refused to fight kids who were calling me names, trying to get me to break...they wanted a reason to beat me up...I refused to let them.

After I refused to give them credence to being jerks, they never bothered me again.

It's not that easy for young people anymore...the hatred and bullying of kids has gotten horrible becase the bullies can now use the Internet and Social Media to bully their targets.


My heart goes out to all those who have been, are being, will be bulied.


May God reach out and grab the hearts of those in despair...those being bullied...and to those who are the bullies...may He reach deep into their hearts to help them understand that what they are doing is wrong...that all people have the right to be happy, to be free, and to live the lifestyle that they live in peace.

I have two beautiful young women in my family who are Gay, and they are magnificent, talented, and loving people.


They have every right to their lives, to choose how to live them, to love that one special person in their lives, and to pursue the happiness that they seek


No bully...and certainly not any politician...has the right to tell either of them how to live their lives.

The Indians are the 2016 American League Champions

Yesterday in Toronto the first piece to the 2016 World Series was set as the Cleveland Indians beat the Blue Jays, 3-0, winning the series 4 games to 1. 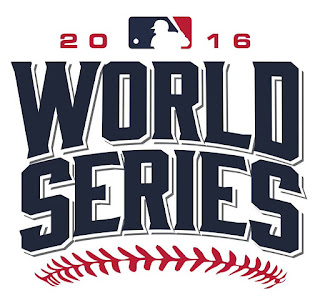 
The Indians are a terrific baseball team.


...the 19th was rained out the final week of the season.


14 out of 18...that's how the Indians won the A.L. Central Division, hammering the Tigers this year from the very start, going 10-0 vs Detroit until the Tigers finally won a game against their division rivals.

An interesting thing about the Indians pennant run...this is the 4th A.L. Central Division team to play in the World Series in the past 5 years...the Tigers in 2012, the Kansas City Royals in 2014 and 2015, and now Cleveland.


As a Tigers fan this fact is something that is both a good thing, and yet worrisome, at the same time.


The A.L. Central isn't that good at division...the Twins were horrible, the White Sox weren't good, and the defending champion Royals faltered in September.


Because it's not that good of a division, it gives me hope for 2017 that my Tigers can bounce back, compete...and win the division.


It's also a sign that any team...even the Twins, are capable of turning it around next year...anything can happen in baseball.


The Indians are looking to win the World Series for the first time since 1948, beating the then Boston Braves in 6 games. 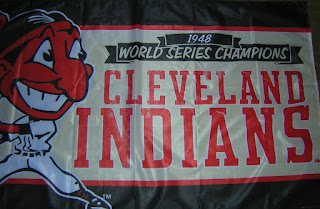 68 years is long time...the City of Cleveland is trying to double up after the Cavaliers won the NBA Title this summer.


I can't, as a Tigers fan, root for that to happen...I didn't want the Royals to win the past two years, and Im not rooting for the Tribe this year either.


I'm hoping the Dodgers win in the National League, but a Cubs-Indians World Series would be fun to watch...68 years without a championship vs 108 years for the Cubs with out a title.


If it's the Cubs vs the Indians I'll give a prediction of the Tribe winning Game 7 at home.

Cubs fans...I'll want you to win...but the Tribe is too good at home.

Every year I'm honored to submit a ballot to the Baseball Bloggers Alliance ...these are the National League players and managers that I'll be voting for for Rookie of the Year, Manager of the Year, Cy Young Award, and Most Valuable Player Award.

⚾ My previous post was my American League Award Ballots.

Here are my picks...


National League Rookie of the Year

National League Manager of the Year

Every year I'm honored to submit a ballot to the Baseball Bloggers Alliance ...these are the National League players and managers that I'll be voting for for Rookie of the Year, Manager of the Year, Cy Young Award, and Most Valuable Player Award.

⚾ My previous post was my American League Award Ballots.

Here are my picks...


National League Rookie of the Year

National League Manager of the Year

Where does the baseball season go...wasn't it just yesterday that we were all excited about pitchers and catchers reporting to Spring Training?


Yes, it seems like it, but in reality we've gone through another terrific season of big league baseball for 7 months now....and we're a few games from the championship series to determine the participants in the World Series.


My Uncle Bob took us to Tiger Stadium that tumultuous year...heck, I was just 7, my brother Robert was 6...we didn't know anything about the racial and political protests going on in America...we just loved baseball.


The Tigers lost a close Pennant race in 1967...much like the team did this year in missing out of a Wild Card berth on the final day of the season.


I started writing this blog in April of 2010, and for the past several years I've been honored to vote for my choices of Rookie of the Year, Manager of the Year, the Walter Johnson Award Winner for best pitcher, and the Stan Musial Award for the MVP of each league for the Baseball Bloggers Alliance.

My MVP picks... Jose Altuve of the Astros and Paul Goldschmidt of the Diamondbacks.


⚾⚾ American League Rookie of the Year

⚾⚾ American League Manager of the Year