There's not much chance that fans of Michigan Baseball will get to see a no-hitter pitched by a former Wolverines hurler...but that almost happened tonight in Pittsburgh.

Rich Hill, who pitched at Michigan through his Junior year in 2002, lost a no-hitter when he gave up a walk off home run against the Pirates in the bottom of the 10th inning Wednesday night...and lost, 1-0. 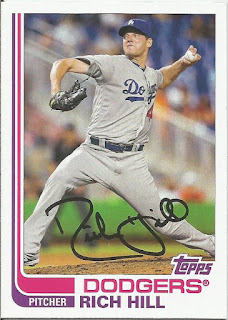 The fact that the Dodgers, the team with Baseball's Best Record, would get shout out when a Michigan alum is pitching a gem like that, well, it doesn't go unnoticed by fans of the Maize and Blue.


The last Wolverines pitcher to toss a no-hitter in the big leagues was the legendary Jim Abbott.... who put it perfectly in this tweet tonight...


Giamatti said "it's designed to break your heart" Baseball...  What a game Rich Hill #GoBlue 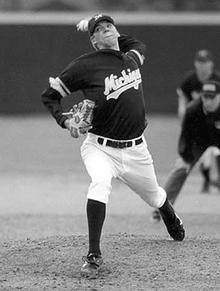 The Los Angeles Dodgers have been the best baseball team for quite some time now, and now they're This Week's Sports Illustrated  cover... 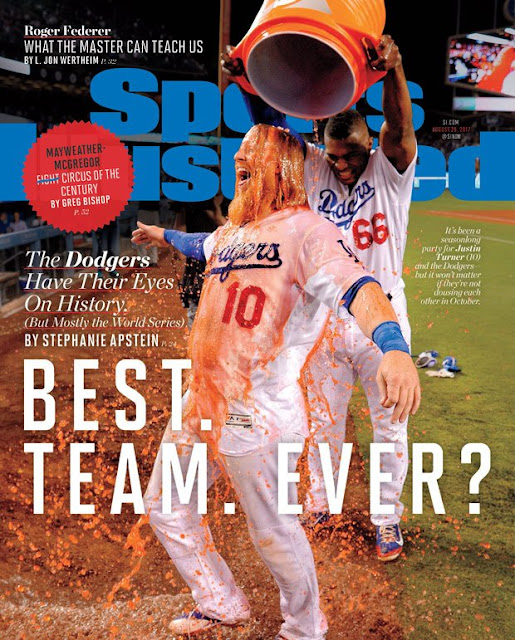 ...the Dodgers have now played 22 consecutive series without losing to an opponent.


The Dodgers are playing in rare baseball air, with a record of 89-35, 13 games better than the 76 win Houston Astros, who have the best record in the American League.

Wether or not they're the best team ever, well, that's yet to be proven....look, fir instance, at the 1906 Chicago Cubs, who hold the All-Time winning record of 116 games won, only to lose to the crosstown Hitless Wonders White Sox in the World Series in 6 games.

When baseball makes the cover of Sports Illustrated  I try to always post about it the day its released, but I didn't find out about this cover until today...I blame myself.... SI fooled me by releasing their other cover, of Roger Federer, first, so, I went on my way...ugh! 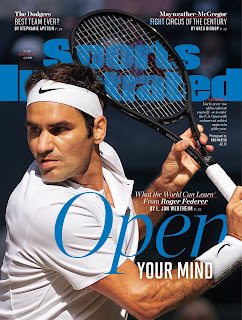 With the start of football season it might take some more time...possibly the playoffs, before SI does another baseball cover...but, you never know.

The trading deadline in the big leagues has come and gone, and unless a player gets through waivers, the rosters are set for the pennant runs and it's Play Ball! time!


My Tigers made one deadline move, sending battery mates Justin Wilson and Alex Avila to the Chicago Cubs for prospects late Sunday night.


The one thing that made me happy was this... 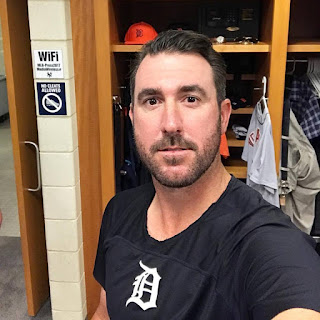 
,,,I've made it known that I want Justin Verlander to play for the Tigers his entire career, and as of today he's still wearing the Olde English D.

I don't get the fans who want the Tigers to trade JV...there are no certainties when it comes to prospects when you trade...I'd rather have JV, the veteran pitcher who can mentor the young arms of Michael Fulmer, Matt Boyd, and Daniel Norris...not to mention the young pitching arms in the minors, guys like Matt Manning and Beau Burrows.

Here's a few things that have happened in baseball the past week, or so...

➽ Adrian Beltre became just the 31st player in big league history to collect 3,000 base hits when he doubled on Saturday afternoon in Texas. 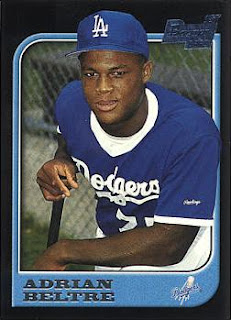 Beltre, in this fans opinion, is a first ballot Hall of Famer, a great ballplayer who quietly became one of the best 3rd Baseman in baseball history...he's the first Dominican born ballplayer to get 3.000 hits, and just the 5th foreign born player to amass 3.000 hits...the others... Roberto Clemente (Puerto Rico), Rod Carew (Panama), Raphael Palmiero (Cuba), and Ichiro Susuki (Japan).


I'm old enough to remember all the members of the 3,000 hit club since Clemente accomplished the feat on the last day of the 1972 season, the final at bat, as it turned out, in his career.

➽ Just as Beltre was joining the 3.000 hit club, another famous Texas Ranger, Ivan Rodriguez, was entering the Baseball Hall of Fame in Cooperstown. 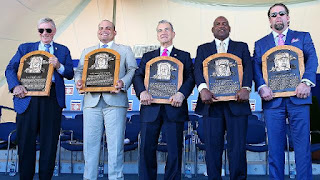 ➽ There have been some awesome baseball cards produced this year, way too may, in fact, to keep track of.

This 2017 Topps Stadium Club of new HOFer Tim "Rock" Raines is one of my favorite. 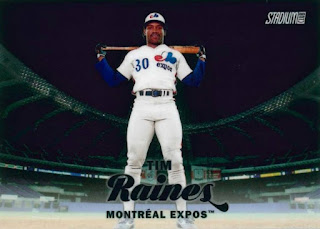 Also, you can't go wrong if you pull a Kelly Nash card out of a pack of Series Two Topps. 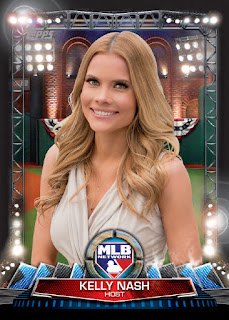 ➽ Speaking of collecting baseball cards... a quick shout out to these great baseball card blogs that I follow (there's more to come)...

➤ If you grew up collecting the "junk wax" cards of the late 1980s and into the 1990s, then my fellow blogger and card collector Dub Mentality is for you!

➤ The first collector to ever send me cards in the mail was Julie, a great blogger, baseball fan, and...a Tigers fan...she blogs over at A Cracked Bat: Baseball Cards and a Hot Dog.

➤  Another great Tigers collector is Dennis at Too Many Verlanders.

➤ If you love to Raise the Jolly Roger! after a Pittsburgh Pirates game then I have two awesome bloggers for you...

... Bob Walk the Plank and  Collecting Cutch are great Pirate collectors...give them a look see.


➽ Here's a terrific article on those colorful Houston Astros Rainbow uniforms of the 1970s and 1980s.


➽ Before we go, here's the "catch of the year," in the big leagues, or so they say...the Indians Austin Jackson slammed into the bullpen at Fenway Park last night to take away a HR.

➽ It's hard to believe that 38 years have passed since the death of New York Yankees All-Star catcher Thurman Munson. 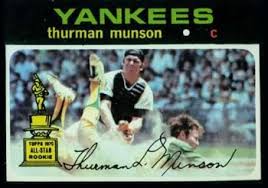 ➜ Munson was killed when the plane he was piloting crashed near Akron, Ohio, on August 2, 1979.

➜ The Yankees, two-time defending World Series Champions, never recovered after the loss of their Captain, and it would take the Yankees another 17 years until they won another championship.