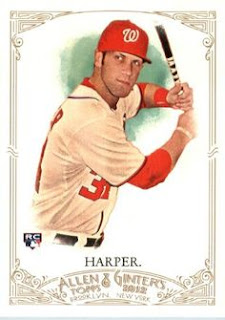 Harper, just 23 years old, who just finished his 4th year in the big leagues, was the unanimous choice as the MVP, receiving all 30 first place votes by the Baseball Writers Association of America.

I've been a fan of Harper since his rookie year in 2012, and I wrote about Bryce in this blog post a few years ago. 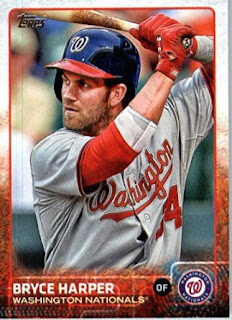 Whenever I open a pack of baseball cards and see a Bryce Harper card, I consider the pack to be a winner, no matter the other cards. 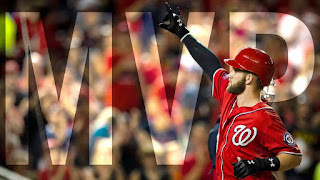 Posted by John Sharp at 6:47 PM No comments:


The fine folks over at Sports Illustrated have chosen the champion Royals to grace their cover this week. 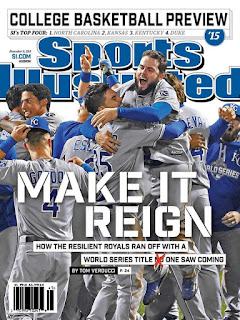 Congratulations to all the front office staff, the players, coaches, and fans on their winning the ultimate prize, baseball's World Series Championship.