One of my favorite Tigers the past few years has been the teams closer, Joe Jimenez. 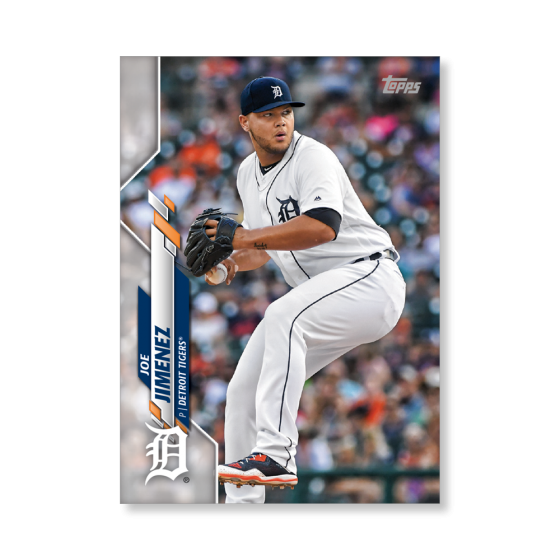 Big Joe picked up his 3rd save of the young season last night, closing out the Tigers 4-3 win over the Royals.

The lone All-Star on the 2018 Tigers, Big Joe also pitched for his native Puerto Rico in the 2017 World Baseball Classic.


Tigers fans are certainly hoping that this
abbreviated season is a springboard to 2021 for Jimenez, (just 25 years old) , who has all the stuff to be a top big league closer.


Tonight the Tigers play KC again, with my guy Matt Boyd looking to rebound from a tough start on Opening Day.

Have a awesome day...Play Ball ⚾

A couple of weeks ago I received a awesome package from my friend Paul, of Scribbled Inc.

Paul recently moved from the Detroit area to New Hampshire, so this card for tonight is quite appropriate.

📝 I'll make another post on the package contents, but I wanted to post the card that made me smile the most when I saw it. 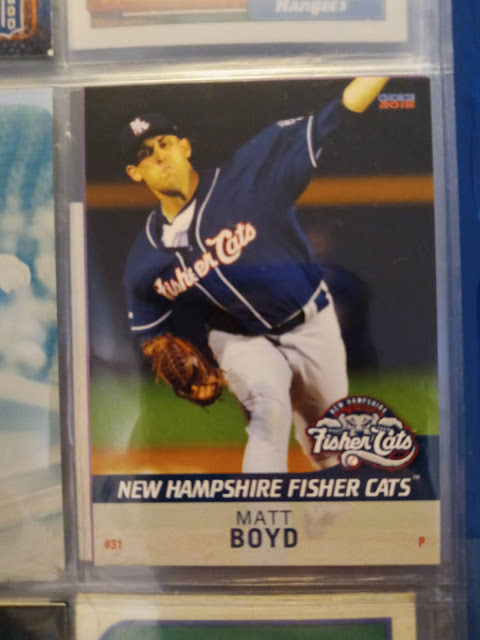 Matt Boyd's 2015 New Hampshire Fisher Cats card is the first minor league card in my Boyd collection, and is card #71 in the #BoydBinder .


You can certainly see why Toronto was excited about the young lefty out of Oregon State, and why Detroit wanted him.

📍The Tigers acquired Boyd at the deadline in 2015 in a deal that sent David Price to the Blue Jays.


I definitely need to add more minor league cards of Boyd, and I might go the team set route to get them.


Thanks for taking time out of your day to read my blog, and, thanks Paul, for being a terrific friend.


Have a great night baseball fans, and, until we get together again... Play Ball! ⚾
Posted by John Sharp at 9:53 PM 3 comments:

Tonight, at Comerica Park, the Detroit Tigers play host to the KC Royals.

Because of tge Covid-19 Pandemic, this will be the lastest Home Opener in team history.


The Tigers are taking the field at Comerica Park without the presence of the late, great, Al Kaline, who passed away on April 6th, at the age of 85.


The game tonight in downtown Detroit will mark the first time in 67 years without the beloved "Mr. Tiger," who made his big league debut on June 25, 1953, at the age of 18. 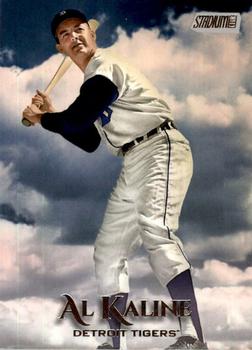 
In 1980 Kaline was Inducted into the Baseball Hall if Fame.


In 1975, Kaline joined the Tigers TV broadcast with George Kell, where he would remain through the 2002 season.


In 2003, Kaline started working for the Tigers as a special assistant to the team, a position he held until his passing earlier this year.


The Tigers honored Kaline tonight with a video tribute and the raising of a special flag, a flag that simply said, Kaline. 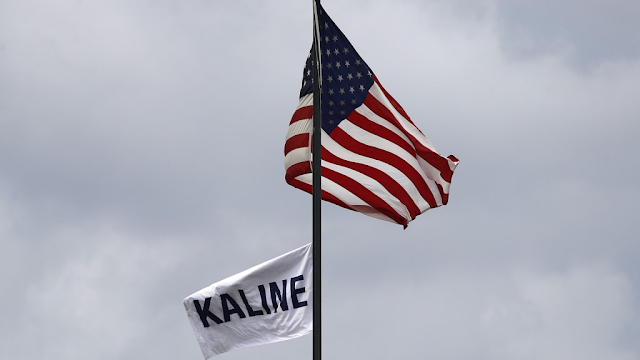 Have a joyous night of watching baseball.

Yesterday the Detroit Tigers struck out an amazing 17 times, and still came away with victory #1 of the season, downing the Reds, 6-4. 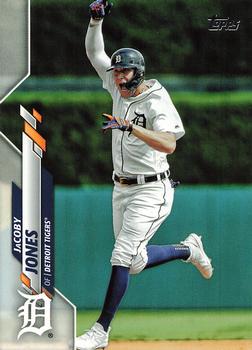 JaCoby Jones go ahead 2- run homer in the top of the 9th inning came after he failed to move pinch runner Dawel Lugo to second base with two failed bunt attempts.


Tigers closer BIG Joe Jimenez came in to shut the door on the Redlegs in the bottom of the 9th for the save.


Detroit closes out the weekend trip to the Queen City today at 1 p.m., with RHP Spencer Turnbull taking the mound for the Tigers.


Have a superb Sunday. 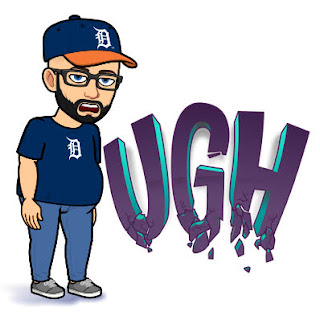 I haven't been able to post as I wanted to, especially around the start of the baseball season, and I hope to het more active soon.


✔ Before I get into the Tigers loss, I need to promote a fantastic contest over at The Bucs Stop Here.

The contest has been revamped because of the announcement that MLB will have 16 teams in the 2020 postseason.

Make sure you head over and get your picks in.

After seeing the Yankees against the Nationals on Thursday night, I think its gonna be awfully hard to beat the 2020 version of the Bronx Bombers.

The lone bright spot for the Tigers was provided by new first baseman C. J. Cron, who blasted a HR to deep left field off Reds starter Sonny Gray. 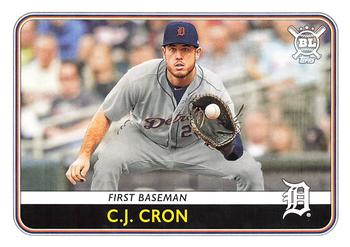 ▶By the way, I'm definitely a fan of Topps Big League Baseball this year.


The Tigers remain in Cincinnati over the weekend before going back to the Motor City on Monday for a series with the KC Royals.

Over this past weekend Detroit Tigers Manager Ron Gardenhire announced that Matt Boyd will be the Opening Day Starter this coming Friday in Cincinnati. 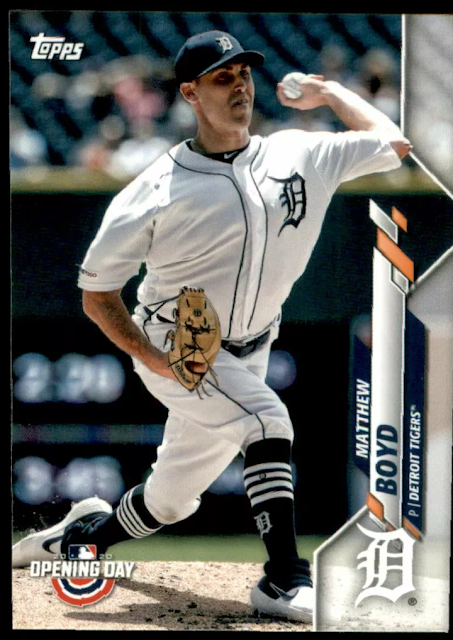 Boyd will be the first left hander to start the season for Detroit in five years, when lefty David Price started against the Minnesota Twins at Comerica Park.


The last Southpaw to start for the Tigers on the road for Opening Day was in 2006, when Kenny Rogers took the mound in Kansas City. 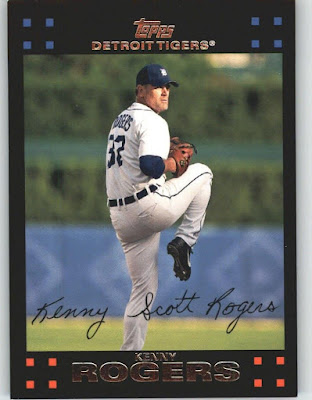 Boyd will be only the 8th lefty to pitch on Opening Day for the Tigers since 1970, joining Price, Rogers, Mike Maroth, Justin Thompson, Frank Tanana, Dave Roberts, and Mickey Lolich. 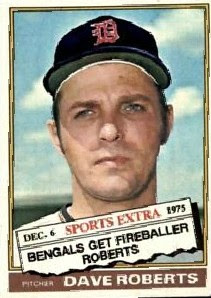 As a Matt Boyd fan, the announcement that my favorite pitcher, on my favorite team, will open up the season is, well, as cool as it gets.


I'm hoping that Matt can get off to a good start against Cincinnati, figuring that pitchers probably won't get more than 10 starts this year.


Maybe, just maybe, a team like my Tigers, sill surprise a few people and win 25 games, in the Covid-19 shortened 60 game season.


Give me your predictions for your team in the comments.

Have a AWESOME 4th! 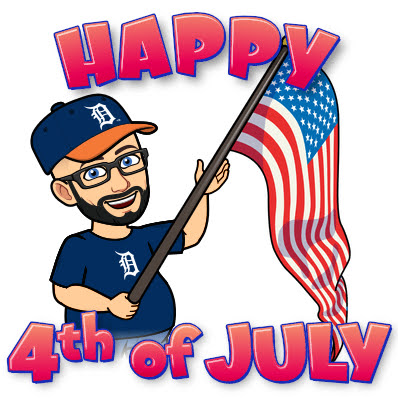