There was no better catcher in baseball in the 1960s than Freehan, who won five consecutive Gold Gloves,1965-1969, and retired with a MLB record .993 fielding percentage.

Happy Birthday to the greatest catcher to ever wear the Old English D, William Ashley Freehan. 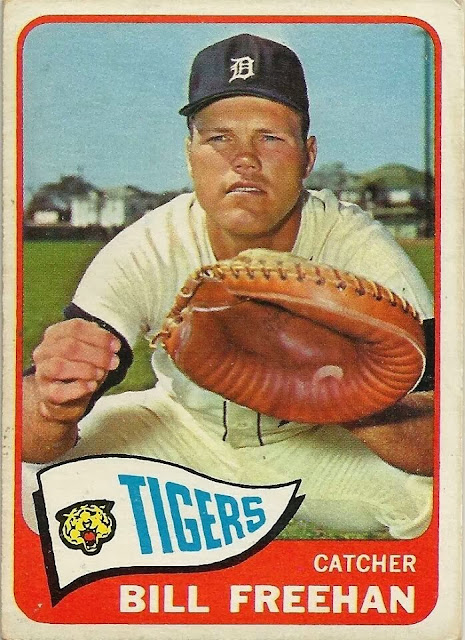 I'd like to say Happy Thanksgiving and Happy Hanukkah to all the great baseball fans everywhere.

May you and your families be blessed this Holiday Season.

Posted by John Sharp at 9:19 PM No comments:

No cheaters please on my team

I don't want Peralta on my team.

MLB says they have the toughest drug testing in sports.

Peralta served a 50 game suspension for using something illegal, PEDs, HGH, whatever it was, in 2013, as a member of the Detroit Tigers.

Peralta served just suspension, played in the playoffs, and is now rewarded with $52 million dollars.

Where's the punishment for Peralta?

Who's the idiot now, Peralta for cheating baseball and the Tigers, or MLB and the Cardinals, for allowing a cheater to get $52 million bucks?

I also don't want the Tigers signing any players that have been suspended, and that includes power hitting Texas Ranger OF/DH Nelson Cruz.

There is no reason, none, including trying to win a championship, for any team to sign any steroid using baseball players.

I'd rather have my team, the Detroit Tigers, be an average to above average team that plays the game
the right way than win a World Series using steroids cheaters.

There are absolutely no more excuses for baseball owners to sign cheaters anymore.

Baseball is our National Pastime, and steroids, and cheaters don't belong in our great game.

In my opinion, any player busted for any steroid, HGH, blood doping, etcetera, should never play in the big leagues again. 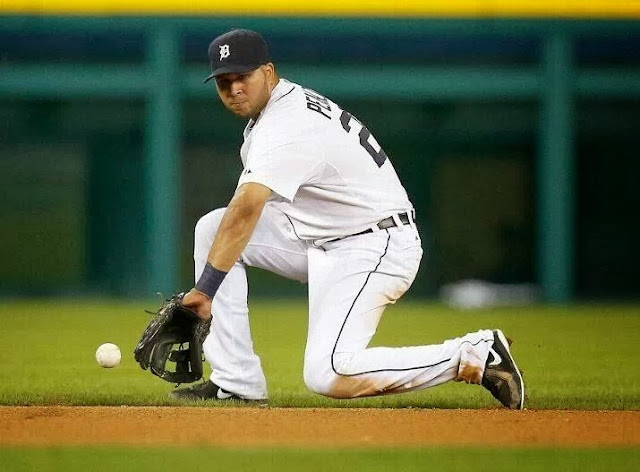 I would live having a JFK signed baseball.

The Detroit Tigers have traded first baseman Prince Fielder to the Texas Rangers.

In return the Rangers will send second baseman Ian Kinsler to Detroit.

As stunned and excited I was two years ago when the Tigers signed Fielder to a massive nine year, $215 million dollar contract, I'm also equally not surprised by this move.

I always want what's best for my team, and I know Ian Kinsler can play.

I'm assuming the Tigers will put rookie Nick Castellanos at third base, move MVP Miguel Cabrera back at first base, and go after a free agent outfielder like Carlos Beltran.

I hear on social media that the Tigers have made this move for two reasons.

First, the Tigers weren't happy with Prince Fielder's non-hitting in the playoffs the past two years, including his lack of emotion after Detroit's loss to Boston in the American League Championship Series.

Second, the Tigers will save around $76 million dollars, which will be headed into the bank accounts of Cabrera, Max Scherzer, and Justin Verlander.

The Babe in Boston.

This is a cool piece of art, Babe Ruth with some lumber in a Red Sox uniform.

Posted by John Sharp at 7:52 PM No comments:

This week we honor our 35th President of the United States, John Fitzgerald Kennedy.

This Friday marks the 50th Anniversary of the assassination of President Kennedy in Dallas, Texas.

President Kennedy was quite an athlete,  and he enjoyed all sports as a young man, including baseball.

I'll be posting as much as I can this week on President Kennedy and his relationship with our National Pastime.

Posted by John Sharp at 1:52 PM No comments:

Just came across this on Twitter, released by the Baltimore Orioles. 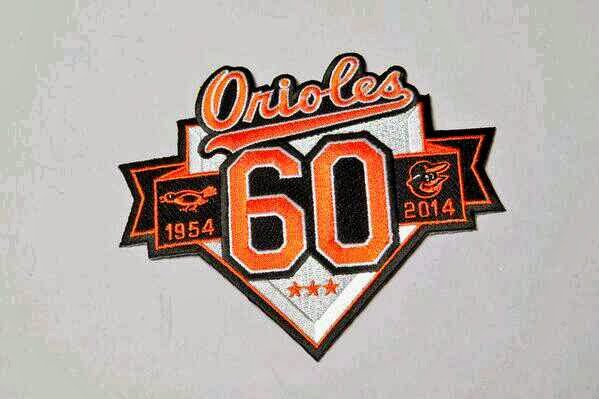 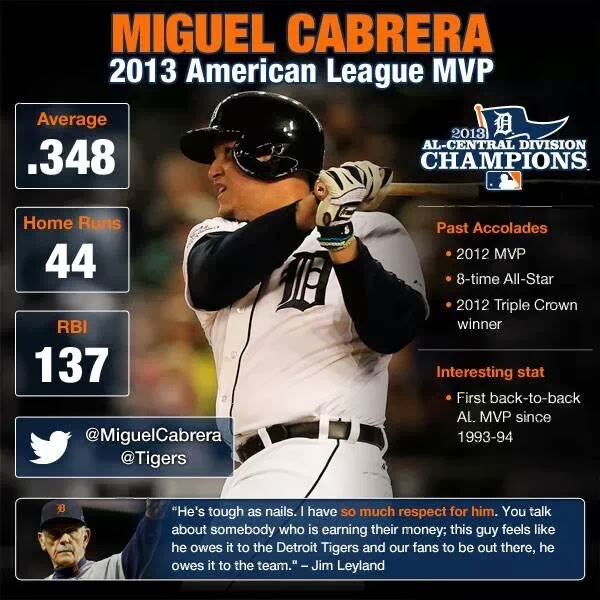 Posted by John Sharp at 8:06 PM No comments: 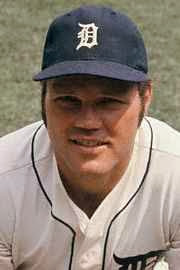 Posted by John Sharp at 2:17 PM No comments:

As a former U.S. Navy Ships Serviceman, and the son, of a son, of a Sailor, I say thanks to all those,  past, and present, who served our great country as members of the Armed Forces.

My Grandfather(WW II), and my Dad were in the US Navy, my Uncle Bob and Uncle John were US Marines, and my Uncle Paul served in the US Army in Vietnam.

Currently my Nephew,  Bobby, is serving in the Army in Japan.

To all Service Men and Women I say Thank You FOR YOUR SERVICE! 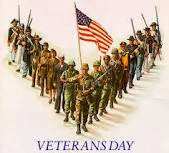 Saw this picture today, posted by a baseball fan on my Facebook timeline.

The Tigers had some pretty good teams in the early 1960s, led by future Hall of Fame right fielder Al Kaline, #6, on the left. 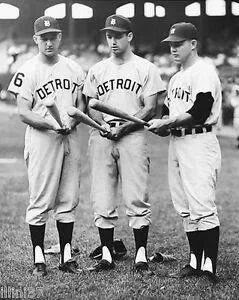 Posted by John Sharp at 6:40 PM No comments:

Brad Ausmus to be named new Manager of the Detroit Tigers

Despite having never managed in the big leagues, former Tigers catcher Brad Ausmus will be named the new manager in Detroit.

Several reports have stated that Ausmus, a former Gold Glove catcher, will replace Jim Leyland, who resigned following the Tigers loss to Boston in the American League Championship Series.

Posted by John Sharp at 1:22 AM No comments:

Dellucci was born in Baton Rouge, Louisiana and drafted by the Baltimore Orioles in the 10th round in 1995. 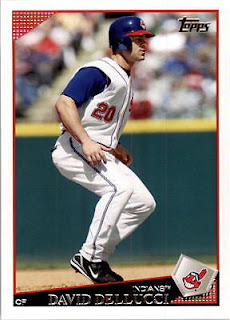 Dellucci was a member of the 2001 World Series Champion Arizona Diamondbacks.

We had many choices for today's birthdays.

Our staff...that's me...decided to honor Dellucci, not just because he played baseball, but also because he happens to be married to Rachel Reynolds. 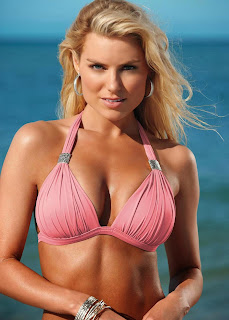 Rachel Reynolds is, in my humble opinion, the #1 All-Time model on the Price is Right.

Rachel was also inducted in the Hot Baseball Wife Hall of Fame this year.

We're pretty sure  every day is your birthday. 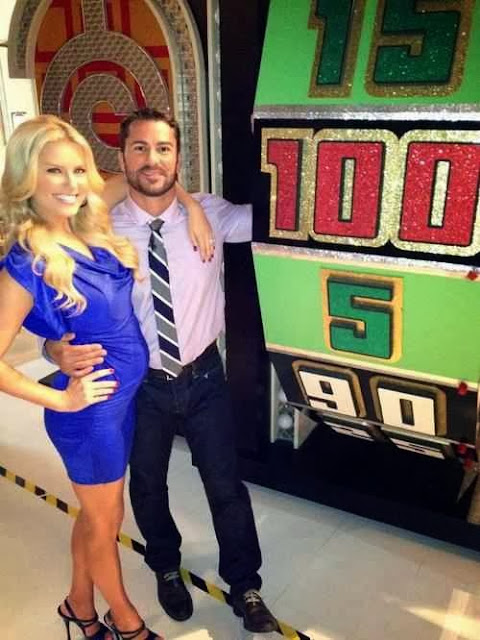