Well, our weekend wasn't very good, both sports wise, and personal wise.
Our sports teams didn't perform very well, including the Detroit Lions, who lost to the Baltimore Ravens on a last second, NFL Record, 66 yard field goal by Ravens kicker Justin Tucker.
☹ Of course, I've seen this act before.
On 1970, the first year I started following the Lions, they lost a game in New Orleans on a last second, THEN NFL Record 63 yard FG by Saints kicker Tom Dempey.
🐯⚾️ The Tigers just lost to the White Sox, 8-7, in a makeup game at Comerica Park, a makeup game from last week.
👉 The Tigers ended up the home part of the schedule by losing 3 of 4, and now have 81 losses, meaning they'll have to win out this week against the Twins and ChiSox on the road to finish up at .500.
2️⃣9️⃣8️⃣6️⃣ Miguel Cabrera collected two hits today, including his 597th career double.
👉 Miggy is 18th All-Time in doubles, and can, hopefully, collect his 600th two bagger, a feat that's very underrated. 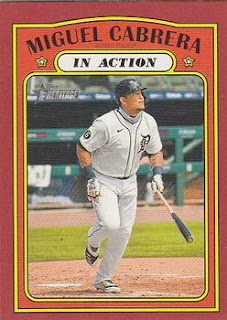 ✌ Maybe Miggy will hit double #600 on Sunday afternoon in Chicago, in front of yours truly...hit number 3,000 is probably out of reach for this year, but, heck, strange things happen in baseball.
👑 One good thing that happened on Sunday night was my favorite Wrestler, Charlotte Flair, winning her "Extreme Rules" match against Alexa Bliss. 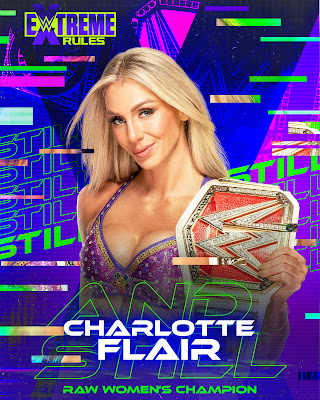 💗💗 Alexa is a beautiful and talented young woman, a definite fan favorite, including our friend Collecting Cutch, who featured the WWE Superstar in his recap of 2020's Save Second Base.
🎃👻 We only have a few days left in September, which means playoff baseball and conference football games in college football.
〽️🏈 Michigan beat Rutgers on Saturday, however, after taking a 20-3 halftime lead, the Wolverines didn't score again, hanging on for a 20- 13 win over the Scarlett Knights.
👉 Let's hope they perform better on Saturday in Madison,  where they haven't beaten the Badgers since 2004.
In Memoriam.
😥 We lost a beloved member of our family on Saturday night. 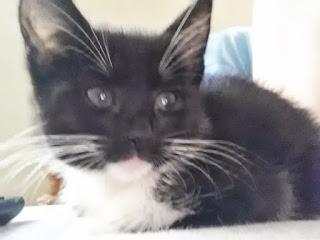 😿 We found our male kitty, Mr. PAWS, on the kitchen floor, and, a few minutes later, he was gone.
This came out of nowhere...just a couple days before he was jumping in my arms and wanting to play.
The above picture is of him as a baby, just a few months old.
Tracy and I are devastated, and it's been a very emotional couple of days.
Thanks, again, for taking time out of your day to stop by and read this post, it's much appreciated.
Have a great week.
RIP Mr. PAWS 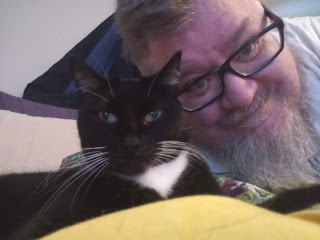