Here's to all the hard working Americans who deserve a day of rest and relaxation. 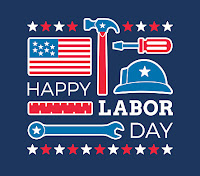 Labor Day is one of those unofficial baseball dates.
🚩Back in the days before Divisional Play (pre-1969), today was one if those days on the baseball calendar used as a barometer for pennant contenders, along with Memorial Day, July 4th, and the All-Star break.
👉 If your favorite club was in first place on one of those days, you were a happy kid, if not, "wait 'till next year" was your rally cry.
🐯⚾️ The Tigers lost in Pittsburgh today. 6-3, kind of a bummer after they won 2 of 3 games over the weekend in Cincinnati.
💗💗 We're a bit less than a month until October, and Breast Cancer Awareness Month.
The annual "Save Second Base" event held by our friend Collecting Cutch always includes the leader in doubles in the National League, and, going into today, that player is Tommy Edman, of the St.Louis Cardinals.
3️⃣9️⃣ The overall leader in doubles is Jeimer Candelario of the Tigers, who has 39 two baggers as of today. 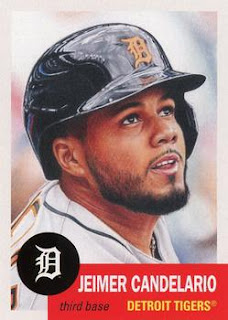 Jeimer, in his 5th year with Detroit, is having a good year, playing 122 games at 3rd Base, with 135 Base hits.
The last Detroit player to lead the Junior Circuit in doubles was Miguel Cabrera, who collected 52 back in 2014.
3️⃣0️⃣0️⃣ Over the weekend the battery of Adam Wainwright and Yadier Molina became just the 4th pitcher/catcher teammates to start 300 games together. 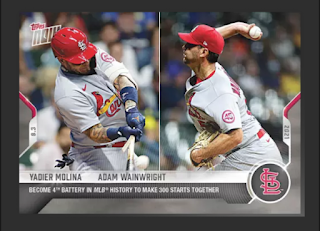 👉 Baseball is made for special records like this, two men who've been together for 15 years, winning along of baseball games, including a pair of World Series Championships, in 2006, and 2011.
Molina is one of my favorite ballplayers, an amazing catcher who's on his way to the Baseball Hall of Fame.
🐯⚾️ FYI, the battery mates with the most starts in a career are a pair of Tigers, Mickey Lolich, and William Ashley Freehan.
🏈🏈🏈🏈🏈🏈🏈🏈🏈🏈🏈🏈🏈🏈🏈🏈🏈🏈
9️⃣6️⃣5️⃣
🏈🏈🏈🏈🏈🏈🏈🏈🏈🏈🏈🏈🏈🏈🏈🏈🏈🏈
My beloved Michigan Wolverines kicked off their 142nd season of Inter-Collegiate Football with a resounding win over Western Michigan, 47-14, at The Big House, on Saturday.
〽️🏈〽️ The win was #965 for Michigan, the most in college football  history. 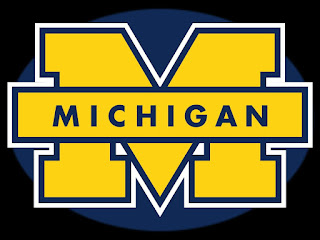 💻 Blogging Around
Today is National Read a Book Day, something I didn't know until reading the post by Fugi this morning.
2️⃣ The last book I read (didn't finish it), was
"TheCaptain." 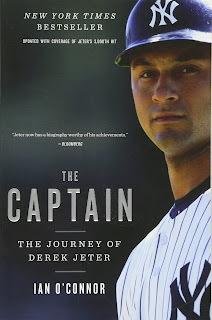 📖 I read the book on my return trip from Idaho this spring on the flight back to Kalamazoo, my hometown, and the place Derek Jeter grew up.
I enjoyed reading it, I love baseball books, and I definitely need to finish it up.
🥒⛰ My fellow Tigers and Michigan fan, Dennis, continues to amaze me with his collection of baseball cards.
His latest post features former Wolverines pitcher Rich Hill, and his additions via trade,of cards of the current pitcher of the New York Mets.
One of my recent pickup of Hill was from a special 25 year Anniversary Set of the Lansing Lugnuts. 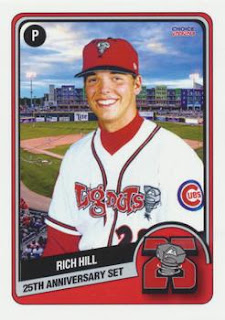 I ordered the set right from the team, just to get the Matthew Boyd card, so I could add it to my collection. 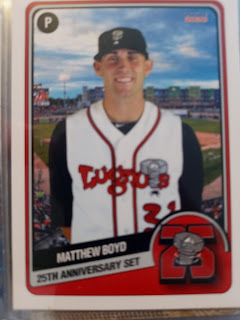 📌 The Shlabotnik Report checked in to say hi, and posted a sweet 1962 Topps card of Dick Williams. 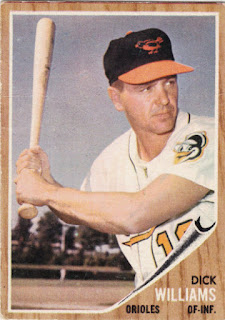 👀 Wanna win some FREE cards, well, head over to Sport Card Collector, and, hey, good luck!
👇👇👇👇
Jason Thompson was a  slugging 1st Baseman for my Tigers in the mid-late 1970s.
Thanks to When Topps Had Balls, for producing a very cool card of the All-Star first sacker, and "1977 30 Home Run Club." 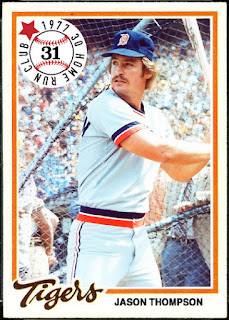 Hope ya'll had a terrific weekend, and enjoyed time with family and friends.
Have a terrific week, and thanks for taking time out of your day to read this blog.
Play BALL! ⚾️
Posted by John Sharp at 7:43 PM