I ment to post this a couple of days ago, but  with all the stuff going on in my life it just got delayed.


There is no secret...if you follow me on Twitter, that I'm a fan of Heidi Whatney of the MLB Network. 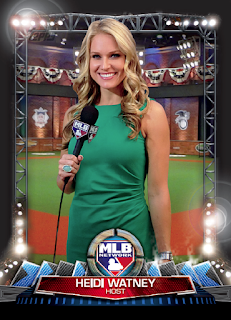 As a person of the male persuasion, she is everything you love as a baseball fan...a beautiful lady who knows as much about baseball as you do...probably more.


During the regular season I never miss Quick Pitch, the nightly show that comes on at 1am East Coast time...showing all the baseball highlights from every game...and, on most nights, hosted by Heidi Whatney.


I follow Heidi on Twitter...and you should as well...and the other day Heidi posted a very special message. 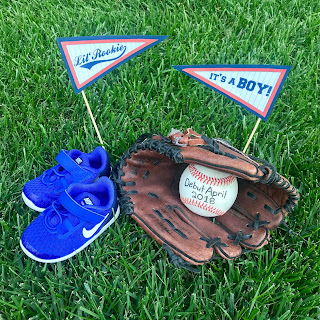 Congratulations to Heidi, and her husband on the upcoming addition to their family.

Play Ball!
Posted by John Sharp at 6:55 PM No comments:

Just wanted to post a very Happy Thanksgiving! to all the great baseball fans out there. 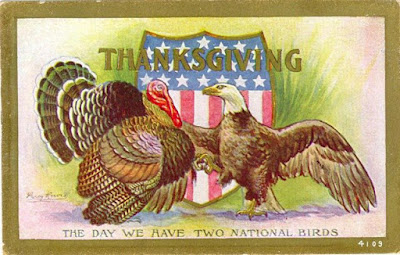 I hope you and your family are enjoying a great Turkey Day as we watch football, hoops. and pucks waiting for the 2018 big league season.

Posted by John Sharp at 2:39 PM No comments:

Yes, this is a baseball blog, but as a Michigan Wolverines fan  it's also the greatest week in the college football season for me as my beloved Wolverines battle the arch rival Ohio State Buckeyes this Saturday at Michigan Stadium in Ann Arbor.


My first Wolverines vs Buckeyes matchup as a fan was in 1976, as Bo Schembechler took Michigan to Ohio Stadium and whipped the Bucks, 22-0.

The signal caller on that '76 team was Rick Leach, the first great Wolverines quarterback that I remember.


Leach led Michigan to three straight Big Ten Championships, 1976-77-78, and when he left college football his 38 wins were the most in the history of Intercollegiate Football. 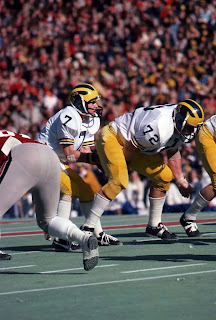 Like many athletes back in the day, Leach was a multi sport star, including playing centerfield for the Wolverines baseball team.


Even though Leach was drafted by the NFL's Denver Broncos, it was his first love, baseball, that Rick chose, and that led to a long career playing in the big leagues.


I've posted a couple of times about Rick Leach here on the blog...


So, as day one of Buckeyes week is here, I give another shout out to the GUTS and GLUE of Michigan Football, the great Rick Leach. 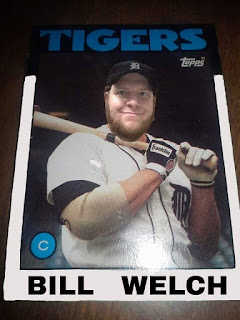 Bill and Michael are fellow members of a group of terrific Tigers fans on Facebook who collect and talk Tigers, baseball , baseball cards and memorabilia.


This group of Tigers fans has really been a blessing to me since I moved back home in the summer of 2016...being able to actually meet and interact with Tigers fans in my hometown and state...going to local card shows and seeing all the Tigers stuff people have collected....it's been fun for sure, and these two are a big part of why I love being back in Michigan.

Today is National Pickle Day, a day to celebrate the awesome goodness of a sweet bread and butter pickle chip, or the crispy crunch of a hamburger dill.


Baseball is no stranger to the pickle!

In honor of pickle day we celebrate by honoring the brief life of former big league catcher Pickles Dillhoefer. 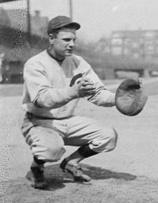 William Martin Dillhoefer  made his big league debut on April 16, 1917 with the Chicago Cubs.

Pickles served in Word War I, reaching the rank of Seargent, and after returning from The Great War, played his final 3 seasons in the big leagues with the St. Louis Cardinals.

On February 23, 1922, at the age of 27, Pickles passed away after contracting typhoid fever from complecations during surgery. 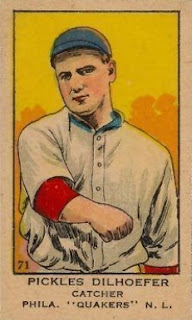 So, give Ole Pickles Dillhoefer a shout out today when you bite into that crunchy, delicious delight!

Tonight all baseball fans will sit down in front of our televisions to watch one final game of the 2017 Big League Baseball Season... Game 7 of the World Series. 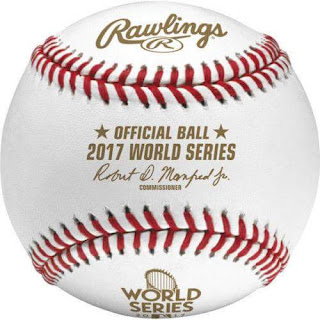 The Houston Astros and Los Angeles Dodgers will take the field tonight at Dodgers Stadium in Los Angeles to put a bow on a magnificent year of baseball.


I was hoping to post today about a Astros win in Game 6....my Series prediction...but the Dodgers case away with a 3-1 win.


This has been a weird Series for me to watch.


Early on in my baseball fandom I learned about the Dodgers...their history of playing in Brooklyn, becoming the best team in the National League upon the arrival of a man named Jackie Robinson, winning the 1955 World Series...and the heart breaking move to Los Angeles. 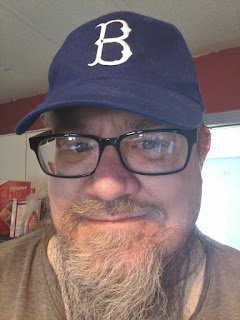 
I love the Brooklyn Dodgers.


That said, I'm also a fan of Astros RHP Justin Verlander, who pitched for my beloved Detroit Tigers for 12 years before agreeing to be traded to the Astros on August 31st.


His success in Houston is surreal, because we wanted one more run for our Tigers with JV as our ACE.


I wanted Verlander to win his first championship last night...he gave up just 2 runs, losing for the first time in a Houston uniform, as the Dodgers beat the Astros in another great game played by these two teams.


Tonight, Game 7... if Houston wins I'll be happy for Verlander...and former Tigers outfielder Cameron Maybin, who was traded to the Astros by the Angels over the summer.

If the Dodgers win, well, I'll be happy also, because of a man named Rich Hill... a terrific former Michigan Wolverine pitcher who's made a magnificent comeback the past few years, and for another former Tigers player, Curtis Granderson.

At one time all three players...Verlander, Granderson, and Maybin, were in the Tigers organization...both Verlander and Granderson were on the 2006 American League Pennant winning team in Detroit.


As a baseball fan Game 7 is a way to say thanks one last time to all the ballplayers that made 2017 a year to remember.

Good Luck know to the fans of both teams...good luck!