The San Francisco Giants hit a home run today when they changed their social media logo in support of Marriage Equality. 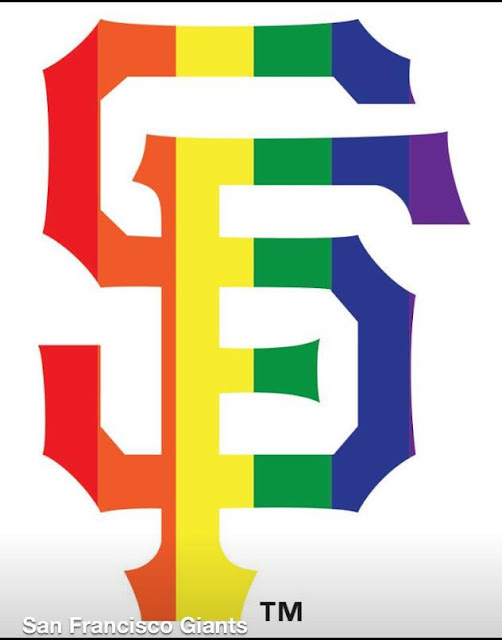 Posted by John Sharp at 6:16 PM No comments: 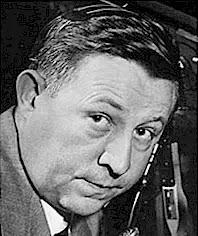 Russell Pleasant Hodges was born on June 18, 1910, in Dayton, Tennessee.

Russ headed to New York City in 1946 to do Yankees games with Hall of Fame broadcaster Mel Allen, and then, finally, to the crosstown Giants in 1948.

Russ was the Giants announcer for World Series games in 1951 and 1954 while the Giants were still playing at the Polo Grounds at Coogan's Bluff. 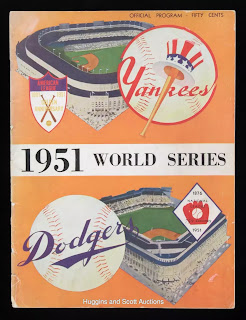 In 1954 the Giants defeated the Cleveland Indians to win the only Giants World Series Championship that Russ Hodges would call. 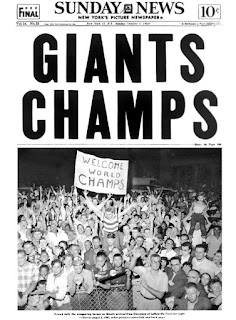 The Giants moved to San Francisco, first playing baseball at Seals Stadium, and then, in 1960, at legendary Candlestick Park.


Russ was behind the microphone during the 1962 World  Series between the Giants and Yankees. 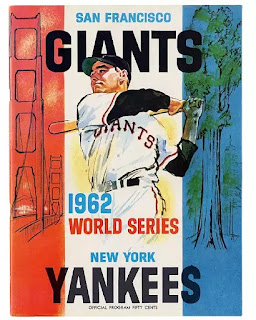 Of all the games Russ called during his career, he is, and will always be, associated with what is probably the most famous home run call in baseball broadcasting history, the National League Pennant winning walk off HR by Giants 3rd Baseman Bobby Thompson.


Russ was also the author of Baseball Complete  in 1952. 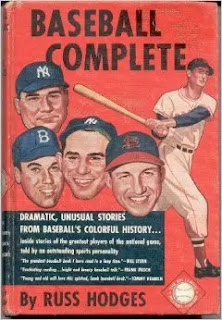 Russ teamed with fellow Hall of Fame broadcaster Lon Simmons  as one of the finest baseball broadcasting duos of All-Time, and the pair also teamed up to call Bay Area football games as the Voices of San Francisco 49ers football games.


Russ called his last game for the San Francisco Giants at the end of the 1970 season.


In 1975 Russ was inducted into the National Sportscasters and Sportswriters Hall of Fame.

In 1980 Russ Hodges was awarded the Ford C. Frick Award  by the Baseball Hall of Fame.


The Giants moved into beautiful Pac Bell Park in 2000, and named the broadcasting booth at the park in honor of Russ Hodges and Lon Simmons.

Russ was inducted into the Bay Area Radio Offa Hall of Fame in 2008. 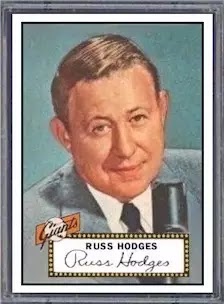 Posted by John Sharp at 2:21 PM No comments: 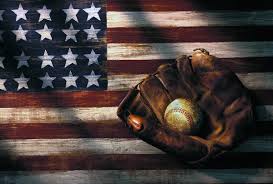 Play Ball!
Posted by John Sharp at 1:16 AM No comments:

The 2015 big league All-Star Game will be played at the Great American Ballpark in Cincinnati this year, and the marketing of the game by MLB, the Reds, and the City of Ohio, is the subject of today's photo(s) of the day. 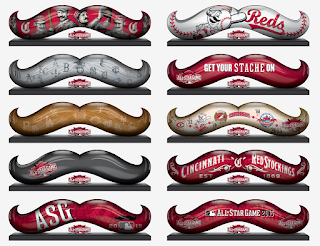 Thank to http://bensbiz.mlblogs.com for Tweeting out the above photo.

The mustaches are a homage to the oldest proffessional baseball players of the Redlegs, and Mr. Redleg himself.

The Reds sent out the pictures of the mustaches on their Twitter page... @Reds 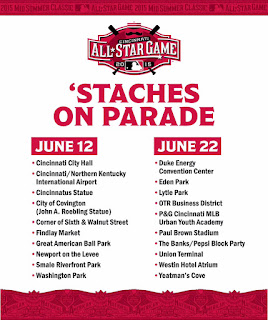 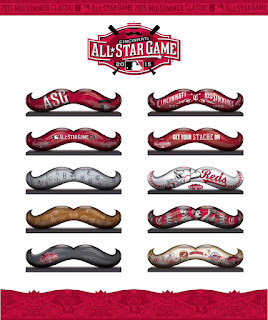 The Reds and the City of Cincinnati are using #AllStarSummer on their Social Media for the game.

86th Major League Baseball All-Star Game will be played on July 14th, and will br broadcast live on FOX.

Be sure to vote for your favorite big league players up to 35 times right here.

Happy Baseball Birthday! to the greatest place on earth for baseball fans, the Baseball Hall of Fame in Cooperstown, New York.

76 years ago today, June 12, 1939, the National Baseball Hall of Fame and Museum officially opened its doors to baseball fans.

I've been fortunate to have visited Cooperstown twice, and enjoyed every single minute of my journey to the beautiful town that celebrates our National Pastime every single  day.


If you're a baseball fan, and haven't been to the HOF, go, I promise you that once you get there, you won't want to leave.

I'd love go go back, and take my Wife, who's never been to the HOF.


Maybe we'll take the time to go when we can go to a HOF Weekend,  maybe when Miguel Cabrera gets his day in Cooperstown.

That reminds me... make sure you VOTE for this year's All-Star teams at mlb.com .


You can vote up to 35 times per email account.

Baseball Photo of the Day

This is a terrific baseball photo, posted by President Barack Obama on his Official @POTUS Twitter page. 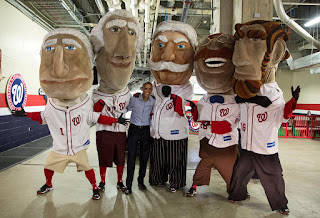 
The above photo clearly shows President Obama's willingness to work with men of various preferences and policies.

Mr. Obama, a devoted fan of the Chicago White Sox, is sharing some laughs with fellow Illinois native, and the very first Republican President, Mr. Lincoln, who, because of his dedication to freedom from suffering for all men, would most definetly be a Chicago Cubs fan.

Let's hope the next Commander in Chief, be it a man...or the very first Mrs. POTUS, will embrace the great game of baseball. 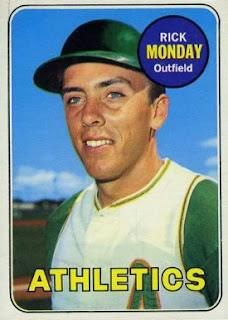 In a few hours all 30 big league ball clubs will begin to add the building blocks they hope will lead to future success of their respective franchises. 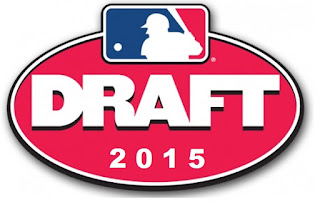 The Arizona Diamondbacks have the #1 selection in this year's draft, and my Detroit Tigers have pick #22.

Good luck to all the young men who will be selected to play big league baseball.


Coverage of the draft begins at 6pm on MLB Network. 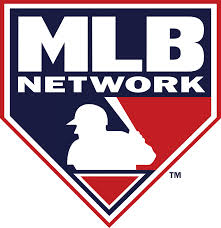 Today we say Happy Baseball Birthday! to baseball's most famous poem, Casey at the Bat. 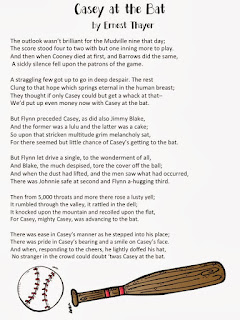 The poem has been printed, posted, acted, and recited more times than any baseball fan can count in 127 years.

I had a chance to pose with Mighty Casey outside Space Coast Stadium in Viera, Florida in March 2009. 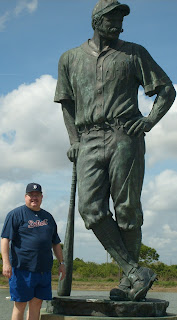 Here in Jacksonville we're honored to have Peter Bragan Jr. , the owner of the Jacksonville Suns baseball team, who challenges local children in schools around the area to learn to recite the famous baseball poem.

"Pedro," as we all know him,  goes around to schools and recites Casey at the Bat.

"...there is no joy in Mudville today, mighty Casey has struck out."

Posted by John Sharp at 3:41 PM No comments: