I saw this story earlier today via CBS Sportsline.com, and after seeing this Tweet, I decided i needed to write about Rick Camp.

Every time I hear a Braves fan talk about Camp it takes me back to July 4th, 1985.

**Meridian is the hometown of both actress Sela Ward and former Boston Red Sox pitcher Dennis "Oil Can" Boyd.**

On that July 4th a few of us gathered to watch the Braves game after the day was done, and I remember going to bed around midnight, or so.

I woke up a couple of hours later to some of my friends cheering loudly.

Remarkably, the Braves game was still on.

Several rain delays, and comebacks on both sides, caused the marathon game to continue.

As I was up and it was the July 4th weekend, I stayed up to watch the rest of the game.

In the 18th inning the Braves trailed, 11-10, and with two outs Camp hit a solo HR to left field to tie the game. 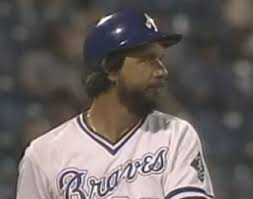 Because MLB won't allow baseball highlights, you'll have to watch the home run...here...Watch the HR here.

It was just one of those crazy games, and even though the Braves lost the game, and he struck out to end the game, Rick Camp was the star of the game.


The Braves Tweeted out this today.

Atlanta Braves ‏@Braves2h
The Braves are sad to announce the passing of former pitcher Rick Camp. Camp is best known for his game tying HR in the 18th inn on 7/4/85.

As I punch the keys on the computer the BEST baseball movie ever made, The Natural, is gracing my TV screen.

It's a cold, blustery day here in Jacksonville, not exactly the weather we expect on April 22nd.

After beating the Mariners on Wednesday night the Tigers were 9-5, with their ace RHP Justin Verlander going for the series sweep on getaway day, Thursday afternoon.

The Tigers lost 2-0 to the Mariners, the first of what is now a 4 game losing streak.

The Tigers then traveled to Anaheim, getting swept by the Angels, who outscored them 22-4.

The Tigers finished their one and only West Coast road trip this year with a 4-5 record, and their 9-9 record is now third best in the A.L. Central, behind Kansas City and Minnesota.

Maybe the Tigers could use Roy Hobbs and "Wonderboy" to help ignite the offense.

The Tigers have the day off and start a three game series Tuesday with the first place Royals.

Vernon broke into the big leagues with the Senators on July 8th, 1939.

Vernon was a 7 time All-Star, and led the American League in triples three times, including a whopping 51 three baggers in '46.

Despite the fact that Vernon served for two years in World War II, he collected 2,495 base hits, 490 of them doubles.

He retired with a .990 fielding percentage, and holds the big league record of recording an amazing 2,044 double plays.

Vernon served as a big league coach for several teams, including becoming the first manager of the new expansion Washington Senators club in 1961.

Posted by John Sharp at 2:28 PM No comments:

The new movie 42, the story of Jackie Robinson, comes out tomorrow, and from all I've read and heard so far, it's a tremendous baseball movie.


I could only find the entire Ford interview, which includes some Star Wars talk and a funny joke told by Ford.

Listen to what he says about his character, Branch Rickey, you can really tell how much he enjoyed playing the man who signed Jackie Robinson for the Dodgers.


I's say Ford is a pretty good likeness for his character of Branch Rickey.

I know, it sounds silly.

After all, Jackie Robinson and Rickey are forever linked together, bound together by the stroke of a pen 66 years ago this week.

But for me, Branch Rickey is much more than the man who signed Robinson.

Born in Flat, Ohio, on December 20th, 1881, Branch Rickey was a devout Christian as well as one of baseball's greatest innovators.

Rickey would go back to college after his release by the Highlanders, attending the University of Michigan, where he received his Bachelor of Law Degree.

Rickey was also the man who coached Hall of Fame second baseman George Sisler at Michigan.

Rickey returned to the big leagues in 1914, as manager of his old team, the Browns.

In 1915 Rickey brought his former player Sisler to the Browns, together again, just like at Michigan.

Rickey manged the Browns for three years, served in World War I, then returned to baseball, first with the Browns again, then to the other St. Louis team, the Cardinals.

Rickey managed the Cards for 7 seasons, and although the Cards weren't very good, it's what Rickey did off the field with the Redbirds that changed baseball.

Branch Rickey was a smart man, after all, he did graduated for Michigan.

While serving as the GM of the Cardinals, Rickey started the first ever baseball farm system, agreeing with hundreds of clubs across the USA to train Cardinal prospects.

The Cardinals farm system brought players like Pepper Martin, Ducky Medwick, and a pair of brothers, Dizzy and Daffy Dean.

Under Rickey the Cardinals would prosper once again, and in 1942  Rickey's Cards won another World Series, led by a shortstop named Marty Marion and a legend named Stan "The Man" Musial.

In 1943 Rickey headed off to Brooklyn, established "Dodger Town" in Vero, Beach, Florida, and started filling up the Dodgers farm system with Negro Ballplayers, including one Jack Roosevelt Robinson.

Rickey went on to the Pittsburgh Pirates in 1950, where he was the teams GM until 1955.

When I see "42" I want to make sure I pay attention to the role of Rickey, and not focus all my attention on Robinson.

Yes, the movie is a tribute to a man, Robinson, who withstood years of racial slurs on and off the ball field, but I also want to make sure baseball fans honor Rickey as well, who stood up to the baseball establishment, and brought a black man into the culture of all white baseball.

It's not the honor you take with you,
but the heritage you leave behind.—Branch Rickey 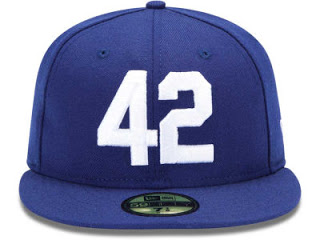 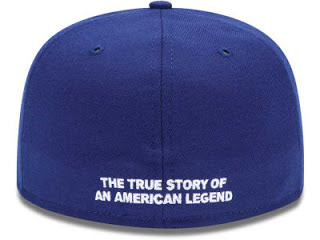 Play Ball!
Posted by John Sharp at 2:57 PM No comments:

Baseball, the Final Four, and more...

Hey everyone, sorry I haven't posted in a while, but I have been unable to get to the Internet in a while.

It's the first week of the baseball season and my Detroit Tigers have started out an even 2-2.

I have to admit its been hard to follow baseball without the Internet or cable/satellite TV.

I have been able to listen to Tigers games on my I phone, and it has reminded me of listening to Ernie Harwell, Ray Lane, and Paul Carey to Tigers games in the late 1960s and '70s.

Its also been an exciting week for all Michigan hoops fans, myself included, as the Wolverine basketball team defeated the #1 seeded Kansas Jayhawks and the #3 seeded Florida gators to advance to the Final Four.

My beloved Wolverines are making their first trip to the NCAA Final Four weekend since 1993, when the talented "Fab Five" strutted their stuff in 1992 and '93.

What a great weekend it would be if the Tigers swept the Yankees this weekend and Michigan won the NCAA Tournament. 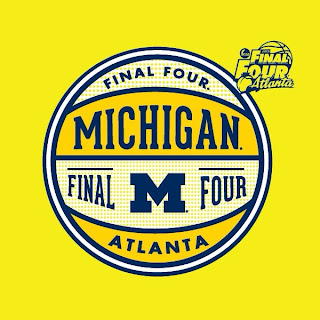 Trey Burke has been named the John Wooden award winner for the 2012-13 hoops season, as well as the AP Player of the Year.

They are great awards, but Trey would be the first to say his teammates are the true measure of his success, and a national Championship is a team effort, and not the result of just one player.

Last weekend I accomplished something that I never thought I'd be able to do.

My Wife and I participated in the annual Arthritis Walk of Jacksonville.

I walked completely around the outside of Everbank Field, home of the NFL Jacksonville Jaguears.

The walk totaled 1.1 miles around, and although it wasn't easy, God was with me every step of the way.

I had the terrific opportunity to me Kyle, a awesome young man, 13 years ole, who's also afflicted with Arthritis.

What made me notice Kyle, and his family, were the t-shirts they were wearing. 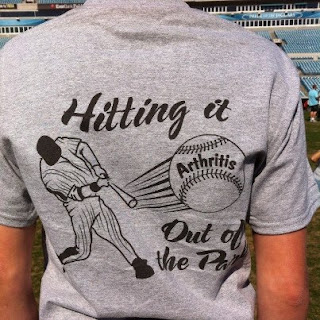 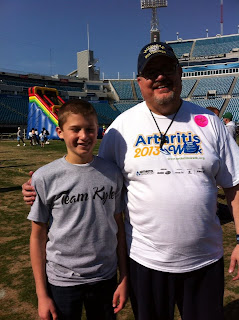 Kyle and his family were very nice to allow me to talk to them about baseball, and for that I am thank them, and hope to meet them again sometime...next years walk for sure.

The baseball season has also started for our local Double A team, the Jacksonville Suns.

The Suns, affiliates of the Miami Marlins, have begun the year with a pair of 5-3 victories over the Jackson Generals.

Well, that's all for now.

Enjoy the baseball and hoops this weekend, and Go Blue!