On July 4th 🇺🇸 of this year we ventured  the 2+ hours from South Portage to Downtown Detroit to watch the Detroit Tigers take on the Cleveland Guardians. 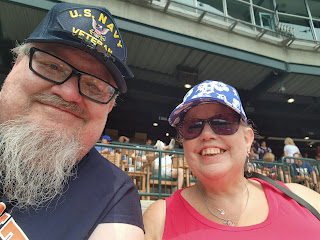 🐅⚾️ The 1pm game was the first of a split Doubleheader, and our first ever big league game on July 4th. 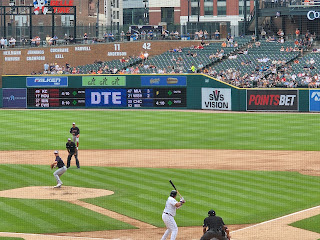 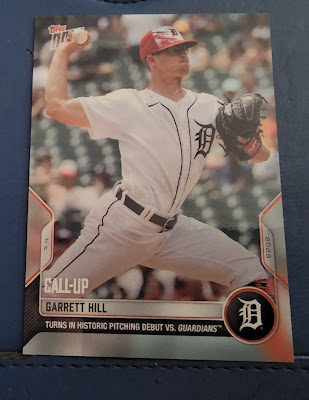 ⚾️  Topps NOW cards aren't for everyone, but when it's a card that's of significance in Tigers history, especially when it's a game that I was in attendance, then I get the card, if possible.
🐅⚾️ Hill was brilliant in his big league debut, holding the Guardians, a team that Detroit has struggled mightily against, to just 2 hits. 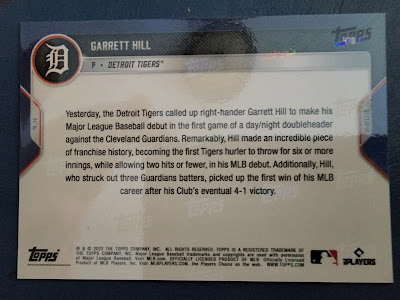 As the back of Hill's card states, the young man made Tigers franchise history, and we were there to see it.
🤔 Have you been to a big league game on July 4th, or on Memorial Day?
Do you get any of the Topps NOW cards?
😊 Thanks for taking part of your day tonstop by and read my post today, it's much appreciated.
Play BALL! ⚾️
Posted by John Sharp at 2:26 PM 2 comments:

Tonight on Twitter the Los Angeles Dodgers announced the passing, at the age of 94, of legendary broadcaster Vin Scully. 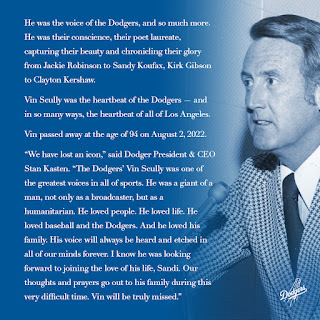