In early 1981 I had the opportunity to meet Bill Terry.

For a young baseball fan of just 21, the chance to go see and meet a big league baseball player...a ballplayer in the National Baseball Hall of Fame was just terrific.

Bill Terry made Jacksonville, Florida his home after playing baseball.

He bought the minor league Jacksonville Braves of the South Atlantic League in 1958.

Mr. Terry is well known here in Jacksonville for his car dealership, Bill Terry Buick, which he ran from 1949 until his passing in 1989 at the age of 90.

I started thinking about that visit today when I saw that it would've been  Mr. Terry's 115th Birthday.

Nearly every baseball fan knows about Ted Williams hitting .406 in 1941, the last player to hit over .400 in a single regular season.

I've always found it strange that Bill Terry has almost been forgotten by baseball fans, who should know that in 1930 he hit .401, the last National League player to hit over the magic number of .400.

I saw this awesome Braves pin from their first year in Milwaukee, thought it would be cool to share it.

The pin is from the Braves first season in Milwaukee, 1953.

The Braves, now in Atlanta, played in Milwaukee through 1965 before moving south to the Georgia capital.

The Braves won consecutive National League Pennants in 1958 & 1959, beating the Yankees in the '57 Series, then losing the '58 Series to the Bronx Bombers.

Before moving to Milwaukee the Braves played in Boston, sharing the city with the Red Sox.
In 1914 the "Miracle Braves" won the first World Series in franchise history.

Below are the three nominated players at each position with a brief comment and my choice.

I must admit that I haven't seen every player nominated, so Ill do my best in those cases.

***Who really knows who the best pitchers are  defensively?
We only see them every five days.
That said, its a Detroit Tigers homer/fan pick for me.
WINNER...Fister.

Joe Mauer has been a great catcher for a long time.
Even though he spends time at first base, Mauer is still the best backstop in the A.L.
WINNER...Mauer

Every time I see the BoSox play I marvel at the passion and skill level of 5' 8" second sacker.
WINNER... Pedroia.

Get ready for many years of Machado and the Gold Glove.
Brooks Robinson's 16 Gold Gloves are safe, but I could see 10+ for Manny.
WINNER...Machado

Ok, I really have no idea who the best shortstop not named Jose Iglesias is.
Two guys named Escobar?
Gotta have two awards this year.
WINNER...the Escobar's

I'm a Tigers fan and have no idea why Andy Dirks, a part time player, is nominated to win a Gold Glove.
The Tigers struggled with the Royals all year.
See the trend...Hosmer, Escobar, now Gordon.
WINNER. ..Gordon

The past two years I've watched as the Tigers battled the A's in the A.L. Division Series.
Reddick made unbelievable plays almost every game.
WINNER...Reddick

OK, tough one here.
Don't know that I've seen Corbin pitch much.
The other two, I've see quite a bit, because of netwok TV games I'm sure.
WINNER...Corbin...of course.

I've seen all of them play, and the young man playing for the Cubbies gets my vote.
WINNER...Rizzo

Both Dodgers named Ellis are nominated this year.
How do the Cubs continue to lose?
WINNER...Barney

From what I saw this season,  the kid for Atlanta will be winning quite a few Gold Gloves.
I have his rookie card.
WINNER...Simmons

Marte in left this year was a huge part of the Pirates first winning season in two decades.
WINNER...Marte

The best outfielder in the National League, regardless of position, plays in the same city, for the same team, that Roberto Clemente played for.
WINNER...McCutcheon

The Braves have another farm system gem in Heyward.
I like his play every time I see him.
WINNER...Heyward

There you have it.

I know many people will take issue with my picks.

Remember, be nice, its just my opinion.

I will miss Jim Leyland.

I've been watching the Detroit Tigers play baseball since the late 1960s, and I can say, without hesitation, that Jim Leyland is my favorite manager to wear the Olde English "D."

I know thats not the popular thing that many Tigers fans want to hear, mainly because those fans think he should've won multiple World Series during his stay in Motown.

Many fans have been very abusive towards Leyland during his 8 years as Tigers manager.

To me, even though every fan has the right to their opinion, I believe every Tigers fan who hated Jim Leyland the past 8 years should become fans of another team.

Maybe they should become a front runner Yankees fan, or become a fan of the Cubs.
Good luck.


In his tenure as Tigers skipper, from 2006-2013, Jim Leyland took the Tigers to places the team hadn't been to in decades, and accomplished things the Tigers hadn't done in over 100 years.

The Tigers won 700 games while Leyland was the manager.

I know that doesn't sound like a lot, but for me, its worthy of consideration as one of the best tenures in Detroit baseball history.

It took 19 years of mostly miserable baseball seasons after the '87 season before Jim Leyland showed up in 2006 to make the Tigers part of playoff baseball again.

The Tigers didn't just lose games before Leyland became the manager, they lost baseball games in historic fashion, including an American League record 119 games in 2003.

There's also that infamous Game 163, in 2009, a game the Tigers lost to the Twins, losing out on the Central Division title.
The Tigers won three consecutive American League Central Division Championships, in 2011-2012-2013.
That was the first time the Tigers had been to the playoffs three years in a row since Hughie Jennings led Ty Cobb, Sam Crawford,  and Hooks Dauss to three straight World Series appearances in 1907-08-09.
Jim Leyland,  along with Tigers General Manager Dave Dombrowski, have re-energized the team, the City of Detroit, and Tiger fans all over the country.
Fans like me.
I guess because I've always been a positive fan, I don't get fans who think their teams should always win championships or the season was a failure because they didn't win it all.
To me, watching the Tigers the past 8 years, under Jim Leyland,  was a huge success.
Jim Leyland resigned Monday as the skipper of the Detroit Tigers.
He will continue to work for the Tigers,  in a new role in baseball operations.
If I ever have the chance to meet Jim Leyland, I will darn sure shake his hand and thank him for everything he has done for my team.
Thanks Jim!
Posted by John Sharp at 1:03 PM No comments:

This new minor league baseball team, the El Paso Chihuahuas, have me as a new fan.

Love the logos...and the ballcap. 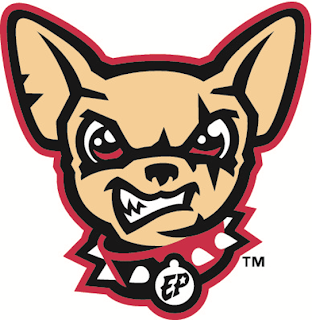 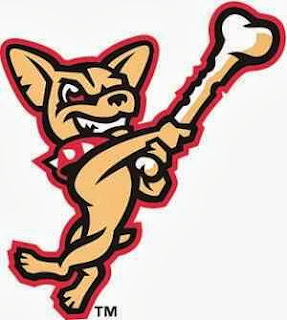 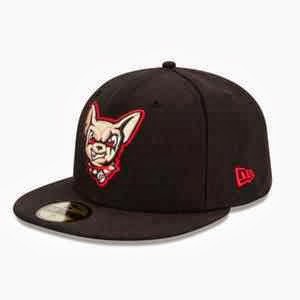 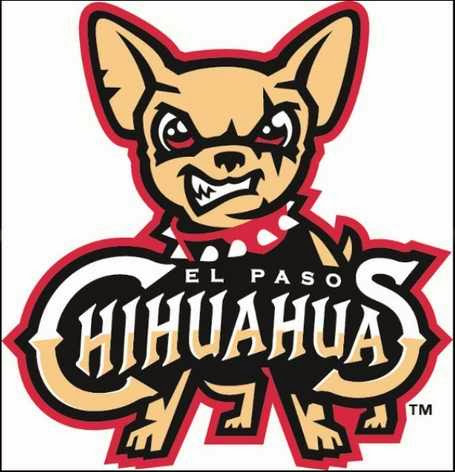 Time for the Annual Baseball Bloggers Awards for the 2013 baseball season.

First up, the awards for the best of the American League. 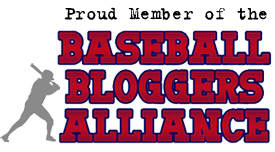 ****this is my second post on the AL BBA Awards. It appears I somehow delete the first post.****

Earlier I posted my Baseball Bloggers Awards for the American League.

Now I submit my ballot for BBA Award winners in the National League.

Every year I participate in the annual post season baseball awards for the Baseball Bloggers Alliance (BBA).

First up is the American League.

As I am doing this from my phone, I won't be doing my usual breakdown of each award.

The Baseball Bloggers Award winners will be announced in November, and I wil follow up a comparison of my ballot and the actual winners...if I get a computer.

44 years later I still remember getting this Tigers Yearbook, which celebrated the 1968 World Series Champions.

Thanks to the folks over at We Love Ernie Harwell Facebook page for the photo. 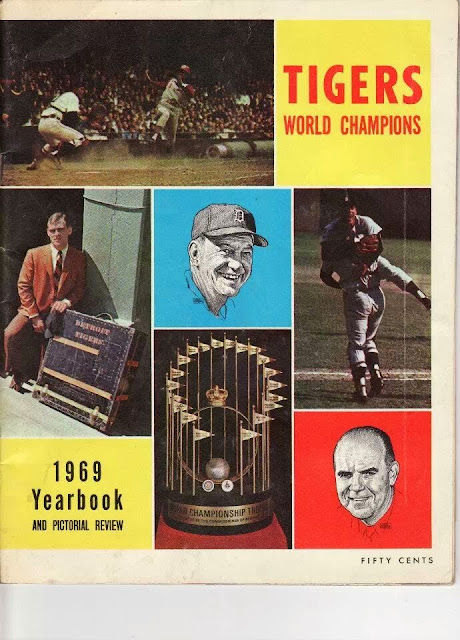 Posted by John Sharp at 7:45 PM No comments:

I guess the lovely Kate Upton, who once dated Detroit Tigers pitcher Justin Verlander, has moved her baseball loyalties for the upcoming baseball playoffs.

Posted by John Sharp at 9:15 AM No comments: