This week Sports Illustrated has combined previews of the 2014 big league baseball post season and the 2014-15 NHL season preview on three regional covers.

Sports Illustrated points out that no team since the 1935-36 sports year have both the World Series and the Stanley Cup Champions resided in the same city.

With that very fact in hand, why didn't SI have a cover with Miguel Cabrera and Pavel Datsyuk on the cover representing the ONLY city to accomplish the feat?

Posted by John Sharp at 6:23 PM No comments:

John Joseph Podres was born on September 30, 1932, in Witherbee, New York, and attended high school at local Minerville HS in Witherbee.
In 1951, at the age of 19, Johnny signed as a amatuer free agent with the Brooklyn Dodgers,  and made his big league debut with Brooklyn on April 17, 1953.
In 15 big league seasons Johnny Podres compiled a 148-116 record, with a ERA of 3.68,   for the Dodgers, Detroit Tigers, and San Diego Padres.
Johnny pitched in 2,265 innings, striking out 1,435 batters, walking 743 batters in 440 big league games.
Podres led the NL in ERA in 1957, at 2.66.
Johnny was a National League All-Star for the Dodgers in 1958, '60, '62.
Johnny won at at least 12 games for the Dodgers between 1957 and 1963... 12, 13, 14, 14, 18, 15, and 14.
His best regular season was in 1961, when Johnny won 18 games, losing just five games in 255 innings pitched, leading the NL in winning percentage, at .783%.
In the 1955 World Series Johnny Podres became part of Brooklyn Dodgers lore and big league baseball history.
The Brooklyn Dodgers won their one and only World Series in 1955, and it was because of the pitching of Series MVP Johnny Podres.
Podres went 2-0 against the New York Yankees, including a complete game 2-0 shutout win in Game 7 at old Yankee Stadium in the Bronx.
Podres pitched 18 innings against the Yankees, allowing just 3 runs, 2 earned, striking out 10.
For his performance Podres became the first ever WS MVP, given out in 1955 by Sport Magazine.
Later that year Podres was also named Sports IlIllustrated Sportsman of the Year.
Johnny won three more WS titles with the Dodgers, all of them in Los Angeles, in 1959, '63, and '65.
After his big league career Johnny became a big league pitching coach, working for the Padres, Red Sox, Twins, and Phillies.
Johnny Podres passed away on January 13, 2008, in Glens Falls, New York, at the age of 75.
Today we remember Johnny Podres and say Happy Baseball Birthday Johnny!
PLAY BALL!

Thanks to my favorite baseball team, the Detroit Tigers, on winning their 4th consecutive American League Central Division Championship!

On to the playoffs!

Posted by John Sharp at 5:45 PM No comments:

Its the final day of the 2014 regular big league baseball season, Game 162.

Baseball is the greatest of all games, a test of resolve that comes down to one game sometimes, as it does in the Motor City and the Windy City today.

My Detroit Tigers, yes, they're mine, have a 1 game lead in the American League Central Division over the Kansas City Royals .

The Tigers host the Twins, and the Royals play at the White Sox, to determine the division champion for 2014.

A tip of the cap to all the great baseball fans out there, keep up your passion for our great game.

A special tip of the cap to Paul Konerko of the Chicago White Sox and Derek Jeter of the New York Yankees as they play their final games of their Hall of Fame careers.

Thanks for the memories.

Posted by John Sharp at 1:04 PM No comments:

One more time, as he plays his final week as a big leaguer, New York Yankees Hall of Fame bound shortstop Derek Jeter is on this week's SI cover. 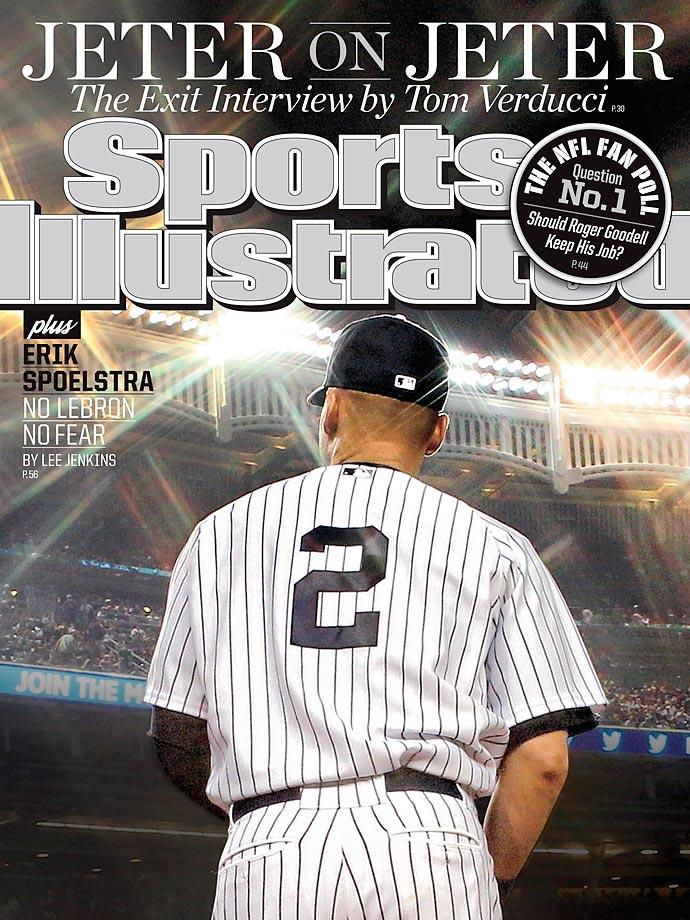 Posted by John Sharp at 2:45 PM No comments:

Hawk went to high school at the Benedictine Military School in Savannah, Georgia,  where he played golf, baseball, football,  and basketball.

Harrelson was signed as a amateur free agent by the Kansas City Athletics in 1959.

In 1968, playing for the BoSox,  Harrelson led the American League in RBI, with 109, playing in the All-Star Game for the only time in his big league career.

In the field Harrelson was a terrific defensive player, making only 41 errors in 4,101 chances, a .990 lifetime fielding percentage.

After baseball Harrelson played proffessional golf, missing the cut in the 1972 British Open by one stroke (+11).

Harrelson waa fired by the BoSox for his criticism of the teams players, and Hawk moved on to broadcasting ChiSox games in 1981, the left the booth in 1985, becoming the White Sox General Manager.

Harrelson was a less than successful GM, firing a young manager named Tony LaRussa, and his assistant GM, a guy named Dave Dombrowski.

I love Hawk Harrelson...there, I said it.

There is no radio or TV play by play announcer with more love of the game of baseball and passion for his team quite like Hawk Harrelson and his beloved South Siders.

From his signature "...you can put it on the board...YES!"  home run calls for the White Sox,  to the "...he gone!"  call when an opposition player strikes out, Hawk Harrelson broadcast ChiSox games with unbridled baseball knowledge and passion.

One of the reasons I love Hawk is that he loves the game, and will praise any player, on any team, for their good play, and criticize any player,  including ChiSox players,  for their poor play.

Hawk is also fantastic when he recalls the history of the game, including his playing days, and his tales of playing against the great American League players and teams of the 1960s.

There seems to be no gray are when it comes to Hawk Harrelson, its either pro Hawk, or anti Hawk.

Hawk has certainly done and said controversial things, but that's Hawk Harrelson,  and I think you have to give him credit for his consistency in the way he calls ball games.

To me, quite simply,  Ken "Hawk" Harrelson deserves to be in the broadcasting wing of the Hall of Fame. 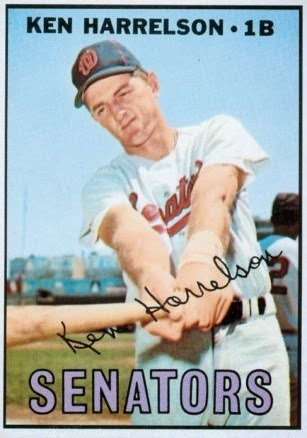 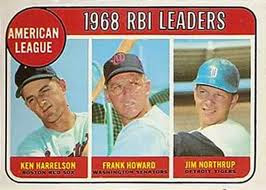 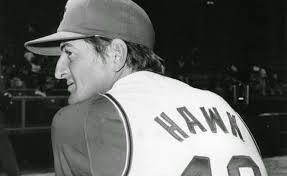 Carlos Irwin Estevez was born on September 3, 1965, in New York City, is an avid baseball fan, and  loves the Big Red Machine and the Cincinnati Reds.

Charlie also starred as Elmer "Hap" Felsch in the movie Eight Men Out, about the 1919 Chicago White Sox scandal that led to the infamous team nickname "Black Sox," as the "8 Men Out" conspired to lose games in the 1919 World Series.

Sheen, in my humble opinion, was brilliant on TV as Charlie Harper on the CBS sitcom "Two and a half Men."

The reruns still make me laugh.

His departure from the show has bern well documented,  and after all, we're celebrating the good that is Charlie Sheen, the Reds fan. 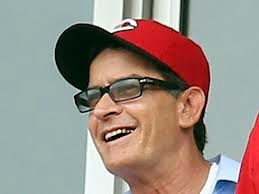 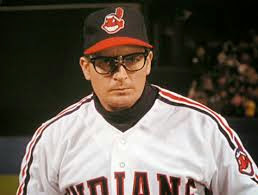 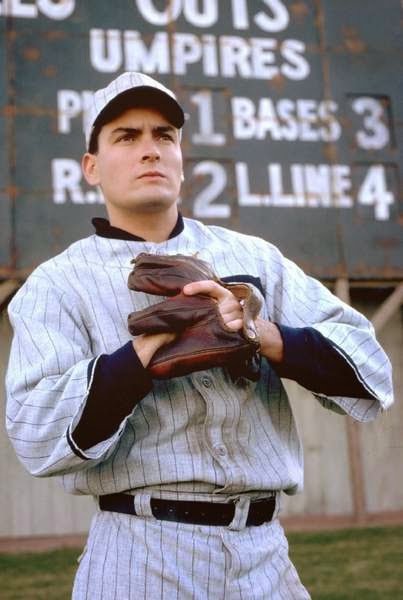 Pittsburgh Pirates All-Star centerfielder Andrew McCutchen is one of the regional covers of this week's Sports Illustrated.

Baseball on the SI cover is always something special on the blog,  and its specially awesome when its a player or team you like, and I love McCutchen and his passion for our National Pastine.

The other regional cover from the SI Instagram page was of Andrew Luck of the Indianapolis Colts.

★★Thanks SI for the great baseball covers you continue to issue.

Posted by John Sharp at 5:19 PM No comments:

Spalding was the best pitcher in the old American Association, winning 52 games in 1884, and 54 in 1875, for the Boston Red Stockings.

As a hitter, Spaulding hit .313,  and played first base and the outfield when not on the mound.

Spalding was alao a big reason the NationaL League was formed in 1876, and Spalding basically ran the league into the 1900s.

In 1878 Spalding Sporting Goods became the official ball of the National League,   with Spalding donating baseballs for every NL team, and paying each NL team $1.00 for every dozen Spalding baseball's used.

Also in 1878, the 1st Spalding Official Baseball Guide was published.

Spalding paid the Senior Circuit a fee to publish his baseball guide,

In 1882, at the age of 31, Albert Spalding became sole owner of the Chicago White Stockings, when owner William Hubert passed away.

Albert Goodwill Spalding passed away on September 9, 1915, at the age of 65, in San Diego, California.

In 1939, Spalding was elected by the Veteran's Committee,  into the National Baseball Hall of Fame in Cooperstown,  New York. 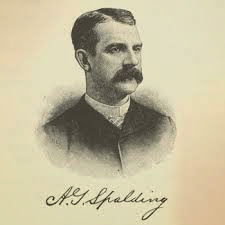 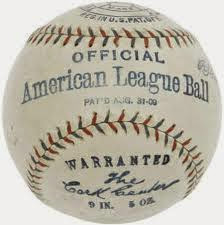 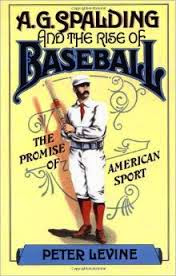 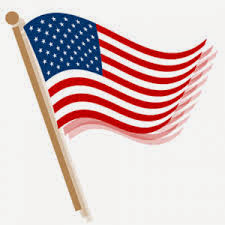 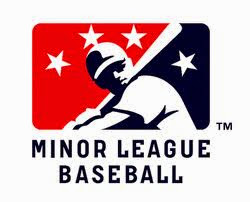