This edition of Football Card Friday! is also a special Happy Birthday! post for my favorite Detroit Lions player growing up, quarterback  Greg Landry, who's 74 today. 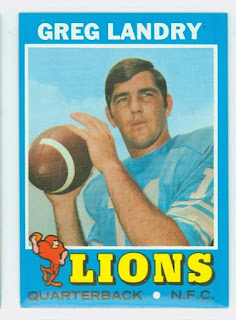 Greg Landry was born in Nashua, New Hampshire on December 18, 1946, played his college football at the University of Massachusetts, and was the Lions 1st round pick of the 1968 NFL Draft (11th overall).
There's a real simple reason I loved Greg Landry as a kid. 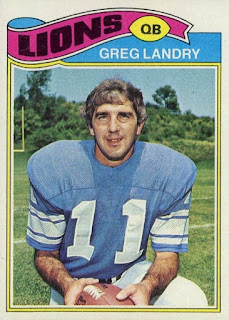 He wore #11, an obvious magical number to me, and when I saw him tossing the old pigskin around, he became my favorite member of the Lions.
👉 Greg would go on to play QB for the old Baltimore Colts, and then the Arizona Wranglers of the USFL.
Greg continued to wear that magical #11. 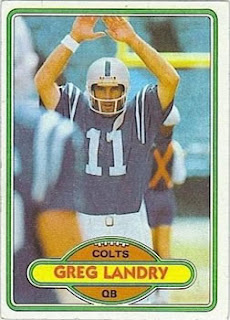 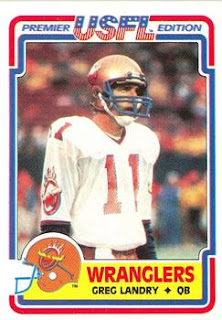 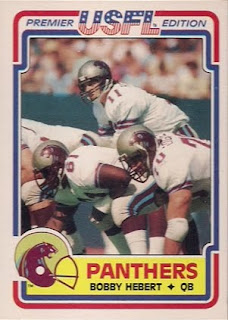 Have a great weekend of football, and thanks for taking a minute to read my blog.
Play BALL!  🏈
Posted by John Sharp at 10:21 PM