Today I have learned of the passing of Virgil "Fire" Trucks. 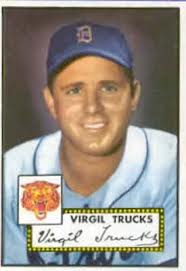 Virgil Trucks spent 17 years in the big leagues, most of them with the Detroit Tigers.

jakob trucks ‏@jakobtrucks2215h
@JustinVerlander my great grandfather is Virgil Trucks.He passed away today. He gave you your no hitter award in 2007. 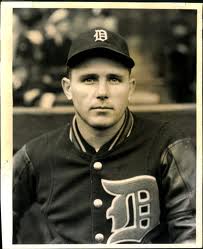 For Tigers fan Trucks is special because of two games in 1952.

In 1952 Trucks didn't exactly have what you would call a good season, winning just 5 games and losing 19.

However, of those 5 wins, Virgil trucks is special in Tigers history for pitching 2 no hitters. 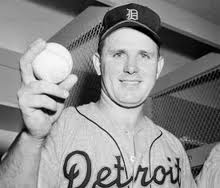 Only four other big league pitchers have accomplished what Trucks did in twirling those two gems in one baseball season, Johnny Van Der Meer(back-to-back in 1938), Allie Reynolds, Nolan Ryan, and Roy Halladay.

Trucks got back from World War II just in time for the 1945 World Series, winning Game 2 vs. the Chicago Cubs as the Tigers won the teams second championship, beating the Cubs in seven games.

We say a prayer for Virgil Trucks, and his family today.

May God Bless them.

Thanks Virgil, for being a great Tiger, and a greater person.

Special thanks to Graham Womack @grahamdude , at Baseball Past and Present for Tweeting the news today.