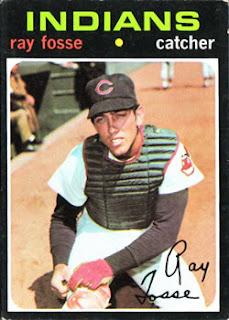 💚 Fosse was one of the catchers of my youth, first with the Cleveland Indians, and then with the Oakland Athletics, where he was a member of back to back World Series Championships, in 1973 & 1974. 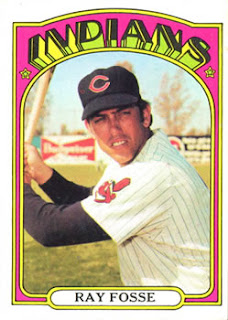 Fosse, the Indians first found draft pick in 1965, finished up his career in Milwaukee, in 1979, having caught 889 games, with a fielding percentage of 985.
Ray was a terrific broadcaster, doing Oakland games since 1986. 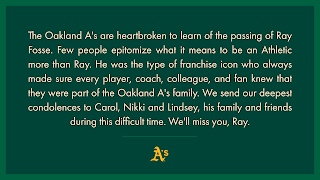 Rest in Peace, Ray Fosse, give Bill Freehan a big hug from all of us. 🙏
Posted by John Sharp at 11:33 PM