Today I thought I'd post some of the books, magazines, and other publications in which Bill Freehan has been included.
First, and foremost, of course, is, Behind The Mask, his diary during the 1969 big league season. 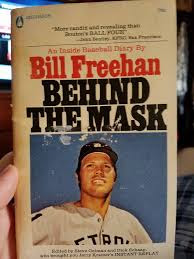 Reading this book as a kid was so fun, I couldn't even tell you how many times that I re-read, and re-read, the book written by my baseball hero.
Another favorite of mine growing up was Greatest Catchers of the Major Leagues, with a awesome picture of Bill on the books cover. 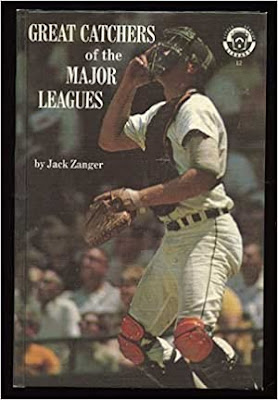 Then, there's the greatest Sports Illustrated cover of them all, the Baseball Preview Issue in 1969. 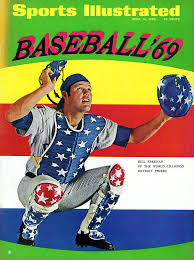 A cool magazine that I definitely need to get, the 1965 Baseball Digest, "The Next Gteat Superstar?" in May, 1965. 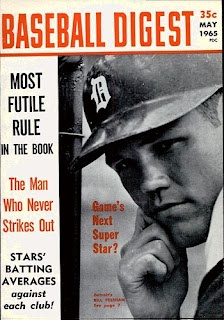 Of course Bill was a Superstar, at least for me.
How cool is this issue of The Sporting News! 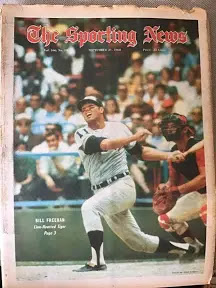 Gotta think Bill smacked that tater pretty good, one of his 25 homers in 1968.
I remember getting this program as a kid at a Tigers game, but it's long been lost. 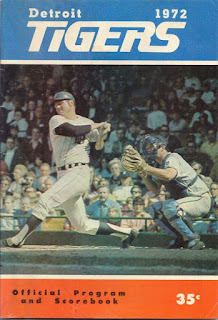 I wish I had that stuff from my childhood at those games,but, heck, it's not the case. 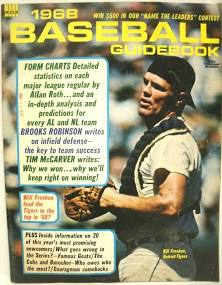 Came across this cool 1968 Baseball Guidebook while doing research for the post today.
Gosh, there's so many awesome publications with Bill Freehan on the cover, I'd really like go obtain as many as I can, especially because the 1968 Baseball Guidebook.
I hope ya'll are enjoying your Thanksgiving Day Eve tonight, and,  again, say thanks for stopping buy to read my blog.
Have a great Turkey Day! 🦃🏈
Posted by John Sharp at 9:54 PM