The Best There Ever Was

Continuing with his weekly Save Second Base contests leading up to his annual October daily posts, our buddy Collecting Cutch has asked us to  post about our favorite baseball (or sports) movie and how it ties into our card collection.

The first part of this is easy, as I've stated many times that The Natural is the greatest baseball movie ever made. 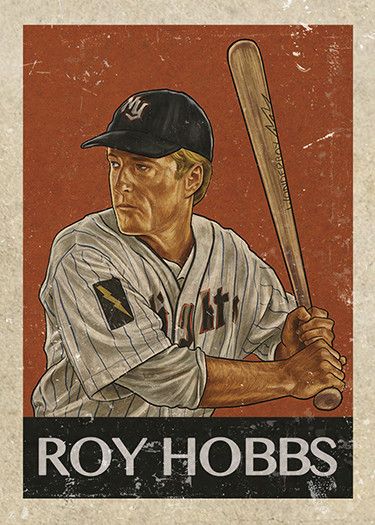 In the movie Roy Hobbs comes out of nowhere to slug his way to stardom.


In much the same way that Hobbs came through adversity to make it back to the big leagues, a young slugger, once a big leaguer himself, was making his way back from Japan, and he, like Hobbs, would gain fame and celebrity for his mammoth homers.

In 1990 Cecil Fielder signed to play for my Detroit Tigers after playing a year for the Hashin Tigers of the Japan Central League. 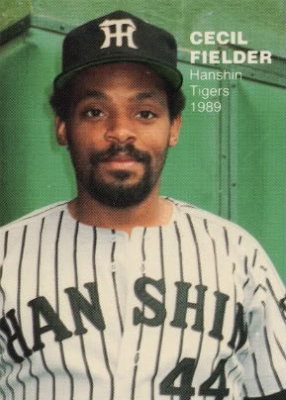 In 106 games Fielder smacked 38 home runs, and that had my Tigers reach out and offer a contract to the former Royals and Blue Jays player.


My favorite baseball card of Big Daddy is this Stadium Club that Cecil Fielder signed...it's not an insert card, it's just a card that he signed in person. 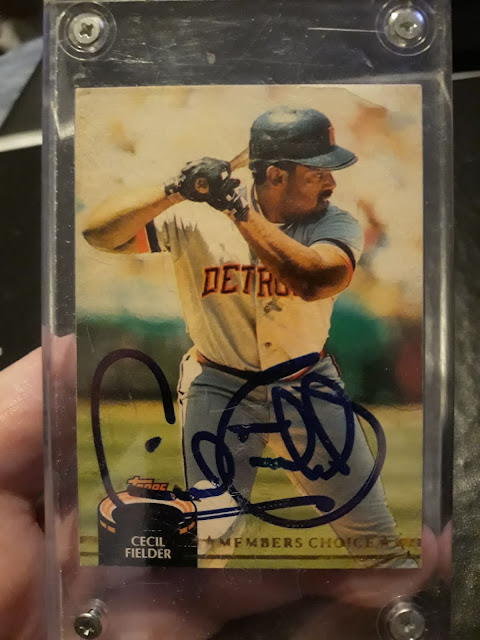 
In six and a half years in Motown, Fielder smashed 245 HRs, w/ 758 RBI while wearing The Olde English D.


Now, the card I posted doesn't come in a pink variation, I did find a couple cards of Big Daddy with some pink on the card. 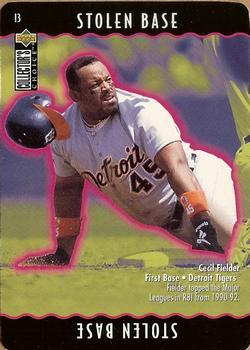 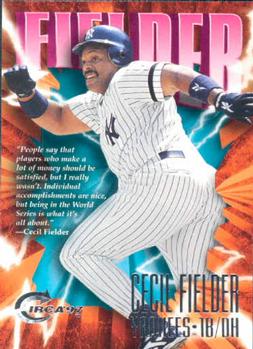 The contest over on Cutch's Blog goes through September 25th, so make sure to head on over and get those entries in.

As I was finishing this post up I was watching FBI on CBS, starring the beautiful Sela Ward. 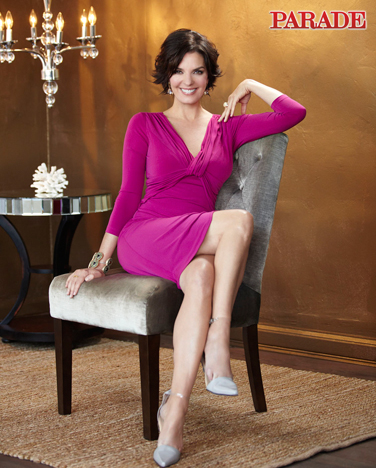 Sela has been one of my favorite actors since the mid 1980s.

Have a great weekend, and, please, remember to be kind to one another.