Saturday night at "The Big A" in Anaheim, Justin Verlander became just the 18th pitcher to strikeout 3,000 batters in the 150 years of the big leagues. 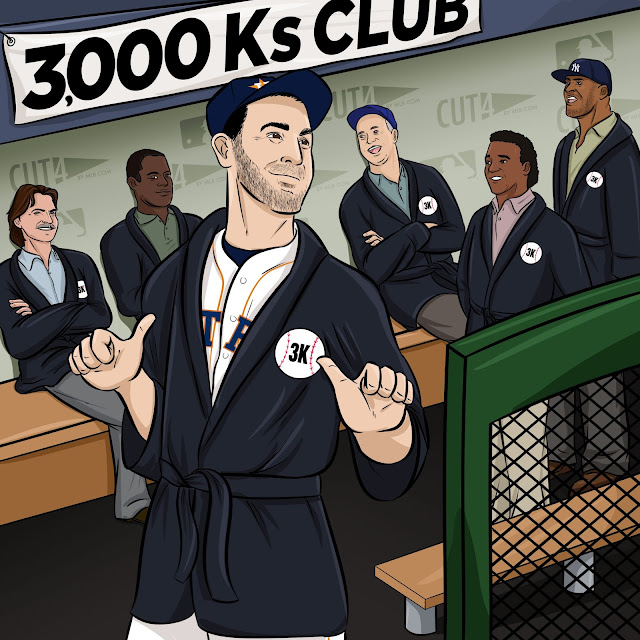 ➡️➡️ Thanks to CUT 4 on Twitter for this awesome picture! 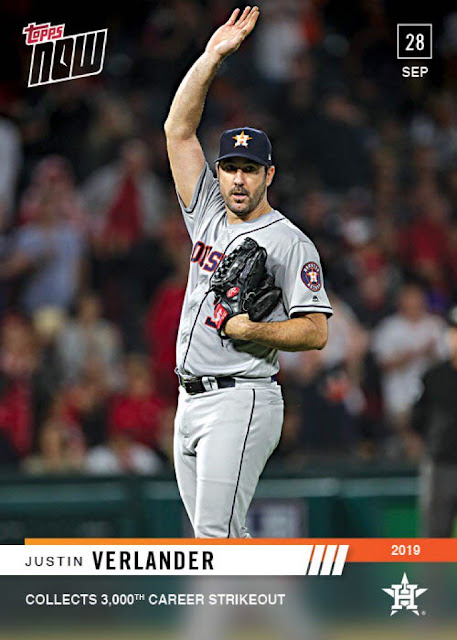 3️⃣0️⃣0️⃣0️⃣  If Justin Verlander doesn't win the A.L. Cy Young Award this year, the Baseball writers who didn't vote for him should lose their ability to VOTE!


➡️➡️ The Astros go into the American League playoffs with home field advantage and the best pitching staff in baseball.

Verlander, Gerrit Cole, and Zack Greinke will make it extremely difficult for any team to beat them in a series, and I believe the Astros will be back in the World Series.

♀️♀️ Speaking of K's, a reminder to all of you that October is almost here, and that means we will all need to head over to Collecting Cutch's blog and help him raise awareness of the horrible disease of Breast Cancer.


Cutch has a K Cancer Contest going on right now...

... 🤔 Which pitching staff will strikeout the most batters this postseason?


My entry in his contest will be, of course, the Astros. 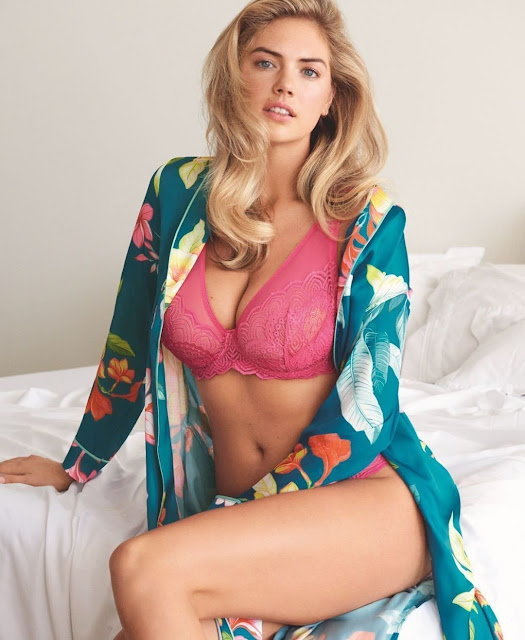 Remember, if you have a nominee for Cutch to honor this October, head on over to his blog, or go hit him up on Twitter.


As the baseball season comes to an end for most teams, included by Detroit Tigers, it's good to have something to look forward to besides the games, and the Cutch Save Second Base Contest will certainly help. 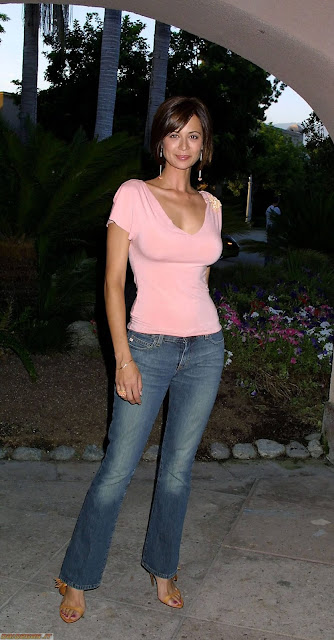 ... the beautiful Catherine Bell will be back as LT. Commander Sarah McKenzie on tonight's season premiere of NCIS: L.A.

Have a great week!