When I first saw this picture on Instagram yesterday I just knew that I had to share it as the first Baseball Picture of the Day for 2019. 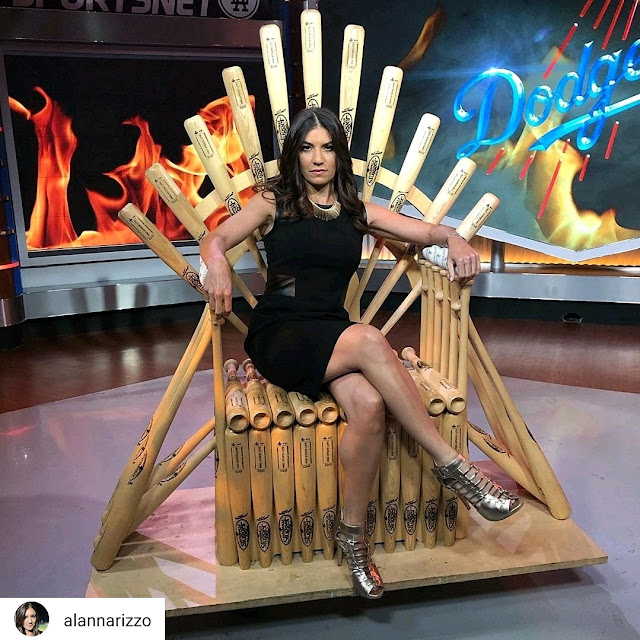 
It's just is about as awesome a picture as you'll see to get you excited about the start of Spring Training in a couple of weeks.


⚾️📺 Alanna Rizzo is an outstanding broadcaster that I first came to know from her time on the MLB Network, especially when she would hang out with Chris Rose and Kevin Millar on International Talk and give her famous Rizzo Report.


👍 It's a bonus when the Dodgers are on late night West Coast games on the MLB Network, as they have as good a broadcast crew as you'll find, with Joe Davis, Orel Hershiser, Nomar Garciaparra, and Alanna.


If you're on Twitter, make sure to follow her during the baseball season...you don't need to be a Dodgers fan...just a baseball fan.


As I finish up this post I'd like to personally thank Alanna for not only this awesome picture, but for her passion and professionalism in reporting on the great game that we love. ❤