151 years ago today, on November 19, 1863, President Abraham Lincoln gave his famous Gettysburg Address commemorating the final resting place for the fallen soldiers at the Battle of Gettysburg during the United States Civil War.

"Four score and seven years ago."

Baseball was a huge part of the Civil War, as soldiers used the game to interject some fun and recreation during the lulls in between conflicts.

Baseball was recently a new sport in the 1860's, and play during the Civil War helped the expansion of the game throughout the United States and the Confederacy.

Baseball boomed after the war as soldiers from both sides took the game of baseball back home with them and introduced baseball to their hometown's across the country.

President Lincoln spoke for a little more than two minutes, yet the few words he did speak became this countries greatest speech ever given by a sitting Commander In Chief. 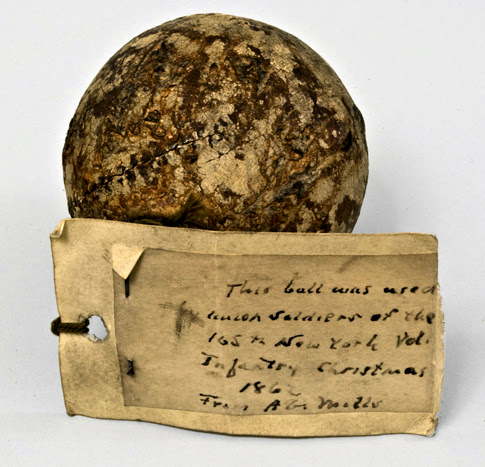