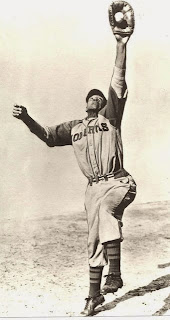 Buck O'Neil was a resident here in Jacksonville,  Florida,  were he graduated from High School and attended  Edward Waters College.

Buck was a barnstorming ballplayer who became one of the best 1st Baseman in the Negro Leagues, winning the Negro American League batting title in 1947, hitting .350. 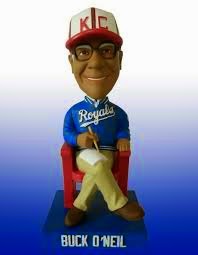 Buck continued to play first base and manage the team through 1951, and would be an occasional pinch hitter through 1955.


After his playing days Buck became a scout and coach, becoming big league baseball's first African-American coach, in 1962, with the Chicago Cubs.

In 1988 Buck O'Neil became a scout for the Kansas City Royals,  and was the Midwest Scout of the Year.

In 1990 Buck left scouting to help establish the Negro Baseball League Museum in Kansas City,  and was on the Board of Directors until he passed away.

Buck became an overnight sensation when he was profiled during Ken Burns Baseball on PBS in 1994.

Buck O'Neil lived and loved the game of baseball until his death on October 6, 2006,  in Kansas City. 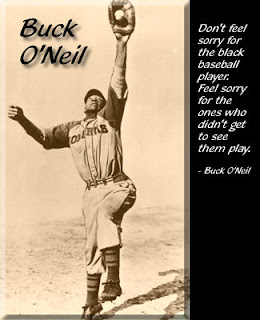 During every Royals hone game a luck baseball fan gets the priviledge if watching baseball ftom the Buck O'Neil Legacy Seat. 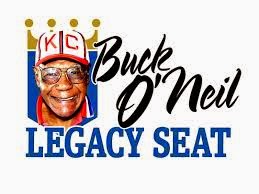 Buck O'Neil was, and still is, what's great about baseball, and one day baseball will be much better off because some smart guys in baseball woke up and sent Buck to his rightful spot, in Cooperstown,  New York,  in the Baseball Hall of Fame.