There's been six (6) no-hitters already tossed in the 2021 big league baseball season, and that's not including the 7 inning no-no tossed by the Diamondbacks Madison Bumgarner on April 24th.
If Im feeling well, I always go to Twitter on the pitchers first start after a no-no, and, as soon as that pitcher hives up a base hit, I immediately tweet out "Johnny VanDer Meer Lives!," in honor of the only pitcher to toss back to back no hitters. 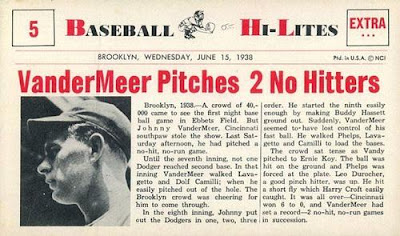 👉 In 2021, I'm pretty sure VanDer Meer isn't known by 90% of fans and ballplayers combined.
After the Tigers Spencer Turnbull threw his no-hitter against the Mariners just a week ago tonight in Seattle, broadcaster Jack Morris asked Spencer if he knew who Van Der Meer was...and, of course, he didn't. 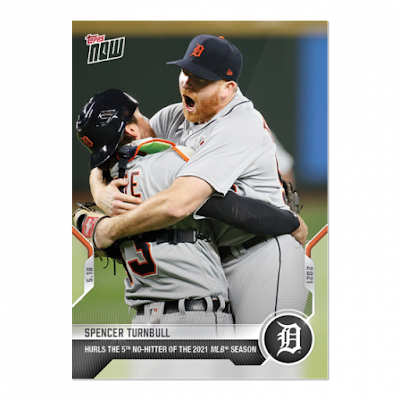 John Samuel VanDer Meer broke into the big leagues with the Cincinnati Reds on April 22, 1937 against the Cardinals, was part of the Reds 1939 & 1940 National League Championship teams ('40 WS Champ), was a 4 time N.L. All-Star, and won 119 games, however, he's always gonna be known as "Double No-Hit."
For me, VanDer Meer should be more celebrated about something that is certain (99.9%) to never happen again.
🐯⚾ Being a Detroit Tigers fan, In gonna go out on a limb and say that Casey Mize will throw a no-hitter one day, and, although he's not up in the big leagues, look for Matt Manning to toss a no-no in his Tigers career.
🤔 Who's a pitcher from your favorite team that you think will throw a no-hitter?
Thanks for taking time to check out this post, I'm much appreciative.
Have a great after hump day week.
Play BALL! ⭕⭕⭕⭕⭕⭕
Posted by John Sharp at 10:51 PM