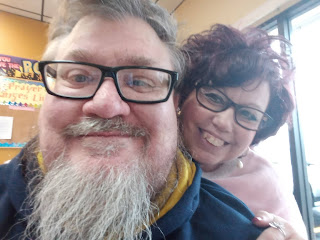 😘 Every day is awesome when you're together with your favorite person, right?
🐯 For this week's Tiger Card Tuesday! I thought it would be an appropriate day to show off one of my favorite "couples cards" 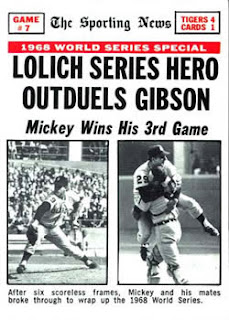 1969 brought us Tigers fans extra cards to collect after the club won the World Series the year before, beating the St. Louis Cardinals in Game 7, 4-1. 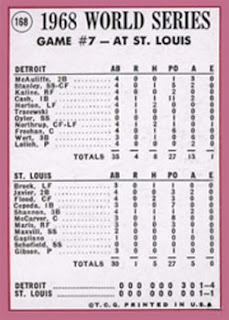 Mickey Lolich won Game 7 on just two days rest, winning his 3rd game of the Series, and clinching the World Series MVP.
👉Did you know? 🤔
🐯⚾ Mickey Lolich and Bill Freehan hold the Big League record for most starts by a pitcher and catcher?
3️⃣2️⃣4️⃣ From 1964-75, the Tigers duo started 324 games as pitcher and catcher.
For me, this stat, plus their many other on field accomplishments, is more than enough to have both elected by the HOF Veteran's Committee one day.
My 1969 Topps World Series card has a nice autograph on it! 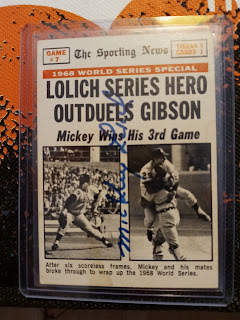 Enjoy your Tuesday, and thanks for stopping by to read my blog.
Play Ball! 🐯⚾
Posted by John Sharp at 11:41 AM