On Monday it was announced that Whitaker was officially on the 2020 Modern ERA Ballot for the Baseball Hall of Fame, and Tigers fans are ready to help get him there.

On Twitter I asked that fans use the hashtag #SweetLouHOF in their posts, in support of Whitaker, and I've also seen #LouHOF2020 and #WhitakerHOF. 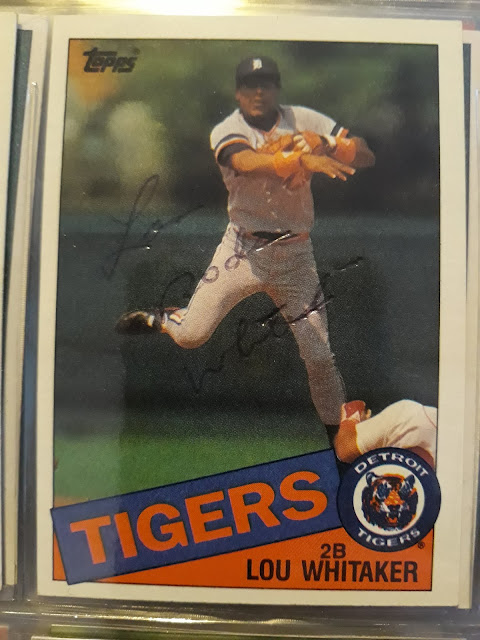 1️⃣ Yes, "Sweet Lou" signed this card for me at a Spring Training game back in the 1980s.

The cool thing about the 1985 Topps cards is the TIGERS team banner and players name are all in the clubs colors.

🐯 How awesome is this baseball card as we see Lou turning one of his 1,527 double plays as a Tigers second baseman, just above that great Detroit Tigers logo!


The Modern Committee definitely has plenty of great ballplayers to choose from, including Dale Murphy, Tommy John, and Ted Simmons, with a player needing  75% of the 16 votes cast to be elected.


If you had a vote, what player, or players, would you elect from the Modern Ballot?


Have a great week.