On Sunday afternoon in Chicago Miguel Cabrera became just the 4th Detroit Tigers player to hit 300 home runs when he hit his 30th homer of the season off ChiSox starter Chris Sale in the 1st inning of the Tigers 5-3 win. 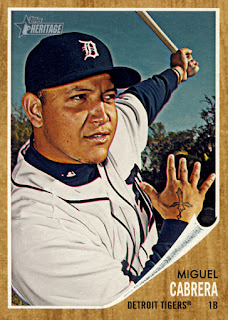 
Cabrera also homered off Sale in the 3rd inning, another solo shot, bringing his career home run record to 439.


Only 5 players... Hank Aaron, Willie Mays, Eddie Murray, Raphael Palmiero, and Alex Rodriguez have accumulated both 3,00 hits and 500 homers, with the Angels Albert Pujols soon to join the club, just 195 base knocks away from 3,000...to go along with his 589 home runs.


Also, no Detroit Tigers player has ever hit 500 HRs as a Tiger hitter...Cabrera can become the first if he gets to 638 career dingers.

Congratulation! to Miguel on joining the Tigers HR list...I'm sure when all is said and done the club record book will be top heavy with Miggy's name at the top.