The New York Yankees host the Houston Astros in the American League Wild Card Game tonight at Yankee Stadium in the Bronx. 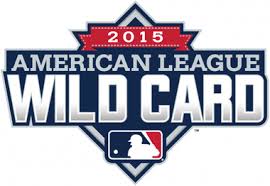 Im not particularly good at picking games, but here goes...


How can any non-Yankees fans root for the guys in Pinstripes?

I'll root for the Astros, with a young, exciting group of players like Jose Altuve, Carlos Correa, and Dallas Kuechel.

It's terrific baseball when the Yankees lose in New York.