The Brooklyn Atlantics played baseball before the Civil War, won two championships, and in 1870 the Atlantics beat the great Cincinnati Red Stockings, the first loss for the famous Queen City team in two years.

With all that history, they're now much more famous because of a find at a yard sale in Maine. 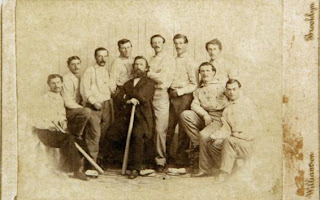 A picture of the 1865 Atlantics, nine players and the teams manager was put onto a card, and is considered by the Library of Congress to be an early baseball card.

Thanks to yahoosports.com, usatoday.com and the current Atlantics team, www.brooklynatlantics.org for information gathered for this post. 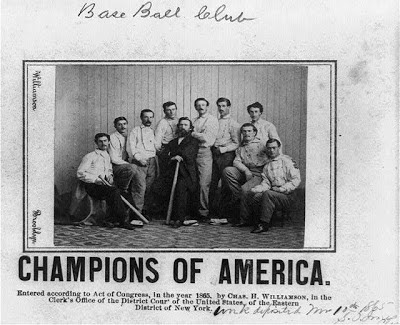