In the United States approximately 12% of all women will get breast cancer, including 85% of women who have no family history of the disease.

In a little more than two weeks, our friend Collecting Cutch will kick off his annual Save Second Base campaign.


Earlier this year the disease claimed actress Kelly Preston, at the age of 57. 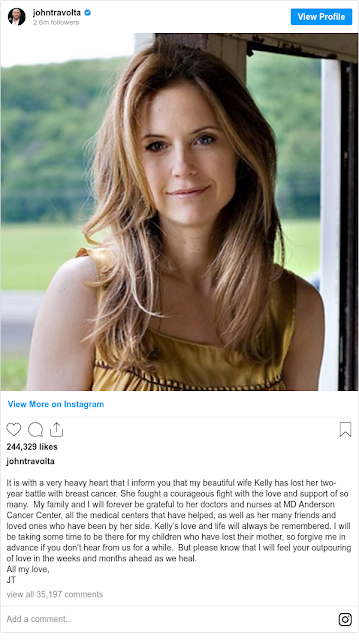 Preston, who began acting some 40 years ago, is famous for roles in movies like Twins, Jerry Maguire, Jack Frost, and, my personal favorite, For Love of the Game . 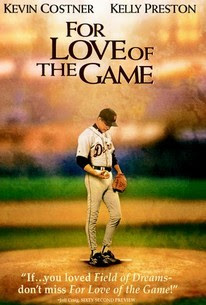 Preston was married to John Travolta in 1991, and the couple also started in a couple of movies together, including Gotti, and the infamously bad Battlefield Earth.


Trying to pick my favorite Travolta movie isn't as easy as saying it's Grease, because I only like the movie because of the beautiful Olivia Newton-John.


I'm going with the hilarious Get Shorty, a movie that's probably not high up on the list of most Travolta fans.


My other possible choices were Swordfish, Wild Hogs, and The General's Daughter.


Make sure you follow CUTCH, and let's all get behind him as he brings awareness to Breast Cancer.