There's Only one Miggy

Series One Topps Baseball Cards haven't been out a week yet, but I've found a early candidate for worst card of the year.

Look at this card and tell me what's wrong. 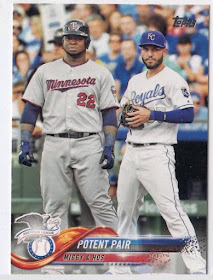 Miguel Sano has played in the big leagues since 2015.

In all the baseball games I watched him play in, all the MLB Network and ESPN shows, all the baseball related articles I've read about the young slugging 3rd Baseman of the Minnesota Twins, not one single time did I ever hear or see him refered to as... Miggy.

Miggy... are you kidding me with this Topps?

How can this happen...who's the proof reader responsible for this travesty?

The only Miggy playing big league baseball wears the uniform of the Detroit Tigers, and his name is Miguel Cabrera! 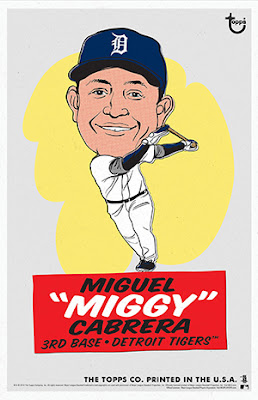 OK, I get it, as a Tigers fan I'm probably overly sensitive to this, after all, it's just a baseball card, right?

Baseball cards are an important part of being a fan and card collector.

It's a little thing on the card, "Miggy," but to me, and many Tigers fans, having a 4th year Twins ballplayer being refered by the same nickname as our legendary slugger, well, it's just not right.

If you think I'm crazy, OK, but hit the links to both players baseballreference.com pages and look at their " nicknames" and you'll find that I'm right.

There's only one Miggy...and his name is Miguel Cabrera!